Danielle Brooks’ Weight Loss: How Many Pounds Did The Instant Dream House Host Lose? Look at the Before and After Pictures! 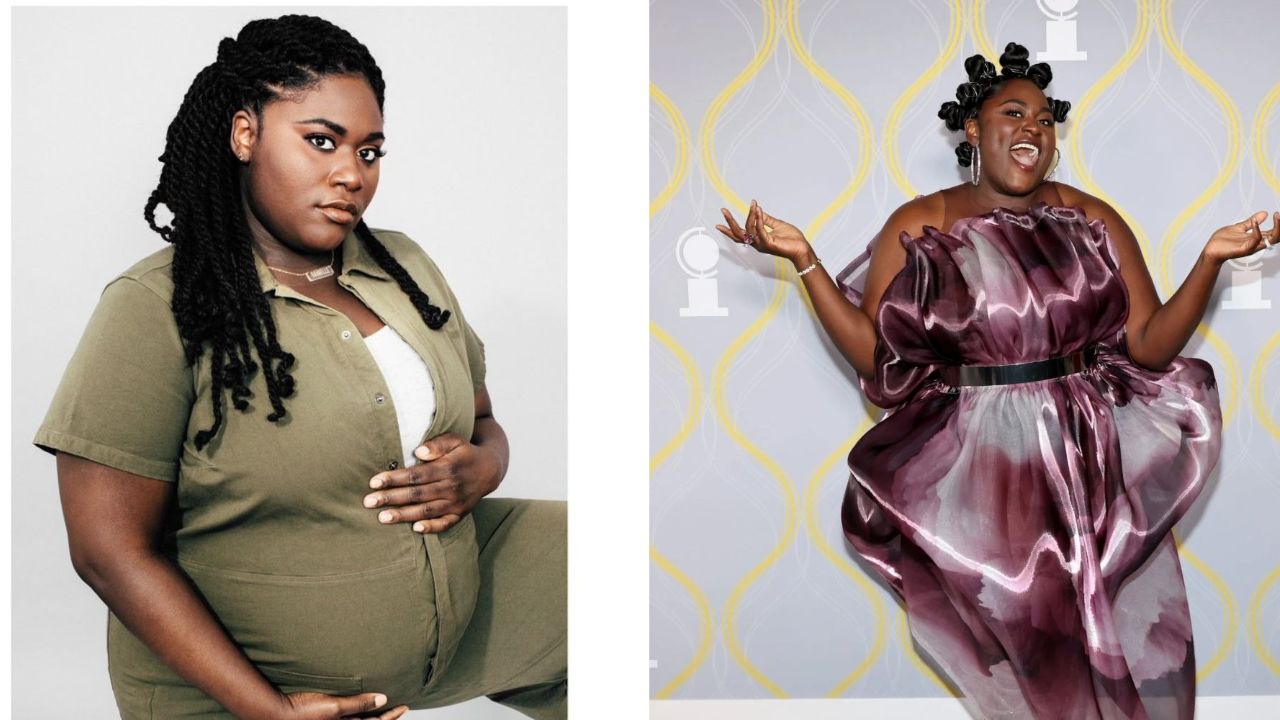 Danielle Brooks’ weight loss surprised her fans and the viewers of Instant Dream House, a Netflix reality show she’s hosting. About two years back, The Orange is the New Black star revealed that she had lost only 20 pounds out of the 60 pounds she gained during her pregnancy with her first child. Danielle Brooks had also revealed that she was on a weight loss journey then.

Danielle Brooks is an American actress and singer who is best known for her playing the roles of Tasha ‘Taystee’ Jefferson on the comedy-drama series Orange Is the New Black and Leota Adebayo on the superhero series Peacemaker. She has a Tony Award nomination to her name for her portrayal of Sofia in the 2015 Broadway production of The Color Purple.

The actress has got a new hosting stint on a new Netflix reality show called Instant Dream Home. In the show, she debuted her new body after weight loss which surprised her fans. Continue reading to learn more about Danielle Brooks’ weight loss.

Previously, we touched on the weight loss efforts of Dan Schneider and Rob McElhenney.

Danielle Brooks (@daniebb3) had undergone a weight loss of about 20 pounds after pregnancy before she lost some more.

So Danielle Brooks has gone from acting on Orange is the New Black to hosting a reality show Instant Dream Home. And while fans are all happy for her that she landed this hosting stint with Netflix three years after Orange is The New Black ended, they were also surprised to see that she looked slimmer and had a weight loss although they should not have been because about two years back, she said that she was on a journey for weight loss after giving birth to her first child.

Danielle Brooks first rose to fame when she played Taystee in Orange Is the New Black. The character she played in the series and herself was celebrated for providing representation for plus-size black women among a diverse cast. And as a plus-size woman, she has long been an advocate for body positivity. But she had her weak moments as well after her pregnancy when her weight loss journey didn’t go as planned as she revealed in an Instagram post.

Danielle Brooks opened up about how shameful she felt about gaining weight when she was pregnant with her daughter in 2019. Not exactly for gaining weight but for not being able to maintain her normal body weight post-pregnancy. She was not happy with herself that after a year of birthing her baby, she had only lost 20 pounds roughly out of the 60 pounds she gained. That weight loss was not enough for her.

She said that she was hoping to post that snatchback photo like so many celebrities miraculously do but sadly for her, she never got around to bouncing back from the weight gain to wow her followers with post-pregnancy weight loss. So, she muted her voice for a few months as opposed to how vocal she used to be and how she would have been otherwise. She also said,

After having her I was very discouraged to talk about my body because for the longest I’ve called myself ‘the voice of the curves,’ and here I am not as curvaceous as I wanted. I think it’s important to bring that into the conversation too. It’s not always gonna be perfect, you’re not always gonna feel beautiful and that’s OK to acknowledge.

But clearly, Danielle Brooks got fed up with feeling bad about herself for not having the weight loss like she had planned. She probably began to think that she was going to work for it and it will happen when it happens. She really wanted to shed her weight. So, she got triggered when Lizzo got criticism for doing a Detox diet. She probably didn’t appreciate how people were making Lizzo feel about losing weight.

So, Danielle Brooks spoke out in support of the Juice hitmaker. She said the fat girls like herself and Lizzo should be allowed to make healthy choices publicly without being made to feel like frauds for trying to be healthy. She felt it was important to share the journey (whether people may like it or not) as a reminder that fat girls were not alone,  they didn’t always get it together, and that they were all works in progress.

She said that she wanted to continue to feel strong and sexy without catching ‘the sugars’ diabetes or any other disease. And it was okay showing the in-between of growth because people don’t always have it all the way together.

So, Danielle Brooks, since then, has had a noticeable weight loss that has got the Instant Dream Home viewers shocked. However, we don’t know the exact figure of how many pounds she has lost.