Garth Brooks Weight Loss 2022: The Country Singer Showed off His Fit Physique in Concerts in Ireland! 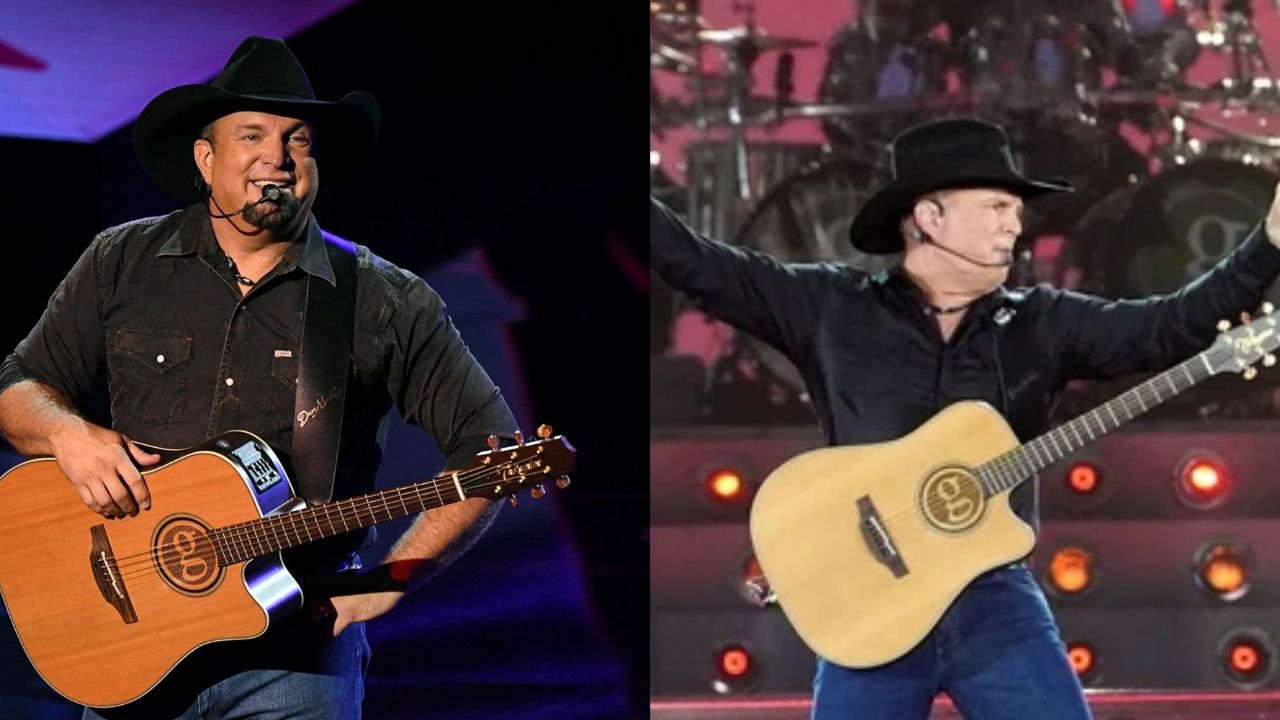 Garth Brooks debuted his fit physique after a significant weight loss of 50 pounds in concerts in Ireland. The concerts held in Dublin’s Croke Park in Ireland were sort of a reunion for him as he was returning to the venue in 2022 which is 25 years after he last performed there. Revisiting the concert hall from 25 years ago inspired Garth Brooks to get in shape and hence, embark on a weight loss journey.

Oklahoma-born Garth Brooks is a well-known country singer, songwriter, and musician. His occupations include acting and film production. He is a well-known figure in country, country rock, and country-pop music. He is the only artist in music history to have had nine albums certified diamond in the United States.

Furthermore, he has received numerous awards throughout his career, including two Grammy Awards, 17 American Music Awards, and the RIAA Award for best-selling solo albums artist of the century in the United States. Similarly, Brooks is one of the world’s best-selling musicians, with over 170 million records sold.

Garth Brooks, 60, was born on February 7, 1962, to Troyal Raymond Brooks and Colleen McElroy Carroll. He has one sister, Kelly, and four half-siblings, Jim, Jerry, Mike, and Betsy. Brook received his education at Oklahoma State University. He was most active in a variety of sports. He later earned a degree in advertising in 1984.

The country music superstar recently showed off his physical transformation after a significant weight loss in an Ireland concert. He said that the transformation was not just for show but for performance. Fans are eager to learn more about Garth Brooks’ weight loss he showed off in Ireland. Here is all you need to know!

Previously, we touched on the weight loss efforts of Alec Baldwin and Kyle Richards.

Garth Brooks (@garthbrooks) recently debuted his new body after a significant weight loss of 50 pounds and showed off his lean physique in his Ireland concert. The country music superstar completed a five-night performance in Ireland, and in an interview with the press prior to the event, the 60-year-old revealed that he’s back to the weight he was at age 35 after his weight loss which has him feeling like a younger version of himself. Garth’s stadium tour came to an end with the Croke Park performances.

The 60-year-old singer-songwriter was joined by his wife Trisha Yearwood for the Croke Park concerts in Ireland. The concerts were a sort of reunion in that he was returning to the venue after performing there in 1997. After revisiting the concert hall from 25 years ago, Garth was inspired to embark on a weight loss journey to get in shape. Brooks revealed that he has lost 50 pounds in order to run around the stage during his much-anticipated five-night run at Croke Park.

For Garth Brooks, the transformation and weight loss were about more than just appearances. It was more about performing. He explained that fitness had become a priority after 16 years of being a soccer dad to his three daughters because at his job as a performer, he had to move a lot and he didn’t want that to be an obstacle for him physically. According to photos from the event in Ireland which showed him after his weight loss, his mission appears to have been completed. Garth’s fans were taken with his new fit physique.

Garth Brooks and Trisha Yearwood shared a recent Instagram video, and fans reacted positively to the transformation after weight loss. The couple treated their trip to Ireland as a second honeymoon. The couple was also spotted in Dublin, where they participated in an impromptu singalong with fans at Portland Place. As Brooks posed for photos after weight loss, a large crowd gathered around him and began singing his hit The Dance.

Garth Brooks is married to Trisha Yearwood, a fellow country singer. Trisha, like her husband, is a well-known country music performer. She not only sings, but she is also the author of two best-selling cookbooks. Trisha’s Southern Kitchen is a Food Network show hosted by Trisha. She’s in Love With the Boy was her first single. The singer was born in Monticello, Georgia.

The two singers met while recording a demo in 1987. The two hit it off right away. Garth told Trisha that if he gets a record deal, she can open his shows. They toured together and sang duets as promised. Trisha and Garth were seen together at events in 2002. They got married in 2005.

But before that, the songwriter was married to his first wife, Sandy Mahl, for fifteen years. Garth Brooks and Sandy met for the first time in a bar near Oklahoma State University. They attended a college in the Midwest. Brooks worked as a bouncer, and Mahl was a customer. They met when Brooks intervened in a fight in which Mahl had found herself. The couple married on May 24, 1986.

Garth Brooks rose to superstar status only three years later. Brooks and Mahl are the parents of three children. Taylor Mayne Pearl was born in 1992, followed by August Anna in 1994 and Allie Colleen in 1996. Today, Allie Colleen is a country music singer and songwriter.