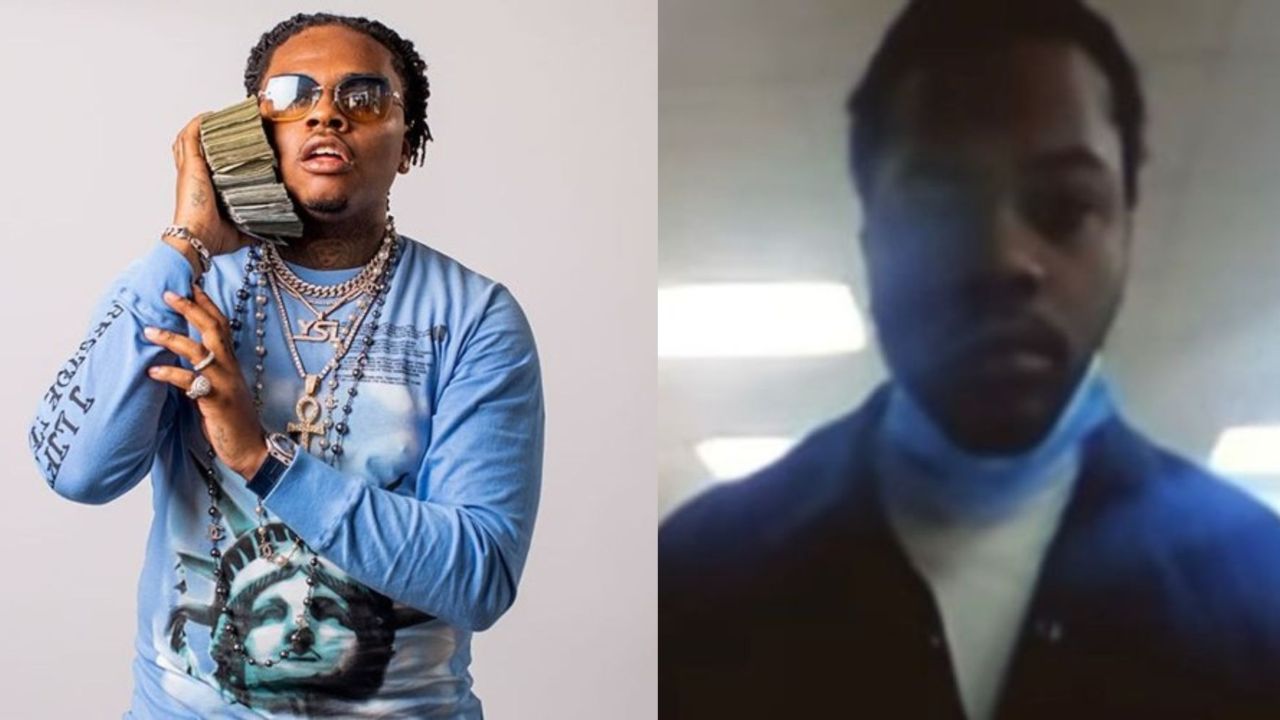 Gunna, mostly known as Sergio Giavanni Kitchens, was seen undergoing a significant weight loss as some of his pictures in jail went viral. The rapper was arrested alongside Young Thug as they were charged with violating Georgia State’s Racketeer Influenced and Corrupt Organizations or RICO. Follow the article to know more about Gunna’s weight loss transformation with a Reddit update.

Sergio Giavanni Kitchens, popularly known as Gunna, is an African-American rapper, musician, and style icon. In recent years, he has dominated the music and fashion industries. He is regarded as a rebel in the hip-hop music industry despite being signed to major labels like 300 Entertainment and YSL Records.

Additionally, his sense of style and sense of fashion has given him a special place in the world of fashion. He performed at Paris Men’s Week and sat in the first row at New York Fashion Week, among other events. All of these unquestionably helped him earn recognition as one of the most important hip-hop influencers of recent years.

Gunna frequently made headlines for his unpleasant actions and behavior. Gunna, his friend Young Thug, and other others were recently detained in May on suspicion of engaging in gang activity and planning to break the RICO Act.

Gunna has been jailed for some time. But his most recent jail cell images have shocked his followers as he is seen undergoing a significant weight loss. As a result, many Reddit users seek more information about his transformation in jail. Well, we’ve got you covered.

Previously, we touched on the weight loss efforts of Brie Larson and Zeeko Zaki.

Gunna’s Weight Loss: The Rapper’s Pictures From Jail Are Getting Viral; Was Arrested Alongside Young Thug; Reddit Update!

Gunna has been jailed since May 11th, 2022. He was a part of the claimed Young Smile Life (YSL) group, which Young Thug allegedly founded in Georgia. Both he and Young Thug (@thuggerthugger1) have been charged with violating Georgia State’s Racketeer Influenced and Corrupt Organizations, or RICO, act and have been taken into custody.

Everyone is stunned to see new images of Gunna (@gunna) during his months-long jail, days after his bond appeal was again denied. Last week, the rapper’s request for bond release was denied as the presiding judge restated his concerns about witness intimidation and tampering.

While everyone was enjoying Wireless Festival in London over the past weekend, Gunna’s fresh pictures have been making the rounds online, and his significant weight loss has worried admirers.

The 29-year-old rapper has lost a significant amount of weight, as seen by the fact that his face is now much slimmer than it was months before his arrest. The second day of Wireless Festival 2022 in Crystal Park was scheduled to feature a performance by Gunna as well as by J. Cole, Doja Cat, and Playboi Carti.

The pictures of Gunna from jail were shocking to many. He appears really skinny in those pictures. The singer of DS4EVER has shed a lot of weight while imprisoned. He appears much weaker and more skinny than he did before being jailed.

Gunna’s entire appearance has changed while being jailed. His loc extensions have been cut. Different theories and hypotheses have been put up as to why he lost so much weight so quickly.

But this time, Gunna’s weight loss has a little different real cause. There is no hiding his drug use from anyone. Additionally, authorities claim that a nurse attempted to sneak cocaine and marijuana for Gunna into jail, according to a report published on WSB-TV. Additionally, his weight loss in prison is a result of his ongoing drug withdrawal symptoms.

People began to worry about Gunna’s health as soon as the most recent picture of his weight loss went viral. His followers are in disbelief at how sick and skinny he appears. Everyone has jumped on board and is arguing over his picture. Social media users have responded in different ways to his weight loss.

Rapper Gunna Is Denied a Bond and Will Remain in Custody Until His Trial!

Following a judge’s Thursday denial of his release, the Atlanta rapper known as Gunna will remain behind the jail. He is accused of a significant gang indictment. He is now connected to another incident that happened at the Fulton County Jail in May, according to prosecutors’ statement on Thursday.

On May 14, according to the prosecution, a nurse tried to sneak in a bag containing marijuana and cocaine, but when a deputy questioned her, she dropped the bag and ran away. Prosecutors claimed in court on Thursday that some of the drugs were meant for Gunna, a charge that is disputed by his attorney.

Gunna’s parents’ reaction to the judge’s decision to reject their loved one’s request for release was described by attorney Steve Sadow as,

“All they’re looking for is their son to get a fair shake, and they don’t think that’s happening so far.”

The judge highlighted worries that, if released before trial, the Atlanta rapper, whose real name is Sergio Kitchens, may intimidate or threaten witnesses.