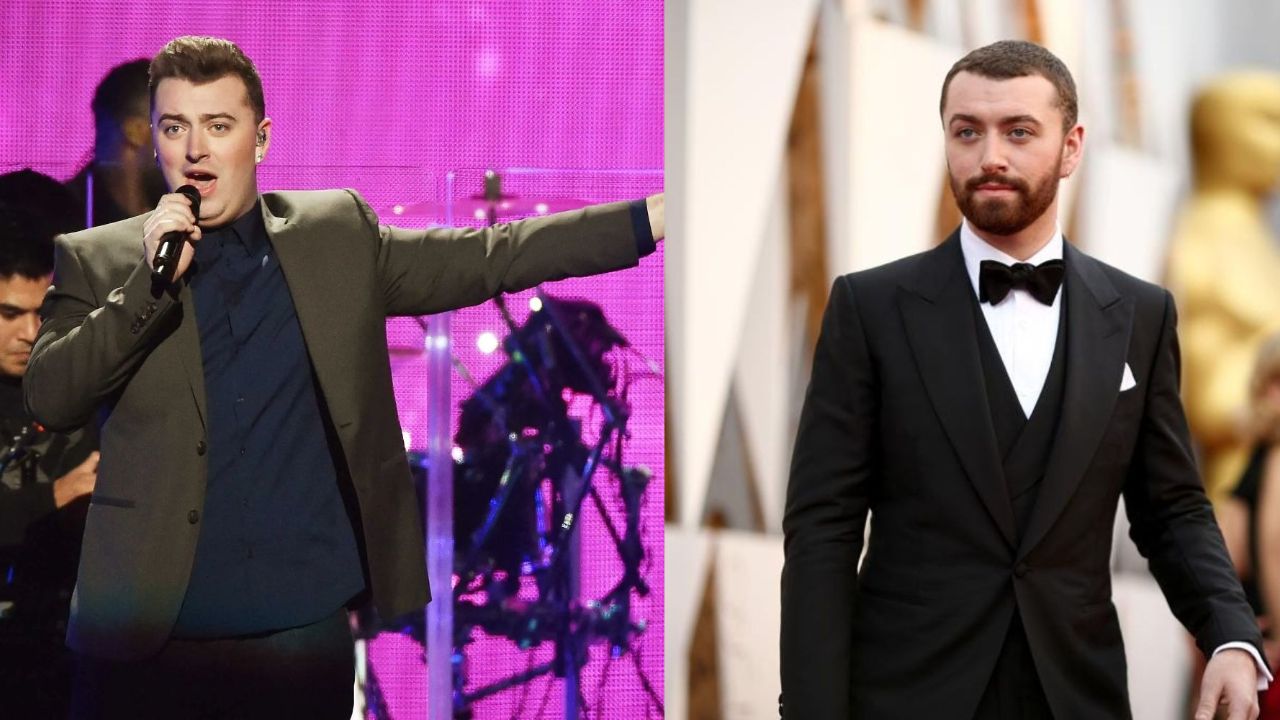 Sam Smith has always struggled with weight gain as they had a very uncontrolled relationship with food as a child due to which they were chubby. People used to bully them for their size which started their body image issues. Sam Smith has reshaped their relationship with food and embarked on a weight loss journey. But still they get triggered by weight gain sometimes.

Sam Smith is an English singer and songwriter who rose to prominence in October 2012 when they featured on Disclosure‘s breakthrough single Latch, which peaked at number eleven on the UK Singles Chart. They were subsequently featured on Naughty Boy‘s La La La, which became a number one single in May 2013.

In December 2013, they were nominated for the 2014 Brit Critics’ Choice Award and the BBC’s Sound of 2014 poll. They won both and since then, they have released three albums In the Lonely Hour, The Thrill of It All, and Love Goes, all of which were commercially successful.

So far, Sam Smith has sold over 33 million albums and 227 million singles worldwide. They have four Grammy Awards, three Brit Awards, three Billboard Music Awards, and an American Music Award, as well as a Golden Globe and an Academy Award to their name.

Their music career has gone smoothly so far except for when they struggled with their weight gain. They have very serious body image issues and they have gone on record saying that it is the basis of all their sadness and they struggle with their weight every day. Here are all the details about Sam Smith’s weight gain struggles and body image issues!

Previously, we touched on the weight gain efforts of Gwen Stefani and Terry Bradshaw.

Sam Smith’s Weight Gain: The Singer Has Embarked on a Weight Loss Journey!

Sam Smith (@samsmith) has always had body image issues and they have struggled with weight gain since his childhood.

Sam Smith was a food lover as a child (they still are). There’s nothing wrong with being a foodie but it started to be a problem for them when they could not moderate their relationship with food. It got to a point where food started controlling them. They talked about their battles with emotional eating in a 2017 interview on 60 Minutes Australia.

It would not be a surprise for anybody to know that Sam Smith was chubby as a child and they used to get picked on at school for their size which made them feel bad about their body. It only grew worse with all the bullying and soon, they ‘were holding a lot of weight in their chest.’ They got so conscious and anxious about their weight gain that their mood was always down every day.

When Sam Smith turned 11, they went to the doctor to do something about their weight gain, and the next year, they got liposuction. At 12, they got surgery to lose weight in their chest. If that does not scream unhealthy relationship with body, I don’t know what does. At the time, they were very happy about it as they finally bought themself the slim body they wanted.

But because Sam Smith had not worked on his overeating, the weight gain issues started to creep in again, and very soon after they had the lipo, they got back to being chubby. Lipo didn’t change anything for them because they neglected to figure out their relationship with food and they put the weight back on in two weeks.

The Too Good at Goodbyes hitmaker carried their body image issues into their childhood and weight gain never left them. Even when they broke out into the music industry and were shooting their first music video, they were preoccupied with their size. One of the things that bothered them in the process of making their album was that they were getting bigger and bigger every day.

Sam Smith could never enjoy the process of making music because they were unhappy about the weight gain. They said that they just weren’t happy with the way they looked, so they tried to control the way the camera moved. They got a bit obsessive about their size and they used to constantly look in the mirror, pinch their waist, and weigh themself every day.

The singer got so sick of themself and their constant weight gain (they were always gaining weight). So, they decided to embark on a weight loss journey. Since the time they had lipo, they had never done anything to combat their struggles with their weight. They didn’t like it that way. So, they consulted a nutritional therapist and made changes to their diet and got started on losing weight.

It was 2015 when Sam Smith finally tackled their weight gain problems in a healthier way which included fixing their relationship with food. They mentioned in a 2015 now-deleted Instagram post about a woman who completely changed their life by transforming their relationship with food. They gave a shout-out to Amelia Freer who helped them lose over a stone (6.3 kg) in just two weeks. They said that they got to a point where they were feeling happy about themself and not necessarily about the weight loss.

When Sam Smith made a comeback with their sophomore effort The Thrill of It All after they largely disappeared from the spotlight after winning four Grammy Awards for their debut album, it seemed like they would never have weight gain issues again because they had lost nearly 50 pounds. And they were no longer the kind of foodie who could not control themself.

Sam Smith kept the weight off for some time before they hit a bump and had weight gain again when they stopped looking after themself. They went into a bit of a spiral and started drinking loads and smoking. Before it took a turn for the worst, they caught himself and started hitting the gym again doing a mix of cardio and weight training.

Sam Smith finally learned to come to terms with their body but body image was always going to be an issue for them. Though they joked with James Corden that they were down for getting fat again, they occasionally struggle with weight gain. They mentioned that it triggered tricky body issues when they often find themselves gaining a little weight over the festive period.

Sam Smith’s journey of weight loss and their struggle with weight gain as they learn to love their body is always going on.