Shailene Woodley is Learning About Football from Aaron Rogers! 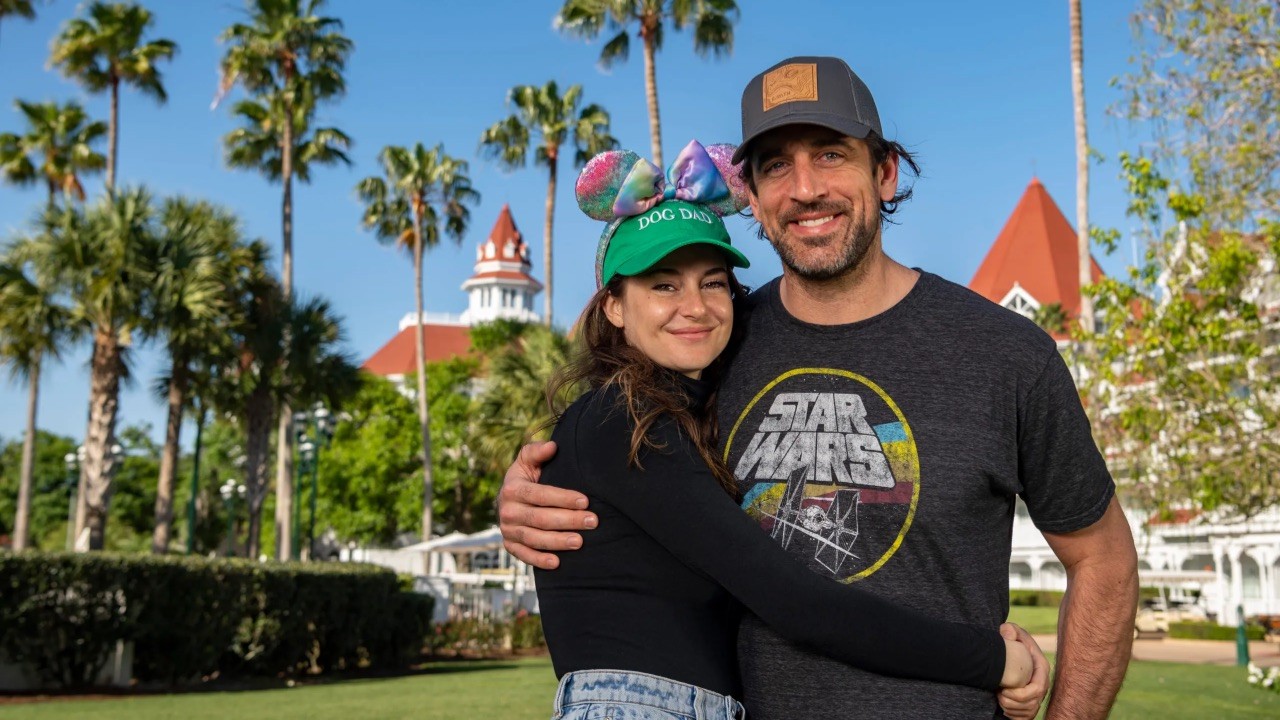 After making their relationship public in spectacular fashion in 2020, Shailene Woodley and Aaron Rodgers are not shy talking about one another. The power couple, whenever they are talking to the press, mention what it is like being engaged and being in each other’s lives. And more recently, Shailene spoke about how she is learning about football and it has all been fascinating for the actress.

Last year, during the acceptance speech for his MVP performance, the Green Bay quarterback thanked his fiancée on live TV. At time no one knew who he was engaged to but soon words leaked that Divergent actress was the lucky women who managed to tie down the California native player. Since then the duo have made a few appearances together, even going to the Kentucky Derby together.

This year has been tumultuous, well, for Green Bay any way. The footballing career of Aaron Rogers is a mystery to all, but the man is doing well in his personal life. After the announcement of their engagement, there have been probing questions about marriage, but it seems at the moment they are focused on learning about one another. And Shailene is having fun learning about football.

Shailene Woodley has established herself as a talented actress in Hollywood in 2021, but her career started way younger. During the time Aaron was warming the bench in Green Bay, Shailene Woodley was starring in The Secret Life of an American Teenager. It is fitting that both their careers took off at around the same time.

Now, Shailene has appeared in YA action flicks and Emmy winning TV shows. So, you can understand why did not have time learning about football. She was busy focusing on her career to care much about sports. So, when she started dating an NFL star, there was an added pressure to learn about her partner’s life.

The actress mentioned she never felt pressured but when you are in a relationship, you try to learn about your partner’s work, interests and hobbies. Well, Aaron Rodgers is a QB in the NFL and for the past year Shailene is getting a crash course in the world of sports. The actress revealed during a long conversation with Seth Meyer while also mentioning where her knowledge is lacking.

She said, “I guess I haven’t felt any pressure to, but it’s exciting. It is a whole new world, learning all of the different—I still am always, ‘Oh, you scored a goal.’ He’s like, ‘It’s a touchdown.’ Or I’ll be like, ‘You crossed the line,’ and he’s like, ‘It’s a yard,’ or whatever. I still can’t get it right, but I’m learning, slowly but surely.”

While Aaron does not need to learn about movies, he is a geek and a trivia machine when it comes to most things pop-culture. Shailene did mention one place where they tried to improve together. Aaron got the hosting duties for Jeopardy! and the Big Little Lies actress said while they were in Montreal, the Green Bay QB was practicing every day for his hosting duties.

The actress mentioned, “When I would get home at 8 or 9 p.m., he would still be watching Jeopardy! And I would open the trash can, and I would just see like a bunch of empty to-go containers and milkshake cups that he had ordered on Uber Eats, and I was like, ‘You literally Uber Eat’d and watched Jeopardy! all day long today.’ He’s like, ‘Yeah, look at my notes.’ And he had stacks of notebooks of notes that he took and highlighted and went back through. It was actually really inspiring.”

Well, all that hard work paid off as Aaron did an amazing job on the stage. During his time hosting, the ratings for the show jumped 14%, so it was a great day for Rodgers and his fiancée.