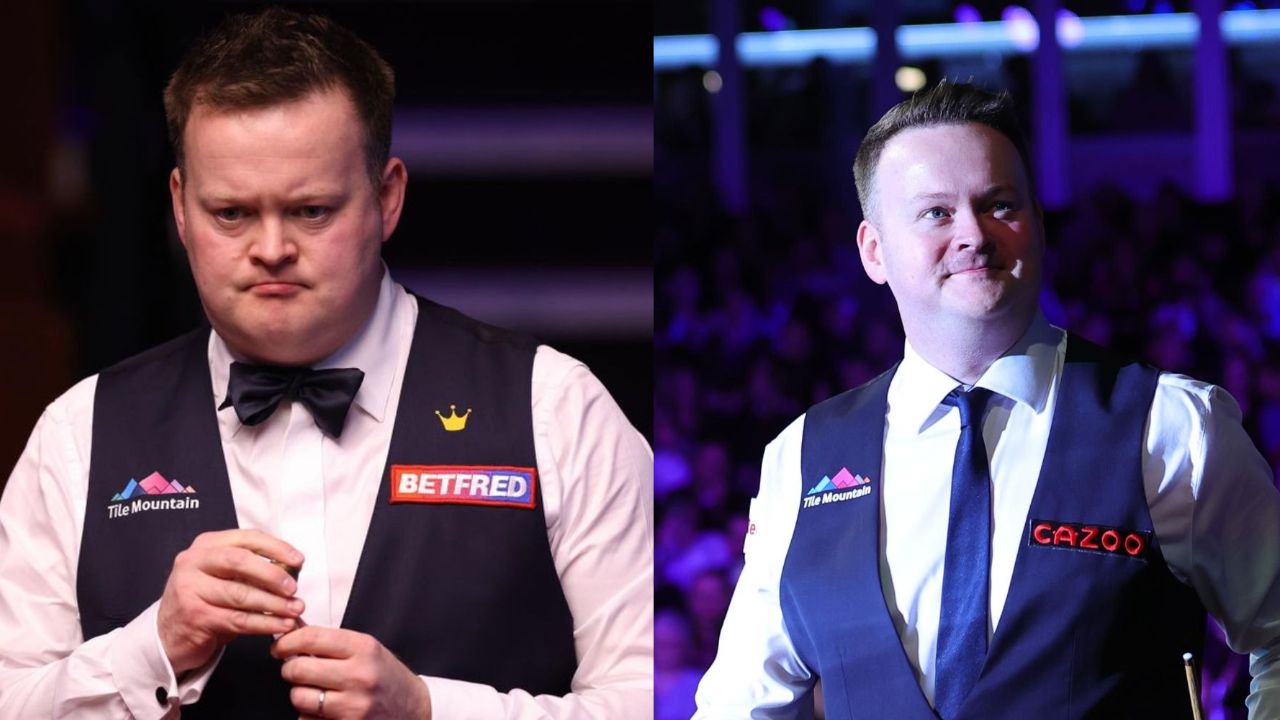 Shaun Murphy’s weight loss appearance has been a major concern for his fans as he looks way too slimmer now. Well, the 40-year-old admitted to losing 4 stones since undergoing gastric sleeve surgery. He also revealed that he decided to go under the knife as he was tired of being fat-shamed on social media and wanted to start a new life.

Shaun Peter Murphy (born 10 August 1982) is a professional snooker player from England who won the World Championship in 2005. Murphy is known as “The Magician” and is known for his lengthy potting and straight cue movement.

Shaun Murphy, who was born in Harlow, Essex, and raised in Irthlingborough, North Northamptonshire, made his professional debut in 1998. He was just the third qualifier to win the 2005 World Championship after Terry Griffiths and Alex Higgins, hence his triumph was widely seen as a significant shock. His additional victories in ranking tournaments came in the 2007 Malta Cup, the 2008 UK Championship, the 2011 Players Tour Championship Grand Final, and the 2014 World Open.

In his professional career, Murphy has collected more than 500 century breaks and more than £4 million in prize money. Following 2007–2008, he achieved his greatest global ranking of three, which he held for three seasons.

Currently, Shaun Murphy is competing in Snooker’s World Grand Prix. He defeated Ali Carter to go through the second round of the tournament. Apart from that, audiences are shocked by how Shaun looks. The 40-year-old looks way too slimmer than he used to look a few years ago and many people are interested to know about his weight loss journey. Well, let’s get started.

Also, check out the weight loss stories of Nathan Nicholas and Buddy Valastro.

Shaun Murphy (@shaunmurphy147) has impressed audiences, not just with his game, but also his appearance. The snooker star looks incredibly thinner in 2023 and his weight loss story is something we all are curious about. Shaun didn’t lose the extra weight naturally. In August 2022, he revealed that he underwent under the knife to get off the extra weight.

The 40-year-old revealed that he underwent gastric sleeve surgery to revive his faltering career. The 2005 world champion acknowledged that his choice was influenced by the pain of being “fat-shamed” on social media, the breakdown of his marriage in 2021, and recurring injury issues. The now-40-year-old Murphy wants to change everything, both on and off the table. In an interview with Sportsmail, he told,

I’ve had a lot of things going on in my life which contributed to the worst season of my career last season. It’s been incredibly tough and one thing I’ve always struggled with is my weight. It was a big decision to go under the knife, but I accepted that I was unable to sort my weight out. I had surgery in May and so far I’ve lost about four stone.

Shaun Murphy also addressed that he didn’t even fit in the suit at the 2022 World Championship and wants to start a new life. He explained,

I’m sick of being fat-shamed on social media and not feeling good about myself. At this year’s World Championship I didn’t fit into my suit properly and didn’t feel good. I’m by no means the finished article yet, but I’m heading in the right direction. This is a new start for me at 40, I just want to enjoy my snooker and feel good about myself.

In 2005, Murphy became well-known after winning the World Championship at the Crucible despite being a 150-1 long shot. But prior to the outbreak, his most recent ranking victory was the Welsh Open. After surgery, he now desires silverware once more. He added,

I’ve pretty much won something every year, but last season was poor. I want to win more. I’ve been in four world finals and only won one, I’d love to win it again.

Since 80% of his stomach was removed after surgery, he claims it is nearly hard to gain weight again. Since then, he has shed 4 stones, and he now hopes that his newfound leanness will enable him to have greater success at the table.

No doubt, Shaun Murphy looks much more fitter and positive after his weight loss transformation. And it seems he wants to make everything right. And he is doing great in Snooker’s World Grand Prix. We hope he gets his rhythm back and soon wins the World Championship again.