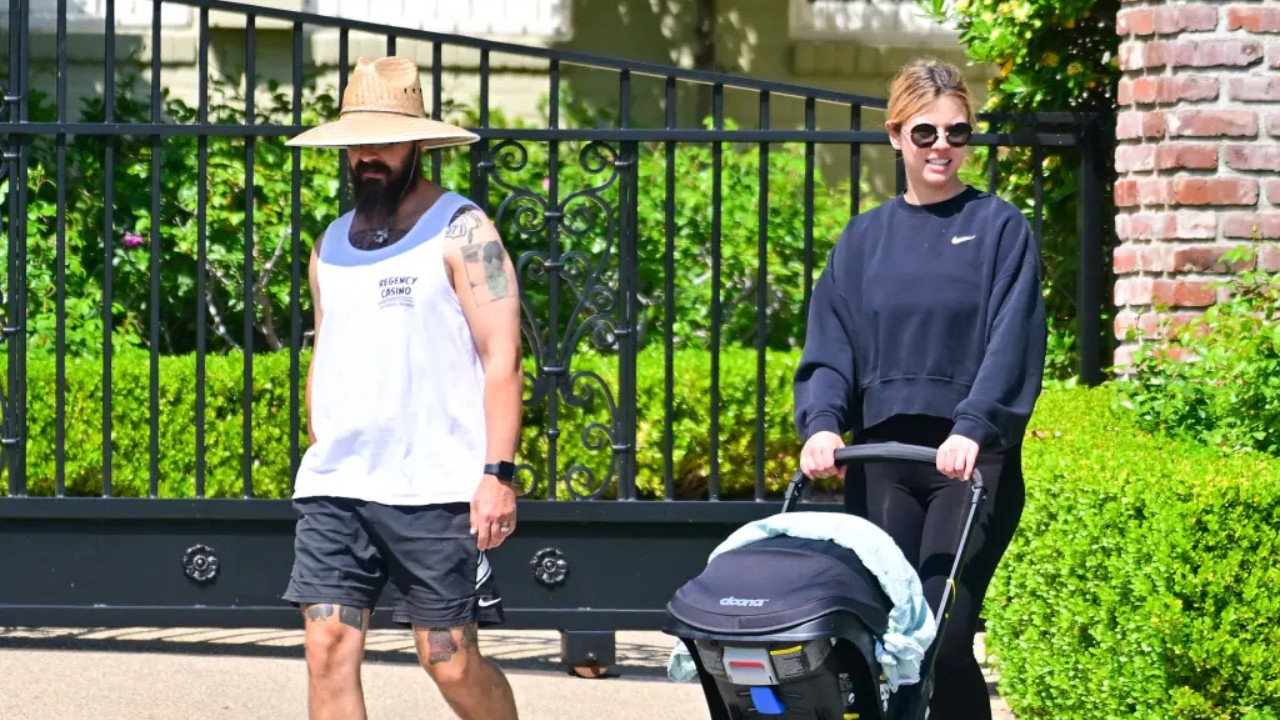 Does Shia LaBeouf have a girlfriend right now, as of 2022? Well, the Even Stevens actor is currently in a relationship with Mia Goth who is his former wife and with whom he recently welcomed a daughter earlier this year. The couple is not still married but Shia LaBeouf has been in an on-again, off-again relationship with his ex-wife Mia Goth since the 28-year-old actress reached out to him when he was in rehab amid sexual abuse allegations from his ex-girlfriend FKA Twigs.

Shia Saide LaBeouf (born on June 11, 1986) is an American actor, performance artist, and filmmaker who is best known for his portrayal of Louis Stevens in the Disney Channel series Even Stevens. For his performance on the show, he was nominated for a Young Artist Award in 2001 and won a Daytime Emmy Award in 2003.

The 36-year-old actor made his screen debut in The Christmas Path (1998) and in addition to acting in the movies, he has also directed a number of short films, including Let’s Love Hate (2004) and Maniac (2011), which featured American rappers Cage and Kid Cudi.

Shia LaBeouf is recently in the spotlight and the viewers want to know every single detail about Shia including information about who his girlfriend is in 2022. Well, here’s everything we have on the 36-year-old actor’s relationship status!

Previously, we touched on the relationship status of Jennifer Love Hewitt and Jonathan Daviss.

Shia LaBeouf’s Girlfriend in 2022: The Actor Is Not Still Married to Wife Mia Goth But They Are Back Together; The Couple Welcomed a Daughter Earlier This Year!

Many of you might be wondering who Shia LaBeouf‘s (@labeoufronkkoturner) girlfriend is in 2022. Well, the 36-year-old actor has reconciled with his former wife Mia Goth who gave birth to their daughter earlier this year. The 28-years-old actress reached out to her Nymphomaniac co-star when he was in rehab amid sexual abuse allegations from his ex-girlfriend, FKA Twigs (@fkatwigs).

The couple, Shia and Mia, like many other celebrity romances, first met on the set while working together. They worked together on the 2013 film Nymphomaniac Vol. II, directed by Lars Von Trier in 2012 and started going out then.

The Even Stevens star who had previously been linked to Karolyn Pho, Megan Fox, and Isabel Lucas started dating Mia Goth in December 2012 after their encounter on the set and decided to get married in October 2016. They both appeared to be proud of their marriage because it was founded on pure love, and they both expressed how much they loved each other.

Shia LaBeouf and his then-girlfriend Mia Goth had initially intended for their wedding to be a private affair, but somehow the news got out, and soon after their wedding photos were all over the internet.

But the fascinating thing about their marriage was that it took place a year after their bitter argument in Germany. Videos from October 2015 when Shia LaBeouf was vacationing with girlfriend Mia Goth showed the pair screaming and swearing at one another outside the hotel where they were staying.

However, because of their decision to be married shortly after their bitter argument, it became clear that the couple’s furious arguing had little impact on them even though their marriage also didn’t survive long after.

Only two years after their marriage, Shia LaBeouf and his wife Mia Goth made the decision to separate. No one knew why. Shia and Mia kept their divorce proceedings as confidential as they could, but they persuaded the audience that it was done amicably and with respect. They both decided to part ways on good terms, despite some media hesitation (at least that’s what they said). Despite the fact that they filed for divorce, the specifics of the process were kept hidden.

Shia LaBeouf, after divorcing his wife, began dating his next girlfriend, British singer FKA Twigs. They were together only for a year. Their breakup was followed by allegations of sexual harassment from the side of the former girlfriend. Twigs brought a civil case against Shia LaBeouf in December 2020.

FKA Twigs later made the details of the harassment public during an interview. She listed five offenses Shia had committed including sexual battery, assault, emotional anguish, and gross negligence.

Shia LaBeouf, in response to his former girlfriend’s allegations, said that he had a reputation for being an alcoholic and had a really terrible temper. However, he repeatedly denied those accusations. If we consider his prior arrests for public intoxication back in 2015, we were not at all surprised.

As Shia LaBeouf was facing sexual abuse charges from his ex-girlfriend and was at his lowest point, his former wife Mia Goth reached out to him. They have reconciled and have been in an on-again, off-again relationship since then. The 36-year-old actor expressed his gratitude towards Mia saying,

She saved my f–king life, she was present for me at a time when I didn’t deserve to have nobody in my life, especially her. She gave me hope when I was really running on fumes.

The couple welcomed their daughter named Isabel after they got together, and on Friday, April 1, the new parents were seen in the Los Angeles region pushing a stroller for their little daughter.

Although the notoriously secretive couple never confirmed their pregnancy, his current girlfriend and former wife Goth was photographed with her growing baby bulge in Pasadena, California, in late January. People revealed that Shia LaBeouf and Mia Goth were having a child together a few days later in February.

So, in conclusion, Shia LaBeouf has now reconciled with his former wife Mia Goth and she is his girlfriend now, as of 2022 and the couple now shares a daughter. So far, things are going well for them and they are happy with each other.