Steve-O’s Plastic Surgery: The Jackass’ Star Wants To Have A Boob Job! 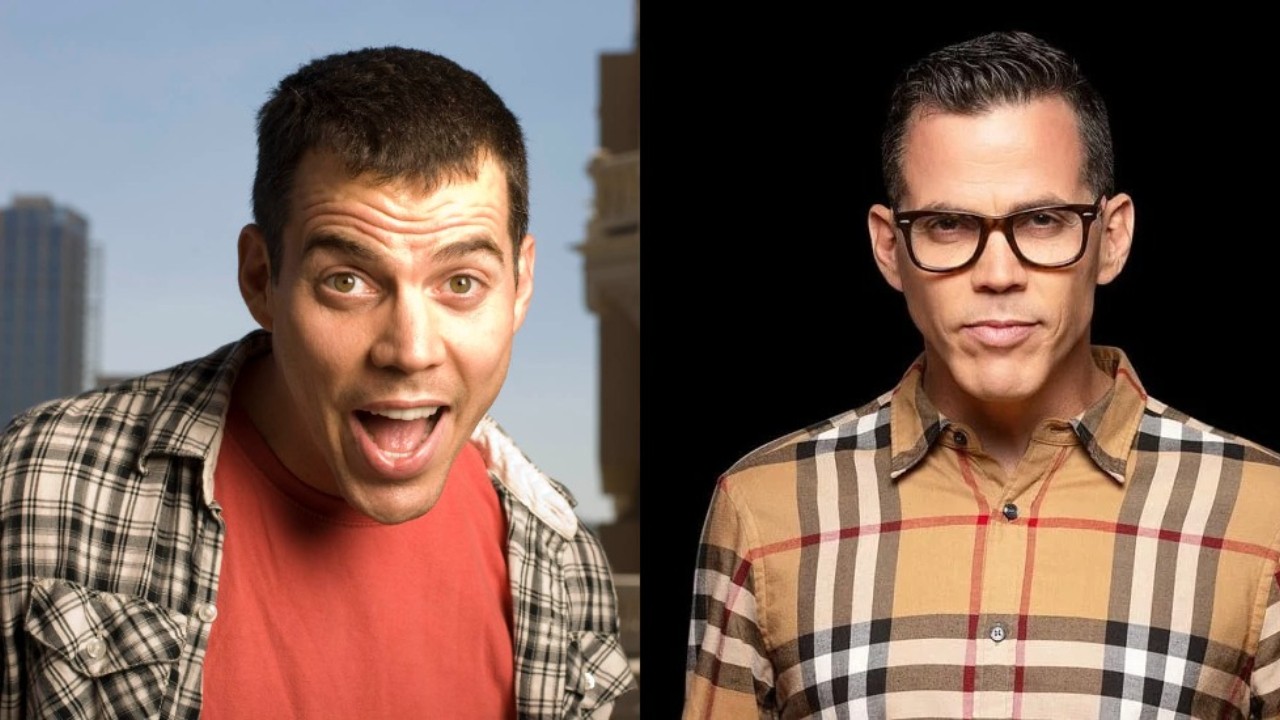 Steve-O recently made a video describing his plans for plastic surgery, in which he talked about looking forward to a boob job, prompting admirers to seek out more information about him. The 48-year-old stuntman is suspected of receiving a number of procedures, including Botox and rhinoplasty. He hasn’t yet gotten breast implants but here’s all we know about the rest of Steve-O’s plastic surgery!

Steve-O was a homeless couch-surfer for three years after failing badly at the University of Miami, before enrolling at Ringling Brothers and Barnum & Bailey Clown College to help him achieve his ambition of being a famous stuntman. Working on a stunt-based reality show with Johnny Knoxville was the result of his aggressive attention-seeking attitude. After that, the rest is history.

Steve-O has sparked plastic surgery speculations after he recently talked about having a boob job in the future. Fans want to know why he wants to have breast implants, what procedures the American entertainer has had, and how much of what they’ve heard is accurate. Let’s have a discussion about it!

Previously, we touched on the plastic surgery efforts of Jack Wagner and Tomi Lahren.

Steve-O’s Plastic Surgery: Why Does The Stuntman Want To Get Breast Implants; Botox and Rhinoplasty Speculations!

Stephen Gilchrist Glover or commonly known as Steve-O (@steveo) is intending to get a boob job and has been suspected of having Botox and rhinoplasty.

The famous stuntman from the reality comedy series Jackass franchise has a long history of being very careless with his body. He is also known as a human crash test dummy by some of his fans.

One of his most significant injuries that occurred during his stunts was when he threw himself from a second-floor balcony and hit his head on the concrete. He ended up breaking his face bone and several teeth, and he needed roughly ten stitches on his chin. It’s apparent that he’s had a lot of scars and wounds on his face, thus it’s very likely that he took the aid of plastic surgery to treat them.

Some of his followers believe the famed television personality underwent Botox and rhinoplasty. Botox is a plastic surgery procedure that is commonly used to remove wrinkles and give the skin a clear appearance. There’s no doubting that Steve appears to be a lot younger than he is. Even when looking at his before and after images, it is pretty clear that there isn’t much of a difference; in fact, he appears to be in better shape than before. However, there is no convincing proof that Steve has Botox, thus this is just a rumor spread by his fans.

When it comes to speculations, Steve-O is also suspected of having a rhinoplasty. Rhinoplasty, also known as a nose job, is a type of plastic surgery operation that allows people to alter and improve the shape of their noses. Since his nose appears to be slightly different in his old and new images. It’s possible that Steve broke his nose while performing his exploits, which might be the reason for the change. However, those are just conjectures because none of them have been confirmed by him. The only thing he confirmed is his fake teeth.

Recently, Steve-O just revealed that he plans to have breast implants for his upcoming live tour to go crazy like he had never before. He is pretty serious about having that boob job and even asked plastic surgeon, Dr. Terry Dubrow,

“I’ve been dying to ask you about this, what can you tell me about men getting breast implants?”

Even though he is a man, the 48-year-old is looking forward to having a boob job. Steve further stated that he is not holding back and intends to go big by getting breast implants. Although there are few solid sources that link Steve-O’s plastic surgery, it is apparent that he appears to be quite young and attractive for a man of his age, which could be due to Botox.

About the boob job he is intending to have, he hasn’t yet gone through it. But it will be interesting to see if he goes ahead and gets those breast implants. With all the stunts he’s pulled, he might go and get breast implants sooner than later. And maybe he will reach that level of crazy he wants to get at after the boob job.

The Bucket List Tour By Steve-O Is Coming To San Angelo!

According to the sources, Steve-O did not expect much from this trip because his bucket list was so rash. He did them all, though, and will show them off during The Bucket List Tour. As it contains drug usage, self-inflicted violence, sexually graphic content, and nudity, this show is only for adults.

According to the sources, one VIP ticket is still available for $137.50. Premium seating, a VIP commemorative lanyard, and a post-show meet and greet with Steve-O are all included in the VIP package. Price Tickets for orchestra right-left, and center in the performance hall, ranging from C to N, are selling for $60.50.

The orchestra level seat P through V, as well as row B in the loge, are priced at $49.50 each. For orchestra seating V through CC and loge C through L, price C tickets are $38.50.

Steve-O has a new book coming out in September 2022, in addition to continuing The Bucket List Tour. A Hard Kick in the Nuts: What I’ve Acquired through a Lifetime of Terrible Decisions, Glover’s book, is a mix of autobiography and lessons learned over his career, among other things.