Sylvester Stallone’s Plastic Surgery: Reddit Discussions; Did He Have a Hair Transplant and a Full Facelift? 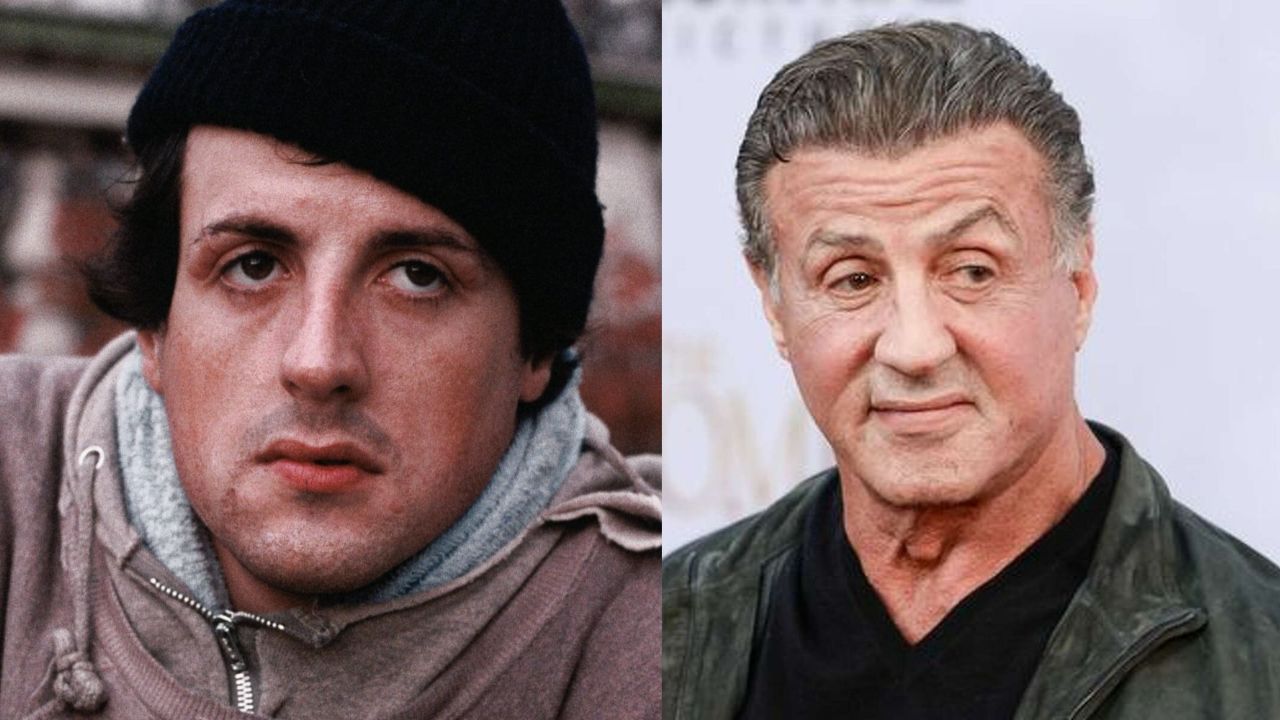 Sylvester Stallone’s plastic surgery is often the subject of discussion when it comes to him because he has that kind of rugged handsomeness that makes it look like he’s not 76 which he is. Reddit users believe that the Rocky star has had Botox, a hair transplant, and a half-facelift whereas experts think he has had a full facelift, a brow lift, a neck lift, and upper and lower blepharoplasty. Sylvester Stallone has never confirmed having plastic surgery except for the time when he said he had a facelift on the left side of his face to get that side (paralyzed) to match up with the other side, which is what people on Reddit still believe.

Sylvester Stallone is an American actor and filmmaker who is most recognized for his portrayal of boxer Rocky Balboa in the iconic Rocky series. It was his breakout role and the movie was his gr critical and commercial success as an actor and screenwriter. Up till then, he had been struggling and working as an extra or side character in films from the time he joined Hollywood.

He would go on to become one of Hollywood’s highest-paid actors of the era from the mid-1980s through to the late 1990s by starring in a slew of commercially successful action films such as Cobra, Tango and Cash, Cliffhanger,  Demolition Man, and The Specialist. Sylvester Stallone is the only actor to have starred in a box office number-one film across six consecutive decades in the history of American cinema. He is also one of the most renowned physical culture icons in history.

Now, as he’s aged but does not look much like he’s aged, he’s also the subject of plastic surgery speculations. Discussions about whether he went under the knife or not are held in several forums, especially on Reddit. People have shared many interesting takes about him on Reddit. Plus, experts have also partaken in the discourse. Let’s find out more about Sylvester Stallone’s plastic surgery!

Would you also like to check out the plastic surgery stories of Miley Cyrus and Allison Holker?

Has Sylvester Stallone Had Plastic Surgery? Did He Have a Hair Transplant? Check Out What Reddit Users Have to Say; Also Read the Expert’s Takes!

Sylvester Stallone (@officialslystallone) and his rugged handsomeness and his age is the perfect combination to cook some curiosity about his naturalness or should I say, his plastic surgery. Discussions about the subject matter are held in every corner of the internet, especially on Reddit. People are simply not ready to believe that he could look like the way he does without any cosmetic procedures. They suspect he’s had a Botox, a facelift, and a hair transplant. Experts think he’s had a brow lift, upper and lower blepharoplasty, and neck lift.

Reddit has several threads dedicated to talking about his looks which they believe have been enhanced with plastic surgery. It is unanimously agreed that Sylvester Stallone has had Botox. There are too few lines on his forehead for a man of 76. Plus, it was not like that before. The Rambo star used to have quite a number of lines and wrinkles but they have seemingly faded now. So, Botox he definitely had.

Plastic surgery expert Dr. Vartan Mardirosiaan thinks it’s likely that Sylvester Stallone has had an upper and lower blepharoplasty because there is decisively less skin on the upper and the lower eyelid. He also believes that he might have had a neck lift because the skin and the muscle of the upper neck are tight and because according to him, the blepharoplasty and neck lift seem to be the ‘trademark’ of middle-aged male patients.

Experts of plastic surgery also believe Sylvester Stallone has had a brow lift, which is something people on Reddit have figured out too. They see it in how his facial cheeks look plumped extending down to his jawline and neck areas and think it’s because of a brow lift because of how full his cheekbones look.

Dr. Adam Hamawy thinks his brow lift is easy to notice because they look really over-pulled for a man because ‘while high, arched brows can look great on a woman, brows that are too high can look awkward on men’. Dr. Andrew Miller thinks it’s the difference in his lid crease and brow height that gives his brow lift away.

Another plastic surgery Sylvester Stallone has had is a facelift. A lot of people on Reddit think that The Expendables star got it only because his paralyzed sides were sagging (the lower left side of his face is paralyzed including parts of his lip, chin, and tongue due to a nerve being accidentally severed during his birth) and to get his left half to match up, he got a half facelift.

The 76-year-old himself had admitted in an interview in 1992 that he had had plastic surgery on only the left side of his face because he was born with a crooked mouth. When he was pressed with questions about whether he had a full facelift for cosmetic purposes as people believed after seeing the scars from the facelift, he said that he didn’t have a scar over there by his right ear because he only had it done it on one side of his face. While Reddit believes him, experts have different takes on this one.

Plastic surgery expert Dr. Hamawy has stated that Sylvester Stallone has a very strong jawline and tight neck which could have been maintained only with a well-performed lower facelift. Dr. Miller is in agreement with him and thinks that the actor had at least a mini facelift to keep his jawline smooth.

Well, there was a time when his face was losing elasticity and had started developing wrinkles but now, it seems as though his face has regained softness and the lines around his mouth have disappeared too, which could only be the result of a facelift plastic surgery procedure.

Besides, Sylvester Stallone so obviously had a hair transplant, as Reddit believes. Fans have noticed how he was experiencing a receding hairline due to hair loss in 1996 when he was 50. They believe that had it continued that way, he would have lost all his hair on top and gone bald a long time ago. But he hasn’t so, they think that he underwent a hair transplant surgery to regrow his hair.

Trending
Jaclyn Hill’s Weight Gain: What is the Reason Behind Her Swollen Face? Check Out Her Before and After Pictures!
Trending
Allison Holker’s Plastic Surgery: Has The Dancer Had Botox?
Trending
LeeAnne Locken’s Plastic Surgery: What Happened to the Real Housewives of Dallas Alum’s Face?
Trending
Amy Poehler’s Plastic Surgery: What Does The Comedian Think About Getting Cosmetic Treatments?
Trending
Last Chance U: Why was Football Coach Jason Brown Fired? Where is He Now?
House&Whips
About UsPrivacy PolicyTerms of UseDMCAContact
House&Whips is a leading media and entertainment source as a fast-growing information hub. For promotion or advertisement, please mail us at [email protected]