Tara Reid’s Plastic Surgery: How Does She Look Today? Here Is How the Cosmetic Treatments Ruined Her Career! 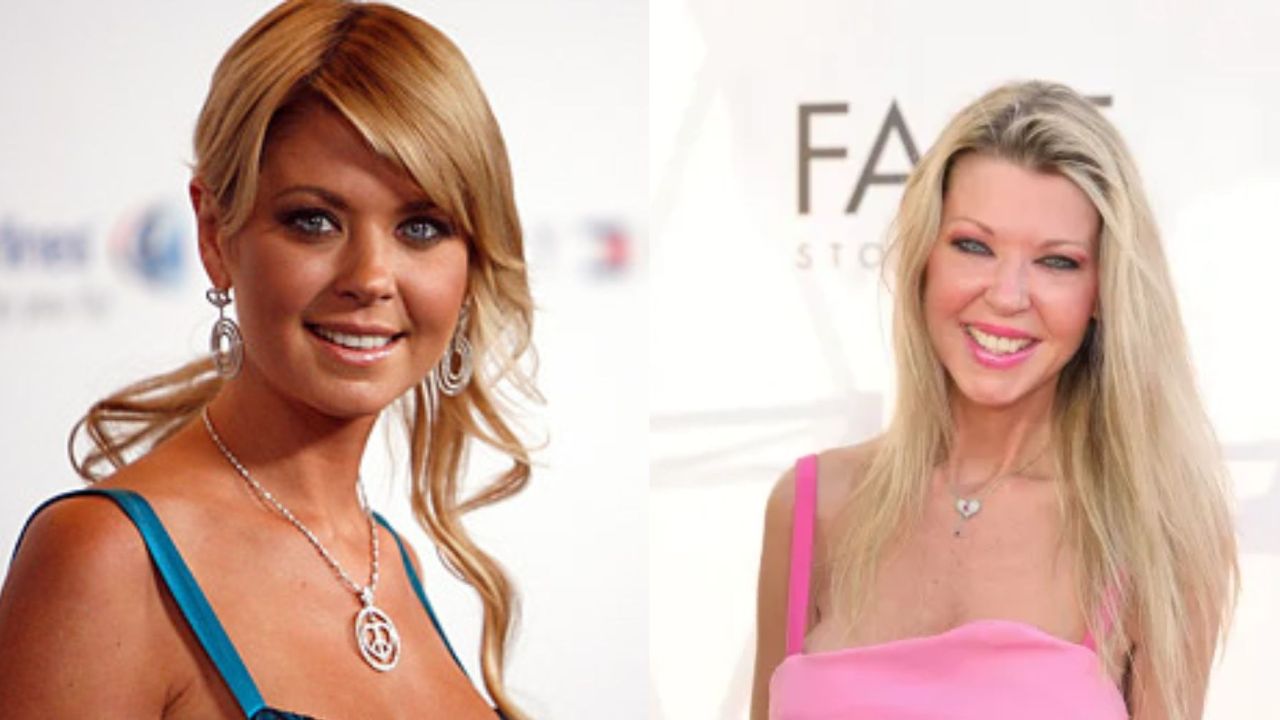 Tara Reid claims that undergoing plastic surgery such as breast implants and liposuction surgery left her with physical deformities that harmed her career. Even though she did the reverse surgery, the damage had already ruined her career. As of today, she still seems to regret the decision she took two decades ago.

Tara Reid was born and raised in Wyckoff, New Jersey, the daughter of teachers and day-care center owners Donna and Thomas Reid. Her father worked on Wall Street as well. She is mostly Irish, with Scottish, Italian, French, Hungarian, and English ancestors. Reid has two younger siblings, Colleen and Patrick, as well as a brother named Tom.

In 2005, she had her own reality travel show called Taradise on the E! network, and she was a housemate on the 2011 British reality series Celebrity Big Brother 8, where she finished eighth. Reid is also said to have tried to project a youthful image during her time as a professional designer and many people believe she had plastic surgery. So, did she really have cosmetic treatments to keep her youthful beauty? Let’s find it out!

There are more interesting plastic surgery stories of Joanna Lumley and Charlie Murphy.

Tara Reid’s Plastic Surgery: According to the Actress, Breast Implants and Liposuction Surgery Left Her With Physical Deformities That Harmed Her Career!

Tara Reid (@tarareid), who played the beautiful girl next door in several popular films, was undeniably one of the It Girls of the late 1990s and early 2000s. However, having plastic surgery derailed her career in ways she had not anticipated.

The actress claims that breast implants and liposuction surgery has left her today with disfigurements that harmed her career. According to CBS News, she told Us Weekly about the damage caused by her 2004 plastic surgeries, saying, “My stomach became the most ripply, bulgy thing. I had a hernia, this huge bump next to my belly button. As a result, I couldn’t wear a bikini. I lost a lot of work.” The Sharknado star went on to say that she knew something was wrong after the procedures, but she never expected to be deformed.

Later, Tara Reid explained, “After six months of ‘it’s going to get better,’ it started to get worse and worse. I never thought I would have nipples that looked like this.” Reid not only lost her job, but her botched breasts went viral after a wardrobe malfunction on the red carpet at Diddy‘s 35th birthday party in 2004. In 2008, she told People,  “In my American Pie days, everyone was kissing my butt. I didn’t realize how good I had it. But the second things go down, no one cares.”

“When I realized it, I cried and begged the photographers not to print it, but it was everywhere … I was on the websites as having the ugliest boobs in the world,” she explained. Reid reportedly had those surgeries reversed in 2006, but the damage had already been done to her career and confidence.

When asked if she would get more plastic surgery to fix the scars, Reid told People years after the initial surgery, “I’m scared about getting surgery ever again. It’s like surviving a plane crash and getting on a plane again. [My stomach scars] are my battle wounds; boom, that’s it.”

Reid got her big break in the cult classic The Big Lebowski in 1998, followed by one of her most well-known roles in another fan favorite, American Pie. Following that, it appeared that Hollywood couldn’t get enough of the stunning blonde, and she went on to star in a number of films, including the sequel to American Pie, Van Wilder opposite Ryan Reynolds, and My Boss’s Daughter with Ashton Kutcher.

During this time, Tara Reid was also gaining media attention for all the wrong reasons, giving her the appearance of a party girl rather than an actress. According to Us Weekly, Reid told Rolling Stone in 1999 that “when I go out to drink, I really drink. I black out sometimes. I don’t know how I manage my life when I black out, but I still function and just keep going.”

However, it was not only the partying that harmed the Josie and the P*ssycats star’s career. Reid blames getting plastic surgery for a lot of her problems. As of today, the 47-year-old actress still seems to regret what she did two decades ago.

Joanna Lumley’s Plastic Surgery: What’s the 76-Year-Old’s Secret to Look as Young as Someone in Their 50s? Read More

Trending
Charlie Murphy’s Nose Job: Did the Happy Valley Actress Get Work Done on Her Nose?
Trending
What Happened to Becky in Happy Valley? How Did Catherine’s Daughter Die?
Trending
Maya Jama’s Plastic Surgery: Is Cosmetic Treatment the Secret to Her Younger Appearance?
Trending
Pamela Anderson’s Plastic Surgery: Why Does The Baywatch Star Look Unrecognizable These Days? The Actress Then and Now!
Trending
Do They Find Gonker in Dog Gone? What Happens to the Lost Dog in the Movie? Ending Explained!
House&Whips
About UsPrivacy PolicyTerms of UseDMCAContact
House&Whips is a leading media and entertainment source as a fast-growing information hub. For promotion or advertisement, please mail us at [email protected]