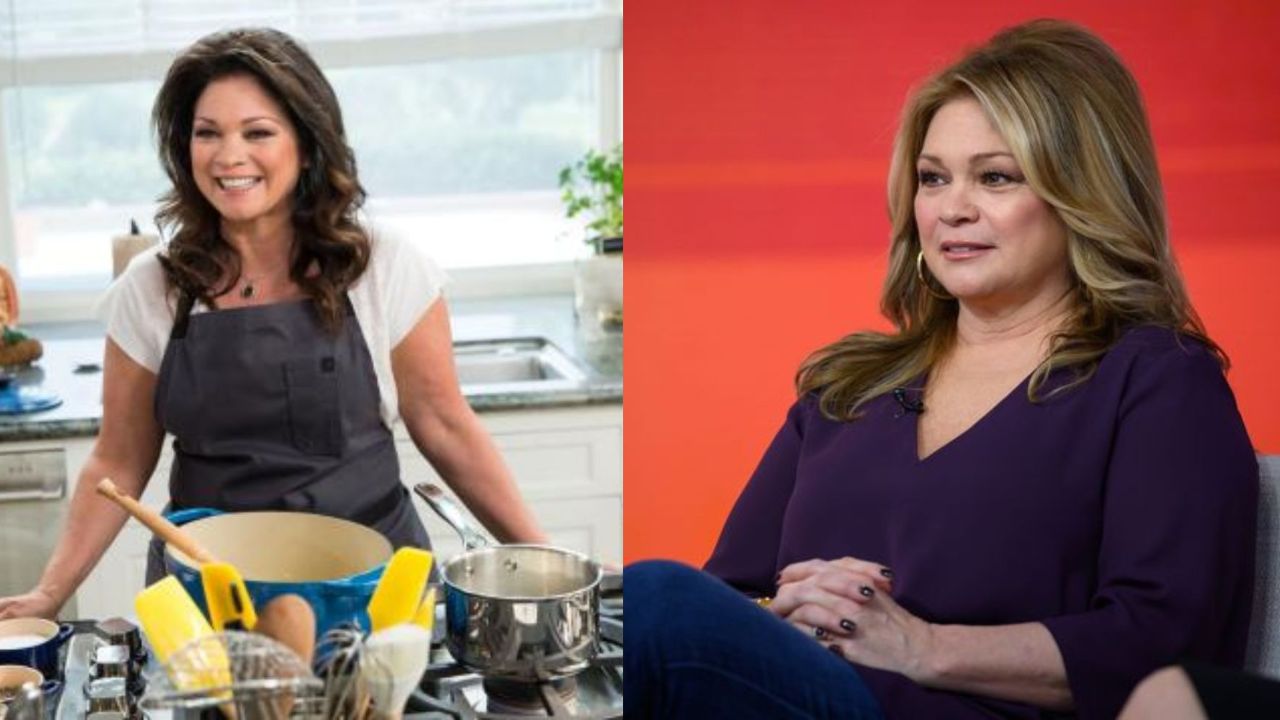 Valerie Bertinelli’s life has been a long battle with weight gain and body image issues for about six decades. Valerie had been living in a cycle of weight gain and weight loss until one day in 2020, she decided that she was fed up with it and resolved to be kinder and more accepting of herself.

Valerie Bertinelli is an American actress who first came to fame as a child actress when she portrayed the character of Barbara Cooper Royer in the sitcom One Day At A Time. For her performance in the show, she won two Golden Globe Awards for Best Supporting Actress in a Series, Miniseries or Television Film.

She replicated her success well into her adult years when she played the characters, Gloria in the religious drama series Touched By An Angel and Melanie Moretti in the sitcom Hot in Cleveland. The latter earned her a nomination for a Screen Actors Guild Award.

Besides acting, Valerie Bertinelli has also done a lot of hosting gigs for Food Network. She has done the cooking shows like Valerie’s Home Cooking and Kids Baking Championship. The former one got her six nominations for Daytime Awards, out of which she won two. Recently, in December 2021, she signed a new deal with Food Network.

Valerie Bertinelli was honored with a star on the Holywood Walk of Fame in 2012.

Previously, we touched on the weight gain stories of Cole Sprouse and Jennifer Love Hewitt.

Fame is a thing that Valerie Bertinelli (@wolfiesmom) has known since she was a child. But what she has not known since she was just a child is peace when it comes to her body. Her being in the entertainment industry from a very young age has even exacerbated her body image issues.

She always had a body type and it was not a slim and fit one. She has always suffered because of it. She was the one to gain weight the fastest and the slowest to lose weight. It took her more than six decades of her life to know better than to get upset over it.

The Emmy winner grew up with the thought that for people to accept her and like her, she had to look a certain way. She felt that it was her fault if she failed to look the type. So, with her body type, she remained craving validation from people that never came her way, which she took as her biggest failure.

Every parental and adult figure in Valerie Bertinelli’s life who was supposed to be responsible for her happiness and learning failed her. In place of happiness, she learned to chase it through people’s opinions of her body. Her body which she thought had to be slim and slim always. If she was anything other than, for every negative remark that came her way, she believed she was fair game.

The One Day At A Time star had watched her father bully her mother and treat her badly just because she gained weight. A 5th-grade teacher had once poked her in the belly and told her that she would want to keep an eye on that. She grew up learning that people are not lovable when they gain weight. She attached her self-worth to her weight and body since then.

When the Touched By An Angel actor got a bit older, that feeling of not being deserving of love because of her body only intensified. The entirety of her time when Valerie Bertinelli was a teenage star in the sitcom One Day At A Time, she spent comparing herself to her costar Mackenzie Phillips and obsessively scrutinizing every little detail of her body and feeling shameful about it.

Valerie once told a reporter that she looked like a ton of lard standing next to Mackenzie. Though she pretended to be the bubbly upbeat all-American girl, she only ever considered herself a failure.

Carrying that idea into her adult years, in 2007, the Hot In Cleveland star became a spokesperson for the Jenny Craig program and appeared in several commercials. The following year, she published a memoir Losing It: And Gaining My Life Back One Pound at a Time, in which she talked about the weight loss she had following the Jenny Craig diet.

Valerie Bertinelli had lost a total of 50 pounds over the course of two years and so she hopped on the cover for People in a bikini to show off her weight loss. But the happiness she found when she shed all that weight, as she would find, did not last long.

The photoshoot was the end of that as soon after that, Valerie Bertinelli began to gain weight again.  She was starving herself and doing twice a day workout, but all in vain as she was unable to retain the weight loss she had.

In 2009, the Food Network host wrote and released another memoir about that Finding It: And Satisfying My Hunger for Life Without Opening the Fridge, where she revealed how hard it was to maintain her very public weight loss.

Valerie Bertinelli came to the discovery about what happens in the aftermath of weight loss. Dieting certainly fixes the weight gain problem, but to maintain that weight loss, she realized that one has to work on everything else — all the reasons that one got fat in the first place.

And then Valerie once again resumed her battles with weight gain, resolving that she was going to lose some at a time. Then, in 2020, like any other year, she prepared to start the year determined to lose 10 pounds – the same 10 pounds she had been trying to lose for the past forty years – when she just decided as she walked over the scale that she couldn’t be doing that again.

It had always been like that for years and finally, she grew tired of living in a cycle of weight gain and weight loss and then weight gain again.

On October 6, 2020, Valerie Bertinelli lost her first husband Eddie Van Halen to cancer which really put her life into perspective. It took the end of the life of a beloved to see what truly matters. After that, she was forever done judging herself and resolved to be kinder and more accepting of herself.

If you want to know more about the details of her battles with weight gain, you can check out her new memoir where she bares it all Enough Already: Learning to Love the Way I Am Today, which she published in January 2022.