Zac Efron’s Weight Gain: Fans Are in Love With His Dad Bod! 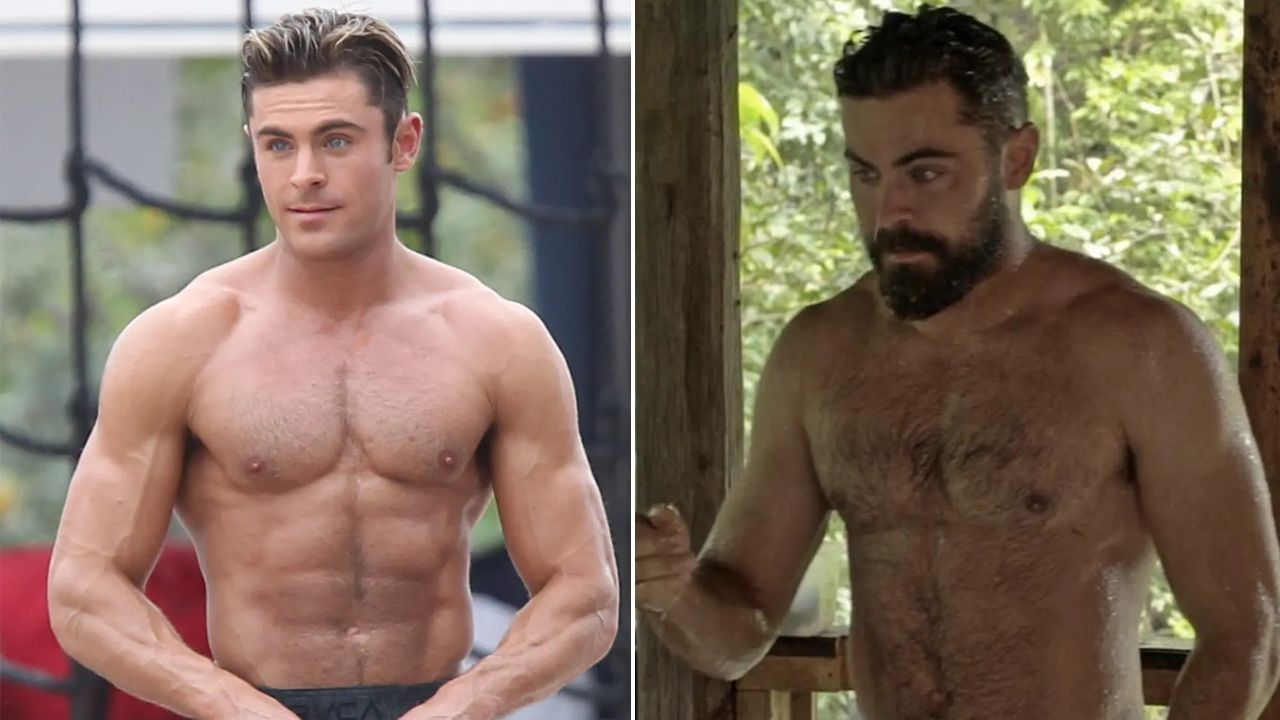 Zac Efron’s weight gain in 2022 is the latest topic of curiosity on the internet. Rising as a phenomenal actor since his first debut in High School Musical saga to date, Zac has claimed his name in the hearts of his audience. While his charm mesmerizes many, his weight gain and dad bod is something that can’t be helped but talked about. Whether it’s beach body or the “dad look”, Zac Efron slays it all, and the audience couldn’t help but be in awe!

There might be a very less number of people who may not know Zac Efron! Making his first debut in High School Musical back in the 2000s as Troy Bolton, Zac is one of the beloved actors who has been successful enough to make an impact ever since his entrance into the industry.

Rising to mainstream prominence, Efron’s good looks have always been one of his plus points. Whether it’s looking incredibly hot in his beach body in Baywatch or letting his body weight gain, his fans never miss any chance to lift Zac up.

Looking just as attractive when he was in his peak fit physique, fans are in mayhem over Zac Efron’s dad bod. While many celebrities usually have to face backlash once they gain weight, fans on the other hand are crazed over Efron’s weight gain. So, here’s all you need to know about Zac Efron’s weight gain saga.

Previously, we touched on the weight gain efforts of Ashley Judd and Jazz Jennings.

Zac Efron’s Weight Gain: Fans Are Crazy Over His “Manlier” Body, but Here’s What the Actor Has to Say About It!

Zac Efron‘s weight gain possibly made a big buzz on the internet. Often associated with ripped, hairless abs, Dad bod is definitely something unusual for Zac. Reinventing himself for Netflix’s Down to Earth, Zac morphed from a hunky high schooler in High School Musical to a ripped lifeguard in 2018’s Baywatch reboot, to a manly dad bod in the series.

The huskier and less defined physique of Zac Efron surprisingly still has a hold on his fans. Multiple tweets sharing Zac’s weight gain have been shared where fans have revealed their excitement about the star’s transformation.

Those who have been following Zac Efron’s career should be aware that he has transformed his appearance in recent years. He has admitted to following an abnormal diet in order to look as well as he did in Baywatch and perform beside Dwayne “The Rock” Johnson.

On Hot Ones, the actor said it was “stupid” to strive to maintain his figure. He exclaimed, “That was actually a really important time to do Baywatch. Because I realized when I was done with that movie I don’t ever want to be in that good of shape again. Really. It was so hard. You’re working with almost no wiggle room. You’ve got things like water under your skin you’re worrying about. Making your six-pack into a four-pack. Shit like that that’s just not… it’s just stupid, it’s just not real.”

Efron also insisted how it was a pressure to keep on maintaining his abs and “the sexy look” and how he just wanted to enjoy his body for once. Though it might have been for his role in the series, Zac surely does look more content with how he is right now and doesn’t seem to care about the backlash he is getting.

In the episode of Hot Ones, Efron confessed, “It was very important to do Baywatch as I realized, when I finished with the movie, that I never want to be back in good shape again,” implying being “the perfect version” of himself actually had a toll on his mental health.

Looking at Efron’s picture now, it’s undeniable that he has actually slayed the weight gain look. Though the Highschool Musical star had to face multiple backlashes, he is unbothered and rocking his dad bod!

What Was Zac Efron’s Diet Before Embracing His Dad Bod?

Zac Efron had quite a diet planned for his sleek intense muscle packed physique for Baywatch. Appearing in his prime muscular physique, Zac’s body in the movie can be counted as one of his prime build. Not just losing weight, but Efron also developed the kind of washboard abs that most meatheads desire.

According to reports from Man of Many, when it came to getting Efron in shape for Baywatch, personal trainer Patrick Murphy “introduced an all-organic whole-food regimen.” Efron’s diet was supplemented with unflavored whey protein and a minimum of 100 ounces of water daily.

Efron’s chiseled abs in the movie stunned many and thus knowing what he did exactly to achieve it has piqued the interest of his fans and followers.