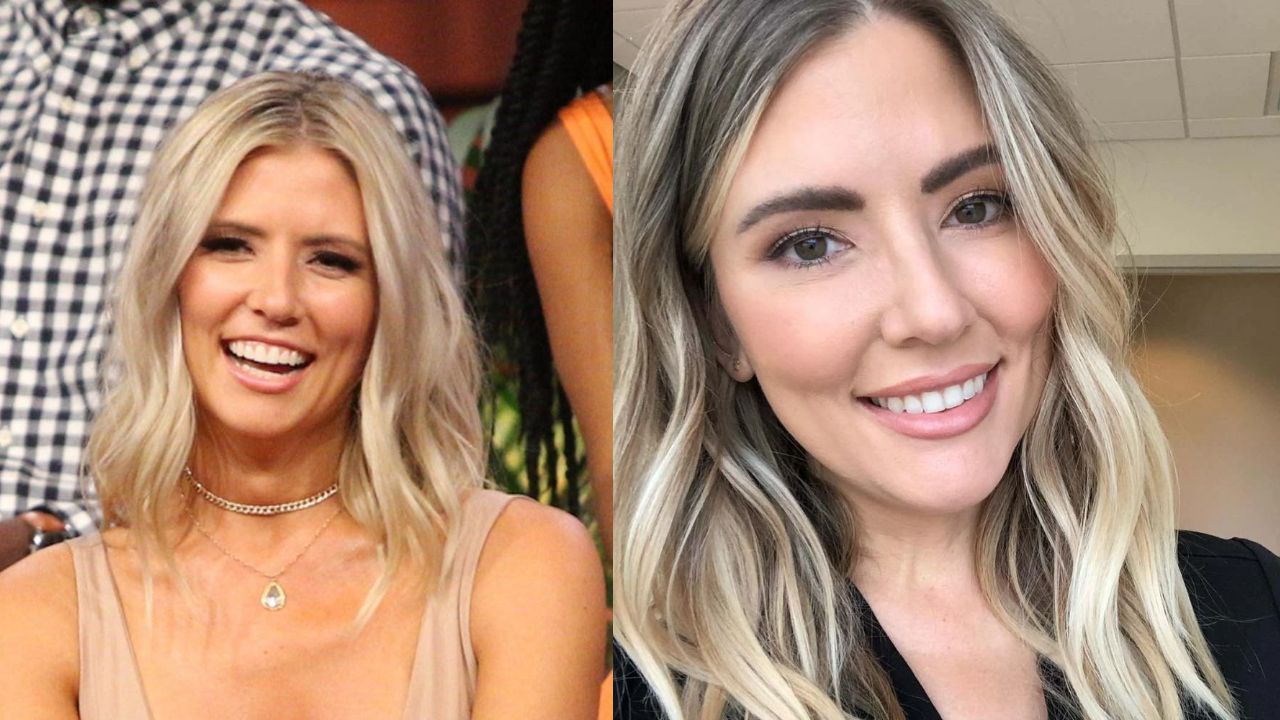 Many people wonder if Danielle Maltby has undergone plastic surgery like a boob job, Botox, and fillers to enhance her beauty, especially since her return in the latest season of Bachelor in Paradise. Well, the 37-year-old-old star openly admits to the boob job, however, has not spoken about the rest of the allegations.

Longtime followers of Bachelor Nation will recognize the first newcomer during Week 4, Part 1 of Bachelor in Paradise. Danielle Maltby, a former contestant on Bachelor and Bachelor in Paradise, had her sights on widowed single father Michael Allio as she climbed the stairs at the beginning of Episode 6. On their romantic date, the two talked openly about their experiences with loss, sadness, and love. Now we are unable to stop shipping them.

A neonatal nurse from Nashville, Tennessee, Danielle Maltby began her relationship with The Bachelor during Season 21. She dated the lead contestant Nick Viall but was eliminated during Week 7 of the show. She later made a brief appearance on Season 4 of Bachelor in Paradise. She left the beach in Week 2, but it already appears like Season 8 is treating her better.

Of course, Danielle Maltby does not look the same as she was when she previously appeared in Bachelor. Her appearance has been making headlines as many people believe she might have undergone plastic surgery to enhance her beauty. Well, let’s find the truth.

Previously, we touched on the plastic surgery efforts of SZA and Jamie Lee Curtis.

Danielle Maltby’s Plastic Surgery: The Bachelor in Paradise Star Openly Admits to Undergoing Boob Implantation but Is Silent About the Other Allegations!

Danielle Maltby (@dmmaltby) has been receiving wide attention after her return to the Bachelor Nation. During Week 4, Part 1 of Bachelor in Paradise, she made her comeback, however, her return wasn’t the only thing fans had their eyes on. She also brought multiple plastic surgery allegations with her. Before moving to the other allegations, let’s discuss the treatment she has openly admitted to.

Danielle underwent a boob job in 2018 and she has forever been open about it. She never hid it from the public. In fact, she admitted that she loved the attention as soon as she underwent the procedure. In a preview for Season 4 of the reality dating competition. she joked about her big boobs saying, “I don’t know what to do with these yet.”

Similarly, Danielle Maltby has also been accused of applying Botox to her face. Viewers people the Bachelor in Paradise star looks even younger now. Women between the ages of 25 and 55 frequently discuss Botox and how to minimize facial aging. Many people believe that middle-aged people’s motivation for using Botox is to maintain their youthful appearance as long as feasible. Therefore, we can assume the 37-star-star prefers her late 20s or early 30s appearance and might have applied Botox to stop aging.

Similarly, people also have speculated that she uses fillers to correct moderate-to-severe facial wrinkles and skin folds. Additionally, fillers also help in increasing the fullness of lips, cheeks, chin, under-eye hollows, jawline, and back of the hand.

However, the BIP star has neither admitted nor denied the rumors regarding her plastic surgery rumors except for the boob job. No matter what is the truth, we can’t deny that the 37-year-old star looks absolutely stunning and viewers can’t stop but praise her beauty. Not to forget, Danielle Maltby is an aesthetic nurse injector at Image Surgical Arts. Hence, there’s a high chance she underwent cosmetic surgery considering the fact that she works in the same field.

Are Danielle Maltby and Michael Allio Still Together?

Although Michael Allio and Danielle Maltby haven’t publicly discussed their rumored romance, they did attend the wedding of Bachelor in Paradise bartender Wells Adams to Sarah Hyland on August 20. Danielle and Michael were seen together in a few wedding images and videos, despite the fact that they didn’t publish any photos from the significant event.

Vogue covered the event and published numerous images from the memorable event. Michael and Danielle can be seen standing next to one another and holding hands in one group shot, which is also the last one posted online.

All of the Bachelor and Bachelorette alumni who were present, including Kaitlyn Bristowe and Jason Tartick, Nick Viall, Ben Higgins, Caelynn Miller-Keyes, Grocery Store Joe, Chris Soules, and Derek Peth, were prominently displayed in the photograph.

The most recent leaks and spoilers indicate that the happy couple is still together after leaving the beach, which is good news for supporters of them. First off, it’s a positive indicator that Michael and Danielle both follow each other on Instagram. The main spoiler, however, comes from blogger Reality Steve, who disclosed that the two leave the beach together. They don’t leave engaged, but it seems like things are still going well for them.