Jamie Lee Curtis’ Plastic Surgery: What Does The Halloween Ends Actress Look Like Now? Check Out the Before and After Pictures! 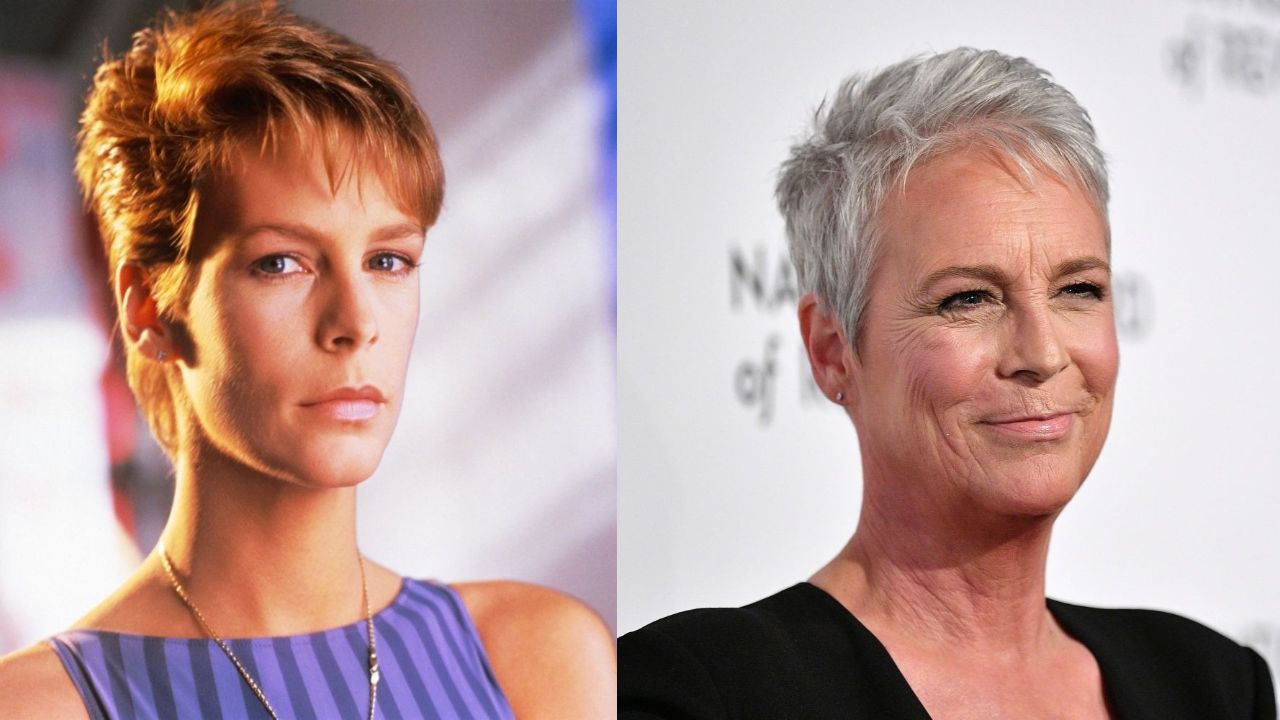 Jamie Lee Curtis is an American actress, producer, children’s author, and activist who first came to prominence with her portrayal of Lt. Barbara Duran on the ABC sitcom Operation Petticoat. In 1978, she established herself as a scream queen when she made her feature film debut playing Laurie Strode in John Carpenter‘s slasher film Halloween, which led to a string of parts in horror films such as The Fog, Prom Night, Terror Train, and Roadgames.

The actress has reprised the role of Laurie in the sequels Halloween II, Halloween H20: 20 Years Later, Halloween: Resurrection, Halloween, Halloween Kills, and Halloween Ends. Halloween Ends was the most recent one and she had lately been doing a promotional tour for the movie. This exposure in the media for press of the movie has increased speculations about her plastic surgery. Here are the details about Jamie Lee Curtis’ plastic surgery!

Previously, we touched on the plastic surgery efforts of David Hasselhoff and Taylor Armstrong.

Jamie Lee Curtis’ Plastic Surgery: The Knives Out Actress Regrets the Cosmetic Procedures She Got When She Was too Young for That!

Jamie Lee Curtis (@jamieleecurtis) has dabbled in plastic surgery which is one of her biggest regrets. She has had Botox, lipo, and fat taken out of underneath her eyes.

In an interview with Today, Jamie Lee Curtis shared a piece of very simple but stern advice she gave to her two daughters Annie Guest and Ruby Guest, which was, “Don’t mess with your face.” She warned them against getting plastic surgery as she knew a lot about them from when she had dabbled with several procedures in the past and she hadn’t liked the results much.

In fact, the mishap with plastic surgery has made the Halloween Ends actress ‘pro-aging’ and she wants those procedures to be things of the past. As she explained what happens when you get cosmetic work done,

I did plastic surgery. I put Botox in my head. Does Botox make the big wrinkle go away? Yes. But then you look like a plastic figurine.

As someone who has experience with plastic surgery and who didn’t like it much, Jamie Lee Curtis does not want her daughters to go the same path as her and later regret it. She hopes that they never feel the pressure that she felt to get work done like she did, what with all the impossible beauty standards, and they will learn to be happy and feel content with what they have contributed to humanity.

Jamie Lee Curtis wants them to learn from those mistakes of hers and everyone else who gave in to the pressure and had plastic surgery because it did not work and many are still fixated on that now, which is something she does not want for her daughters.

This is not the only time the actress has spoken of how harmful plastic surgery can be. In an interview with Fast Company magazine last year, she said that she had tried having cosmetic procedures but it didn’t work and instead got her addicted to Vicodin.

Jamie Lee Curtis has had several procedures such as Botox, liposuction, and one where fat was taken from underneath her eyes. She revealed in an interview with Variety in 2019 that she sought plastic surgery very early as her twenties when a cameraman’s comments about her ‘puffy eyes’ got to her. When she got it, she got addicted to Vicodin and this kicked off a 10-year addiction to painkillers.

After what happened to her when Jamie Lee Curtis got plastic surgery, no wonder she hates and regrets them. The Knives Out actress who is 23 years sober now, warned that,

The current trend of fillers and procedures, and this obsession with filtering, and the things that we do to adjust our appearance on Zoom are wiping out generations of beauty. Once you mess with your face, you can’t get it back.

Of course, Jamie Lee Curtis speaks from experience when she dabbled with many procedures none of which did any good to her. She told More in 2002,

The actress has suffered the consequences of plastic surgery and so, warns people against the effects of Botox and other procedures. She now advises people to be comfortable with the way they look so they don’t feel the need to get anything done. In an appearance earlier this week on Greatest Hits Radio, host Jackie Brambles noted how Curtis now always looks comfortable being herself.