Is Bella Thorne Gay? The Shake It Up Star’s Sexuality Revealed! 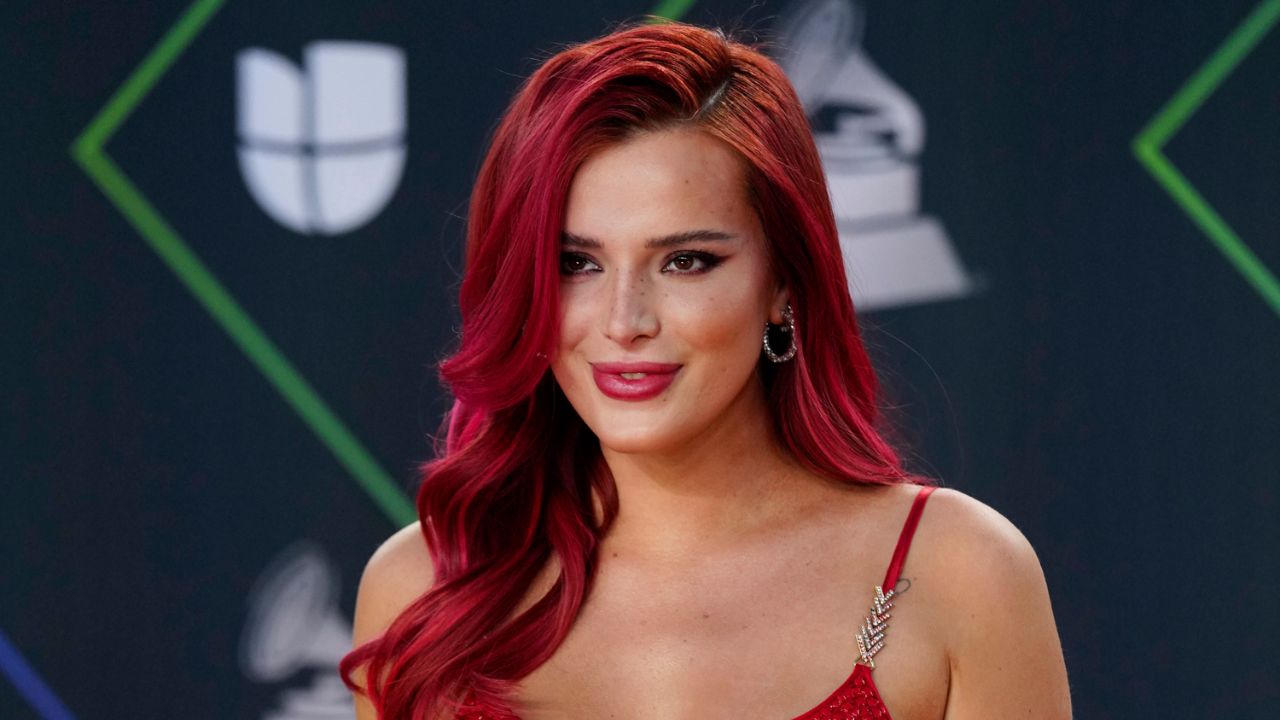 Bella Thorne is not gay, she is pansexual. The Disney star revealed in 2019 on Good Morning America that she was attracted to personality regardless of what gender they are. Many fans thought Bella Thorne was gay when she was photographed kissing a woman in 2016 but she had come out as bisexual then.

Bella Thorne is an American actress, model, singer, and writer, who first came into prominence as a child actor when she was just 10 after she played the role of Margaux Darling in the series Dirty Sexy Money. She also starred as Ruthy Spivey in My Own Worst Enemy. Her breakthrough role was the role of CeCe Jones on the Disney Channel series Shake It Up. She won an Imagen Award for it.

Besides that Imagen Award, Bella Thorne also has a Shorty Award, a Teen Choice Award, and three Young Artist Awards. She has appeared in numerous films such as Blended, Alvin and the Chipmunks: The Road Chip, The Babysitter film series, Amityville: The Awakening, Infamous, and Girl.

Outside of acting, the actress has also ventured into music. She dropped her debut single Watch Me in 2011, which charted at 86 on the US Billboard Hot 100. Since then, she has since released the EP Made in Japan in 2012 and the EP Jersey in 2014. In 2019, she directed the adult film Her & Him, which garnered her a mixed reception. She won a Po*nhub Visionary Award for that.

Besides her career, there have always been too many speculations surrounding her love affairs because of how scandalous she once used to be, and every single relationship the Disney star‘s been in is looked at with too much curiosity and intrigue. Such intrigue shifted from her relationship to her sexuality after it became public knowledge that not all her love affairs were with men. Fans were curious to know and were googling ‘Is Bella Thorne gay?’ Well, she has revealed it now!

Is Bella Thorne Gay? The Disney Alum Identifies as Pansexual!

In 2016, Bella Thorne (@bellathorne) was photographed kissing a woman which sparked interest in her sexuality. Many fans thought that she had stayed closeted till then and had finally come out as gay. While others didn’t agree that she was necessarily gay as she had been seen with men as well and that could mean that she is bisexual.

After the photos came out, a fan asked Bella Thorne whether she identified as bisexual on Twitter to which she replied, “Yes,” quote-tweeting the question to appear on her profile. That put an end to the fans’ theory that she was a closeted gay person. And she was officially out as a bisexual.

However, three years later, Bella Thorne opened up more about her sexuality and revealed that she identified as a pansexual in an interview with Good Morning America. She was there to promote her book The Life of a Wannabe Mogul: Mental Disarray when she said that she had recently realized that her sexuality didn’t fit the label of bisexuality she had put in 2016.

The actress said that not even she herself knew about it until someone explained it to her.

I’m actually pansexual, and I didn’t know that. Somebody explained to me really thoroughly what that is.

Bella Thorne further described her sexuality as being attracted to someone’s personality more than their body.

Just a few months before Bella Thorne revealed her sexuality on Good Morning America, she told in an interview with Gay Times magazine that coming out as bisexual had negatively impacted her career because she was denied roles and treated differently.

The Shake It Up star hadn’t exactly had people come up to her and say, “Well, you’re gay so I’m not going to hire you,” but she faced more subtle discrimination from a few places on the acting side that were very negative about it. Someone canceled her audition right after she came out as bisexual without giving a good reason for justification.

But even though Bella Thorne could feel that her coming out as bisexual had changed some people’s attitude towards her, she is glad that she had freely expressed her sexuality and she has no regrets about that. When she was asked how often was she hearing from other young, queer kids saying, “Thank you for being you. Thank you for being out. Thanks for just living your truth,” she said that she had been hearing it ‘all the fuc*ing time and it made her so happy.

Bella Thorne explained that it just made her so happy when the kids who have been soul crushed throughout time and told they could be everything else, just not themselves, felt a connection with her and felt heard when she was living out her truth.