Jenna Ortega’s Plastic Surgery: Is the Wednesday Cast Natural or Has She Had Work Done? 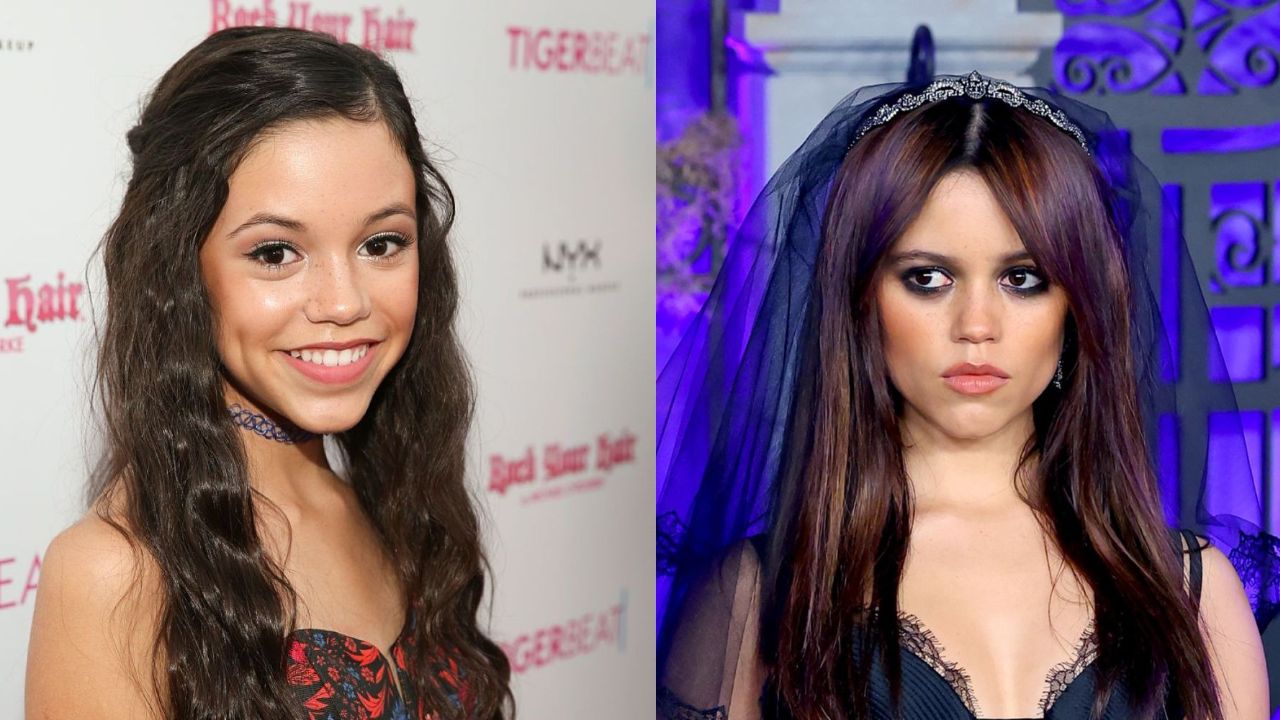 Jenna Ortega’s plastic surgery speculations began soon as Wednesday hit Netflix. The actress just turned 20 and looks very beautiful and natural. Her appearance, in no way, suggests that she has had any cosmetic work done. But, because of the nature of the industry she is in, fans can’t help but wonder about Jenna Ortega’s plastic surgery because it’s become so normal these days.

Jenna Ortega is an American actress who rose to prominence as a child when she played the role of young Jane on The CW comedy-drama series Jane the Virgin. She also starred as Harley Diaz on the Disney Channel series Stuck in the Middle and she bagged an Imagen Award for her performance in it. She also did voice acting as Princess Isabel on Elena of Avalor from 2016 to 2020.

Since then, she has done The Fallout which is her most critically acclaimed performance to date. She also appeared in the second season of the Netflix thriller series You and in the family film Yes Day. She has established herself as a scream queen after starring in several slasher films such as X and Scream. She recently appeared in the lead role of Wednesday Addams in the fantasy series Wednesday.

Since the release of Wednesday threw the limelight on her, there has been a heightened interest in the actress’ private life. Some of them want to know her relationship status while others are following her career. Lots of viewers are even wondering, unprompted, if she had plastic surgery. That really came out of nowhere because she looks very natural and why would people think of cosmetic works while seeing a face like hers? Let’s find out more about Jenna Ortega’s plastic surgery!

Also, check out the plastic surgery stories of Mia Thornton and Christina Ricci.

Jenna Ortega (@jennaortega) lately has started to become the subject of discussion of plastic surgery after she stole the limelight with the release of Netflix’s Wednesday because well, it’s unavoidable given the superficial nature of the industry she’s in.

There is absolutely nothing like the changes in her face (the difference in her nose, the fullness of her lips, the shape of her eyes, the contour of her cheeks, etc) that might suggest she has had work done. No rhinoplasty, no lip fillers, no brow lift or an eyelift, or cheek fillers. Nothing to make people be like ‘oh, that does not seem natural, did she get work done?’ But still, they can’t help wondering if she had plastic surgery because it’s very normal in the acting industry and the cosmetic works could be subtle.

Fans merely are googling ‘Jenna Ortega’s plastic surgery’ because they think something might come up. But I don’t think anything’s coming up because it seriously looks like she has not got anything done. She looks exactly like she did in the photos of her from before when she was a preteen and a teen. Like there are not enough changes that we can attribute to growth and aging, save for her cheeks, because there’s no difference to be found.

Well, Jenna Ortega does look leaner now, especially in the face. Her cheeks used to be rounder before and now, it’s slimmer. That one thing, I think, could be explained away with losing baby fats and a little bit of weight loss. It definitely does not look like she got plastic surgery (buccal fat removal) for making her cheeks more pronounced and hollow.

Also, the Wednesday cast wouldn’t have things like Botox because she just recently turned 20. She is not going to need anti-wrinkle injections now. Hell, it’s too early for her to be getting even preventative Botox. And as for the nose, she does not have a Hollywood nose. She has a bigger (by Hollywood standards) nose bridge and a wider nasal base. And it seems, in the recent picture, that she’s mastered the art of contouring her nose. Definitely not plastic surgery.

And Jenna Ortega definitely did not have fillers, not on her face and not on her lips. Her cheekbones don’t look higher or more sculpted than before in the recent pictures. She just lost a bit of volume which was just losing the baby fat. And as for the lips, she already has fuller lips which is the trend. So, it’s highly unlikely she got the lip fillers. Plus, they don’t look sus. Overall, she’s natural and hasn’t taken the aid of plastic surgery.

Jenna Ortega Does Not Blink For The Entirety of Wednesday and It Looks Super Creepy!

Well, Wednesday was always supposed to be this cynical and morbid and creepy character and Jenna Ortega has done full justice to the role in Netflix’s Wednesday. She especially mastered the creepy and unrelenting stare, the one that makes her look like she’s just casually thinking of killing you and the thought does not incite any feelings in her and she’s just wondering what it would feel like.

And oh, did you realize that she never blinks at all throughout the series? It’s not just the creepy stare but she very unnaturally does not ever close her eyes for blinking. This is a part of how she chose to portray Wednesday. She decided on this with director Tim Burton when they were developing the character’s characteristics, and mannerisms. They both agreed that not blinking would add to her eerie ways. In an interview with Today, Jenna Ortega said,

She doesn’t blink. [Tim] likes it when I tilt my chin down and look through my eyebrows, kind of like a Kubrick stare, and then I relax all the muscles in my face.

This got pretty annoying and inconvenient for her while filming because they were filming through a Romanian winter and as the wind hit her face, it was very hard for her to keep her eyes open but she figured out a way around it. She gave herself the time to blink while the focus was not on her when her costars said their lines. And she would go back to not blinking when she’s delivering her own lines.