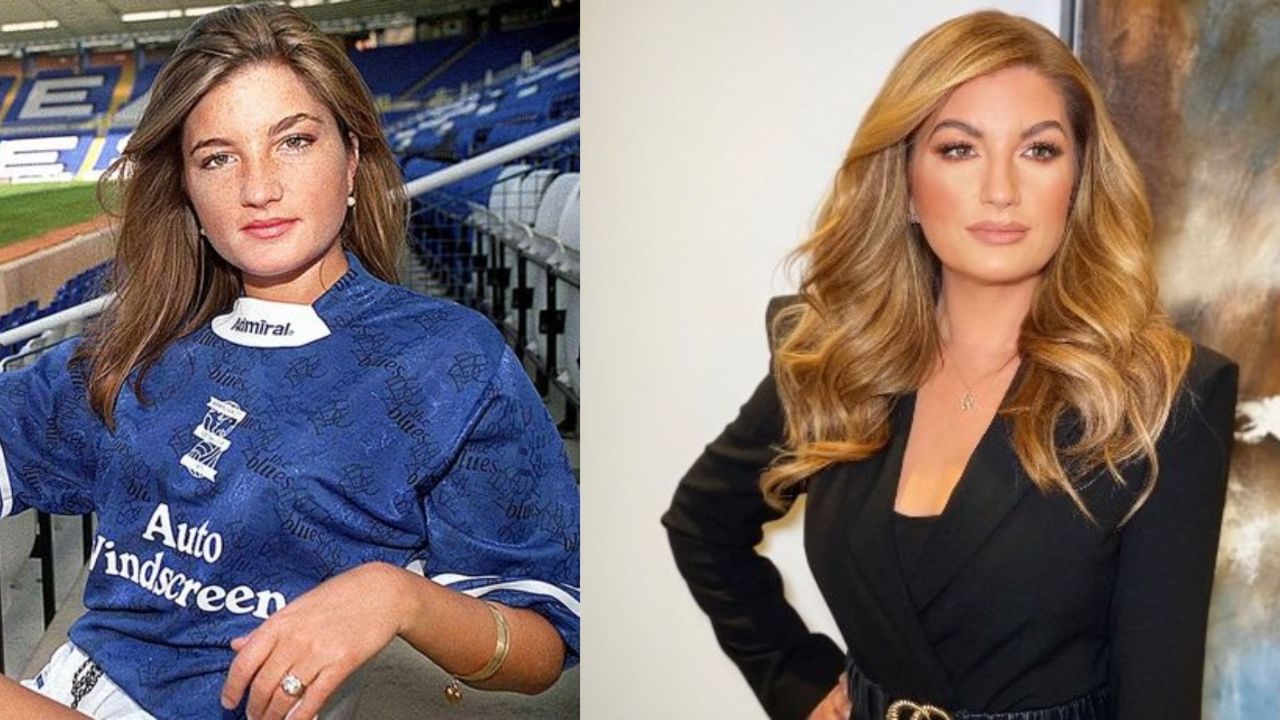 Karren Brady has sworn off plastic surgery because she said that the thought of having elective surgery does not appeal to her ever since she underwent a big brain operation. However, people can’t help thinking that The Apprentice star’s got some work done because she looks better and younger now than she ever did before. And they are right. Karren Brady definitely got some work done. Only they don’t technically qualify as plastic surgery because what she got was a non-invasive facelift and she also got CoolSculpting done.

Karren Brady, Baroness Brady, CBE is a British business executive and television personality who is mostly known for serving as an aide to Alan Sugar on The Apprentice. She is a Conservative member of the House of Lords and has been a Small Business Ambassador to the UK Government. She currently serves as the vice-chairman of West Ham United F.C. She used to be a managing director of Birmingham City F.C. prior to that.

A very smart and sharp business executive she might be, but she has garnered the most fans and followers because of her appearance on The Apprentice. But being in showbiz also means she has faced the pressures of remaining youthful and avoiding the signs of aging like the plague. But did she undergo plastic surgery for that? She had sworn it off a long time ago. Did she go back on her words or did she find another way to retain her youth? Let’s find out more about Karren Brady’s plastic surgery!

Previously, we touched on the plastic surgery stories of Sarah Jayne Dunn and Helen Mirren.

So, Karren Brady (@karren_brady_official) is on everyone’s mind after her ultra-glam transformation was revealed in the new season of The Apprentice that kicked off the previous week. She came back on the screen and stunned everyone with her looks. She was looking better and younger than ever. Fans were left awestruck and also wondering if all that beauty was natural or if she had plastic surgery.

Well, no. It’s very rare for people to look ten years younger without plastic surgery. And she is not exceptional. The former managing director of Birmingham F.C. has treated herself to a cosmetic treatment that did not just prevent her aging but de-aged her. She has talked about it. Thankfully, she has not tried to pass off her beauty as all-natural.

Karren Brady got a “lunchtime facelift” which worked wonders for her. When she turned 50 in 2019, she was plagued with worries about signs of aging. She wanted to do something about her aging when she hit 50 and with menopause looming. She knew that she needed some kind of help (read plastic surgery), she just didn’t know what. She, however, knew that she was not going Botox and fillers route because she knew some people who did.

So, when a friend recommended a cosmetic specialist called Dr. Nyla Raja who was based on London’s Harley and specialized in facelifts, she did not hesitate to get plastic surgery. She got £1,500­ worth of a one-hour non-invasive facelift that used three advanced technologies. Such a facelift works when radio-frequency tackles the top layer of skin to tighten, tone, and shrink pores while the ultrasound energy stimulates collagen production to smooth wrinkles and the charcoal peel removes toxins.

Karren Brady didn’t regret her decision to avoid the Botox and fillers route and get that facelift. The results of that non-invasive plastic surgery, she said, were amazing. Her skin felt baby soft, and her makeup just glided on because she had smaller pores and also fewer crow’s feet. Her face felt slimmer and her neck tighter. And that’s not even the best bit. The best part about the non-invasive facelift is that it didn’t hurt and she could go back to work without anybody knowing.

The non-invasive facelift was not the only plastic surgery that Karren Brady had to look the way she does now. The Apprentice star also got some other ‘tweakments‘ about which she has opened up. In 2021, she shared that she underwent CoolSculpting and compared her experience with Linda Evangelista who claimed that the cosmetic treatment left her “brutally disfigured.”

Though Karren Brady admitted that Cool sculpting, along with other plastic surgery procedures she has had been unpleasant, she added that it was easy to know the result would be worth it. However, weighing in on Linda Evangelista’s case, she said that it was proof that cosmetic procedures don’t always work. She further explained that the cause of Evangelista’s misery was a rare reaction to CoolSculpting.

In the procedure where fat cells are frozen and killed and then ejected from the body via the liver, the frozen fat which looks like a block of butter is supposed to go down and disperse whereas Linda’s stayed firmly in place, leaving her deformed and permanently disfigured. Karren Brady said that she was thankful that she had a good result but also stressed that it may not necessarily be that way for everyone. She said that Linda is the “proof you can have the treatment and not achieve the results you were looking for.”

For now, looks like this is all she has that has de-aged her. However, Karren Brady does not consider any of it plastic surgery. Notice how she chose to have a non-invasive facelift (which is generally invasive). Well, that’s because she has sworn off plastic surgery but not because of the risk that it may go wrong. Her perspective on cosmetic treatments changed after she had to undergo a very dangerous emergency surgery for a potentially fatal brain aneurysm.

Karren Brady said that she will never undergo any elective surgery (plastic surgery is never necessary) for the sake of vanity. The West Ham vice-chairman is never going to deliberately put herself at risk just to maintain her looks. As she said,

After having a five-hour operation to save my life, the thought of having another out of choice is ridiculous. I’m not unhappy enough with myself to take that kind of risk.