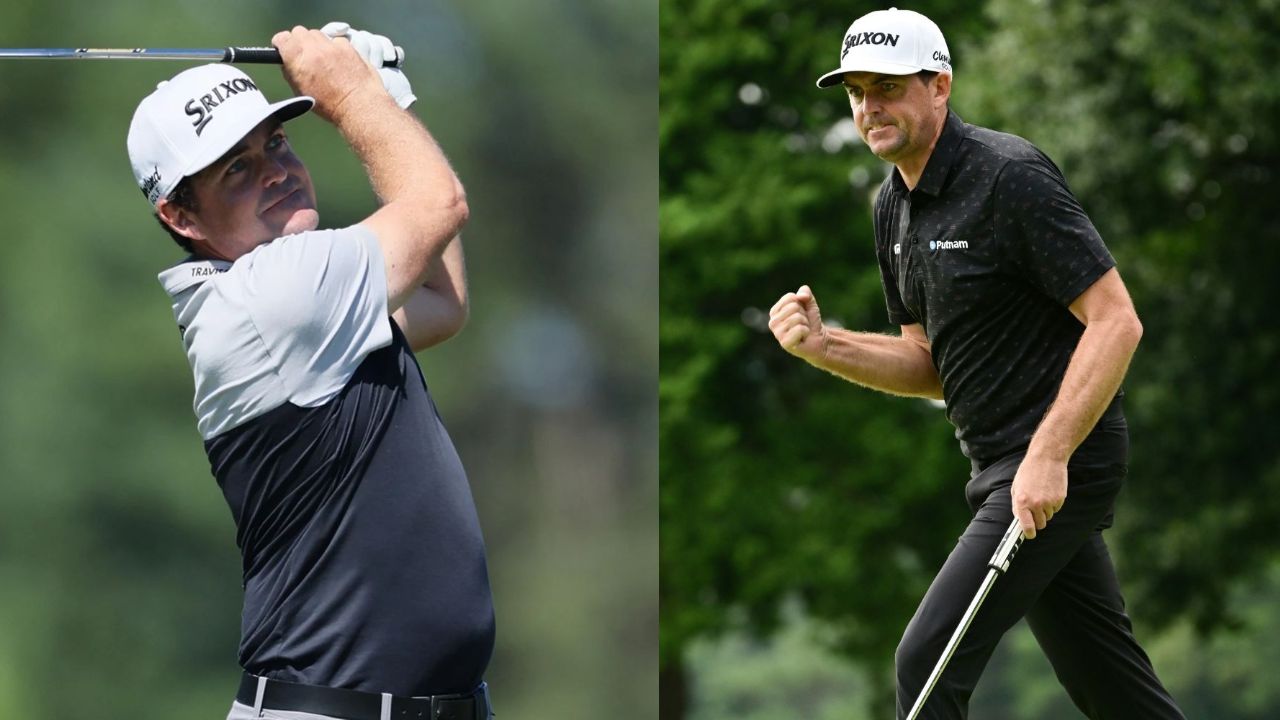 Keegan Bradley seems to be in much better shape after the significant weight loss of 30 pounds he had, seeing how he opened the Sentry Tournament of Champions with a three-under 70 that included birdies on two of his last three holes. He was 190 pounds in 2008 when he turned pro and over the years, he had gone up to 220 pounds, which he felt affected his game because he always felt fatigued. Keegan Bradley followed a meat-only diet supervised by UpWellNess nutrition company and incorporated a cardio exercise regimen for the weight loss process.

Keegan Bradley is an American professional golfer. He is one of six golfers, along with Ben Curtis, Fred Herd, Willie Park, Sr., Francis Ouimet, and Horace Rawlins, who won in his major debut. He has impressively won five tour events, most notably the 2011 PGA Championship. That year, he was briefly featured in the top ten of the Official World Golf Ranking and he was also the PGA Tour Rookie of the Year.

He is currently playing at the 25th PGA Tour which is being held on Kapalua Plantation Course. He even secured a top spot recently in October 2022 when he won the Zozo Championship for his fifth PGA Tour victory, which was his first since the 2018 BMW Championship. He seems to be in much better shape now after his weight loss. It’s wild to think how not so long ago, he had slipped because of his size which affected his agility. Now, he’s taken control of the situation. Here’s everything to know about Keegan Bradley’s weight loss!

There are more interesting weight loss stories of Harry Melling and Wendell Pierce for you to check out.

Keegan Bradley’s Weight Loss: Check Out the Details of His UpWellNess Diet and His Exercise Regime!

Keegan Bradley (@keeganbradley1) had one of the most stunning transformations among golf players after an incredible weight loss of 30 pounds in just five months. He had gone up to 220 pounds from 190 pounds before he decided to lighten up. And now, he’s back to 190 pounds.

Keegan Bradley didn’t think about how bigger he had become for an athlete until the BMW Championship at Wilmington Country Club in Delaware when he shot a closing five-over 76 to finish T-58 and failed to advance to the Tour Championship. He failed to swing optimally and realized that he wasn’t in the kind of shape required to play his best golf. He said that he felt like he was kind of fatiguing.

So, Keegan Bradley decided to undergo weight loss in order to improve his overall health when he had the realization that he played his best golf and he swung a lot better when he was super lean. (Think of him in his first tour.) He consulted Dr.Joshua Levitt who introduced him to UpWellNess, a nutritional company called he co-founded with his wife Amanda. Under the supervision of UpWellNess, he made radical changes to his diet to almost. nothing but meat. In his words,

If it walks, swims or flies, you can eat it, and I did a lot of fruit as well. So, I’d have eggs in the morning, maybe chicken or ground beef for lunch and then steak at night. All grass-fed meat is the key. No vegetables. And no condiments, no sides, no starches, not even ketchup. All I did was salt, pepper … and some hot sauce.

Keegan Bradley found it mentally challenging to stay committed to the diet recommended by UpWellNess but the golfer was determined to see how weight loss would impact his game. So, he pulled off the dietary transition successfully and he even cut out soda and Gatorade. Plus, he also incorporated a cardio regimen which included stationary bike and elliptical training and only light weightlifting.

Keegan Bradley kept up with the UpWellNess diet and the cardio exercise regimen for months even when there were difficult times like when he would crave a piece of pizza or pasta. But he would then remind himself that all this was part of the weight loss journey, which was very important for him in his career. Now, he feels good and proud about sticking to his diet.

And why would he not when his game completely changed for the better after the weight loss? By mid-October when he showed up at the Zozo Championship in Japan, Keegan Bradley, who was back down to 190 pounds, was swinging with more ease than he had felt in a while.

And at a T-5 at the Sanderson Farms Championship to begin the fall season, he put together four solid rounds at Accordia Golf Narshino Country Club, including a closing two-under 68, and defeated Rickie Fowler and Andrew Putnam by a stroke for his fifth PGA Tour title but first since 2018.

And now, Keegan Bradley is at the plantation Course at Kapalua Resort, where he opened the Sentry Tournament of Champions with a three-under 70 that included birdies on two of his last three holes.

Keegan Bradley is also second in the FedEx Cup standings and is very confident and has said that he firmly believes he is in the best position in years to succeed and achieve his goals. He has taken a step back off his carnivore diet slightly because he is currently done with the weight loss of 30 pounds.

Trending
Emi Hosoda’s Weight Loss: Check out the Diet Plan and Workout Routines the Doctor Shared on Today Show; Did She Take Magnesium Supplements for Her Thyroid?
Trending
Sarah Jayne Dunn’s Plastic Surgery: Did the Former Hollyoaks Actress Get Botox?
Trending
Helen Mirren’s Plastic Surgery: What Does The Prime Suspect Actress Say About Cosmetic Surgery?
Trending
Hope Zuckerbrow’s Weight Loss: How Did the TikToker Lose 100 Pounds? Check Out Her Diet and Workout Routine!
Trending
Giancarlo Esposito Plastic Surgery: Did the Kaleidoscope Star Have Botox, Facelift, and Fillers?
House&Whips
About UsPrivacy PolicyTerms of UseDMCAContact
House&Whips is a leading media and entertainment source as a fast-growing information hub. For promotion or advertisement, please mail us at [email protected]