Kourtney Kardashian’s Weight Gain in 2022: Everything You Need to Know! 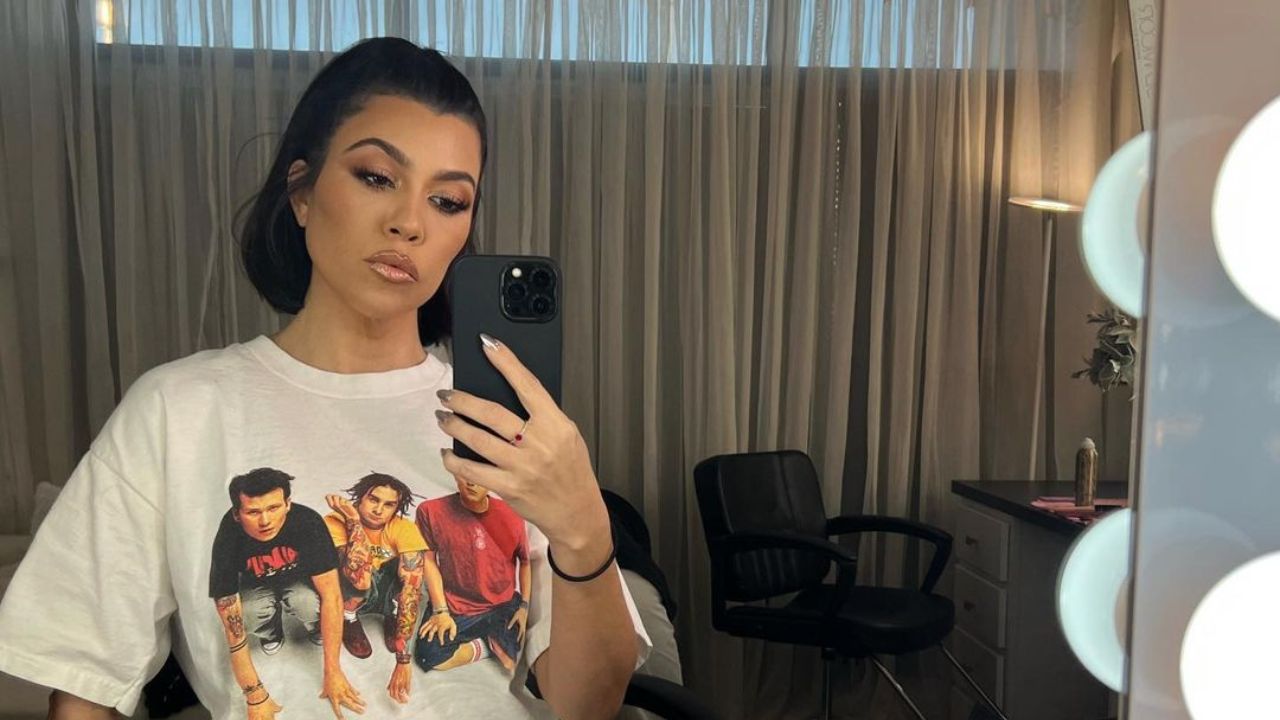 Kourtney Kardashian has recently been subjected to speculations about her fourth pregnancy following her weight gain. She also changed her eating habits and was often spotted in baggy clothes, which further fueled the weight gain rumors. However, Kourtney shut them down saying that she is just a woman with a body. Meanwhile, many fans wonder about Kourtney Kardashian’s weight scale and diet.

Kourtney Kardashian, one of the most prominent figures in the glamour world and a star of one of the most-watched reality shows Keeping Up with the Kardashians, is used to always being in the news- be it for family drama, relationship crisis, body image issues, or blackfishing accusations. It should be of note that Kourtney is rarely not in the news.

The latest headline Kourtney Kardashian has made is regarding her relationship with the Blink-182 drummer Travis Barker and weight gain and pregnancy rumors. So, how much truth there is to those rumors? Read to find out.

Previously, we touched on the weight gain efforts of Lauren London and Jason Momoa.

Kourtney Kardashian’s Weight Gain: Is it Because of Pregnancy?

Even if you are living under a rock, you possibly could not have eluded romance of Kourtney Kardashian (@kourtneykardash) with Travis Barker because they are involved in extreme PDA that’s in your face type.

They have been making headlines ever since they started going out with their constant making out and kissing and over-the-top public display of affection.

The mother of three even went on to refer to Travis, who she got engaged to in mid-October 2021, as her ‘future baby daddy’ in the VMAs, which has put a new perspective on her recent weight gain.

The Keeping Up With The Kardashians star was spotted on a Disneyland trip with her beau and her children in baggy pink track pants. Her choice of styling herself with that loose-fitting made the rumors about her pregnancy take off. She further fueled those rumors when she posted on her Instagram about gaining weight and not because of food.

Though the post led to an article about PCOS (polycystic ovary syndrome) on her lifestyle website Poosh that countered the pregnancy speculations, she had supposedly been dropping hints that she might be with her fourth baby prior to that.

The stories the reality star put on her Instagram to share a peculiar snack of pickles, vegan butter, tangerines, and sourdough bread didn’t go forgotten. Her other meal choices like a martini made of water were also noted by the fans.

Her eating sushi without fish and going for a vegetarian roll with avocado kept people wondering if the change in eating habits is due to pregnancy. She also shared that she hadn’t eaten meat or fish in seven months.

The reality star also was pictured in loose clothing that was designed in a way that would conceal the belly. She kept her tummy hidden behind all-black skirts, tee-shirts, and baggy high-waisted pants.

But after months of those speculations, the Poosh founder put all those to rest when someone commented on her post that Kourtney Kardashian’s pregnant, and she responded that she’s a woman with a body.

Anyways, it was not the first time she was rumored to be pregnant due to weight gain. Back in August 2020 at the height of the pandemic, Kourtney Kardashian had gained 10 pounds. During that time, she shared a bunch of pictures of her in a bikini clearly loving the transformation of her body. She also put a lot of lingerie shots on display to flaunt her thicker figure.

And once again, some fans commented on her pictures that Kourtney Kardashian must be pregnant after taking a look at her 10 pounds heavier body. In response, Kourtney quickly refuted those baseless claims saying that she had given birth three amazing times and that was just the shape of her body.

She went on to say that this was her body with a few pounds on and that she loved it. Sick of the speculations, she also pointed out that she had been pregnant enough times to know what her body would look and feel like to know it. Besides, she thinks it feminine to have curves and so, didn’t take it offensively.