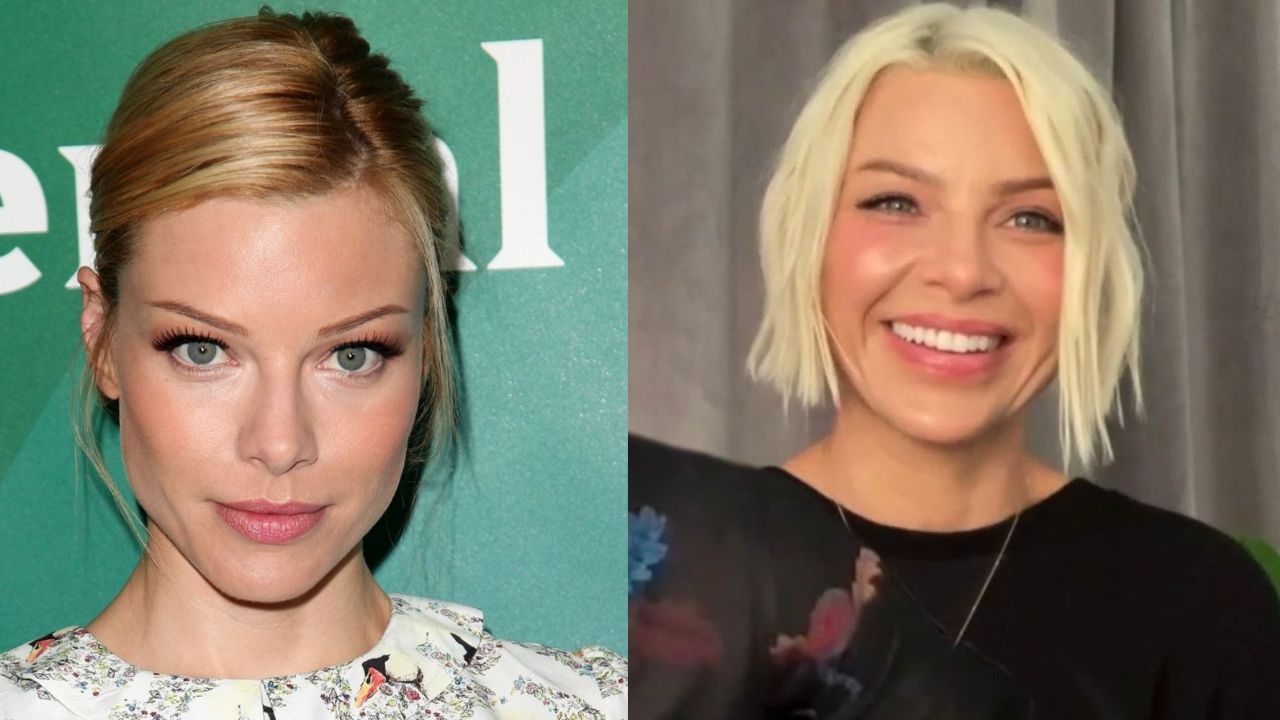 Lauren German became the subject of plastic surgery speculations after the release of Season 4 of Lucifer in 2019. The Chicago Fire star shocked the viewers with how different she looked from the previous seasons. Lauren German, fans believed, had gotten multiple plastic surgery procedures including Botox, lip fillers, a nose job, and a facelift.

Lauren German is an American actress who is mostly known for starring in the NBC drama Chicago Fire in the role of Leslie Shay from 2012 to 2015. Her popularity soared when she started playing the role of detective Chloe Decker in the American fantasy comedy-drama Lucifer in 2016. Her first major role was in the 2002 teen-romantic drama film A Walk to Remember. She has also appeared in The Texas Chainsaw Massacre and Hostel: Part II.

Also, check out the plastic surgery stories of Felicity Kendal and The Speakmans.

Lauren German’s Plastic Surgery: The Actress Looked Different than Before in the Fourth Season of Lucifer!

Lauren German (@laurengerman) has had plastic surgery or more like, ruined her face with it, fans believe. She is believed to have had Botox, a nose job, lip fillers, and a facelift.

Lucifer did wonders for Lauren German’s career by getting her the exposure no other projects brought her. Chicago Fire did come close and she loves the show but never had she been so hot as when she was doing Lucifer. But that kind of popularity had its own disadvantages. For instance, people get scrutinized very intensely when they are popular like that. So, every minute detail about her appearance was put under microscopic observation. So, when she got plastic surgery, it was the most obvious thing.

Lauren German sparked some serious discussions when people started to notice some differences in her appearance sometime during Season 4 of Lucifer. Social media became dominated by comparisons of her before and after pictures. Plastic surgery speculations took the internet by storm. People had opinions and nobody thought of holding back even once.

The engagement of people on every forum to discuss Lauren German’s plastic surgery was very high, especially on Reddit. They were going on and on about how she had made a terrible mistake by choosing to get Botox and lip fillers, about how better she looked before and how she ruined her natural beauty with it.

A fan made a thread on Reddit to discuss the changes in her face as seen in the fourth season of Lucifer. They wrote how different she looked then compared to before, and how her face was stretched back and not moving when she talks while her top lip looked too swollen. They all agreed that Lauren German looked much more beautiful before and she just got worse with plastic surgery.

There were comments from fans saying how they were shocked to see the new face of Lauren German when they watched the first episode of Lucifer Season 4 because she had changed so much. And she didn’t need to because she was so good-looking naturally before and plastic surgery made her look absolutely awful with her big swollen lips. They were not fans of how her lips looked as though they had been stung by bees.

Another Reddit user commented that her lips looked so atrocious and that she had hit that point where she had just too much plastic surgery which made her look too much unnatural and if she didn’t stop, it would look only worse. One comment read that Lauren German looked so uncanny valley after the work she obviously did. There were fans who were annoyed with how she could no longer move her face because of too much Botox which had impacted her acting ability.

Besides the obvious Botox and lip fillers, Lauren German also has had a nose job, a good portion of her fanbase believes. However, some are less inclined to believe that she had plastic surgery on her nose because her nose doesn’t look much different than before. Even in the before and after pictures, the difference in her lips and face overall is quite easy to notice but her nose looks the same.

But fans insist that the actress has undergone a nose job, only it’s very subtle because she already had a pretty nose. She just went the extra way because she wanted it slimmer than the one she had. According to those who believe it, Lauren German got the doctors to make her nose look a bit more pointy and narrower. If she did, that’s a lot of effort for very little but plastic surgery was her choice, and hope she’s happy with it.

She is also thought to have undergone a facelift. Fans talked about how the area around her cheeks looked too much smoother and tighter than before and had that lifted look. They thought the facelift looked too overdone as her face didn’t move at all when she talked or smiled. Lauren German is yet to make comments on such speculations.

Trending
Has Felicity Kendal Had Plastic Surgery? Why Does The Good Life Star Look So Young For Her Age?
Trending
The Speakmans’ Plastic Surgery: Have They Had Cosmetic Surgery? Fans Seek Their Before and After Pictures!
Trending
Gogglebox’s Ellie Warner’s Weight Gain: Has She Gained Weight? How Much Has She Put on? Check Out Her Before and After Pictures!
Trending
Sunny Hostin’s Weight Loss: The 54-Year-Old Journalist Looks in Best Shape of Her Life!
Trending
Candice Brown’s Plastic Surgery: What Procedures Did The 2016 Great British Bake-Off Show Winner Get?
House&Whips
About UsPrivacy PolicyTerms of UseDMCAContact
House&Whips is a leading media and entertainment source as a fast-growing information hub. For promotion or advertisement, please mail us at [email protected]