Simon Cowell’s Weight Loss: How Much Weight Has The X Factor Creator Lost? Did He Have Surgery? Details of His Diet Plans and Before and After Pictures! 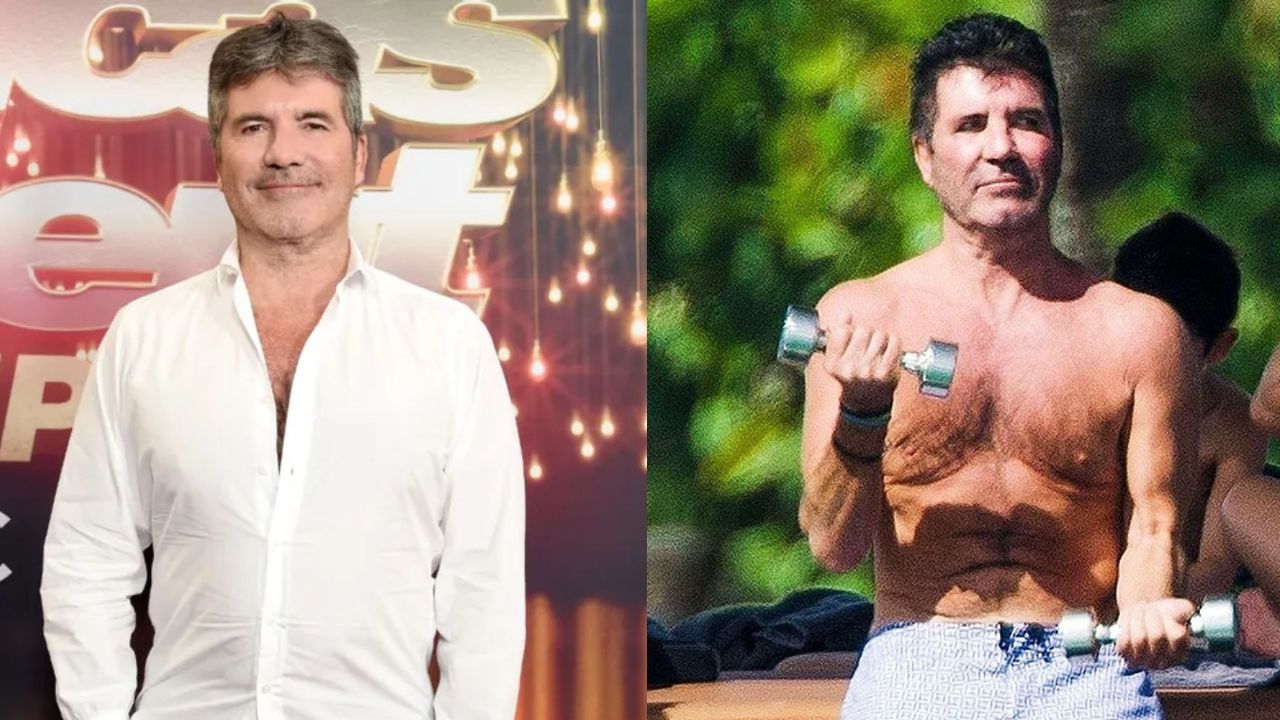 Simon Cowell’s weight loss journey started about two years ago after he was hospitalized with low blood sugar and since then, he has lost about 60 pounds. The X Factor creator made a major overhaul in his diet and switched to a vegan diet and started working out. Many people think Simon Cowell has had weight loss surgery but he has always insisted that he lost weight naturally.

Simon Cowell is a record executive, entrepreneur, and media personality who is notorious for reducing contestants to tears as a judge of several talent shows. He started his career in the mailroom at EMI Music Publishing. Before he hit the big time by creating and judging on shows like The X Factor and Got Talent franchises, he worked as a record producer, talent scout, and consultant within the music industry. He also produced the hit British TV show Pop Idol and its U.S. counterpart American Idol.

With all the judging he has done on several talent competition series, he may be notorious for his scathing critical comments but still, he is a very respected figure in the entertainment world. Time named Simon Cowell one of the most influential people in the world in 2004 and 2010.

Simon Cowell was honored with the Special Recognition Award at the National Television Awards in 2008. He received the BAFTA Special Award for his ‘outstanding contribution to the entertainment industry and for his development of new talent’ in 2010. In 2018, he received a star on the Hollywood Walk of Fame in the television category.

He is currently engaged to his fiancee Lauren with whom he recently went on a family holiday. When the picture from the vacation was released, people could not help but notice how thin he looked. He lost four stones two years ago when he embarked on a weight loss journey but he looked even slimmer than he did two years ago. Read to know more about Simon Cowell’s weight loss diet plans and workout routines and whether he had surgery!

Previously, we touched on the weight loss efforts of Danielle Brooks and Dan Schneider.

Simon Cowell (@simoncowell) had a significant weight loss of about 60 pounds two years before.

Simon Cowell had a home accident when he fell on the stairs inside his London home in October 2017 which he blamed on his unhealthy lifestyle of living like a vampire and staying awake till 8 am every morning. This prompted him to make an overhaul in his diet. He switched his diet from bingeing on sausage rolls, hamburgers, and his favorite jam tarts made by his personal chefs to eating loads of vegetables and salads.

Simon Cowell spoke of following a vegan diet in his weight loss journey he started after consulting a professional when he was hospitalized with low blood sugar. He revealed that he had cut out meat (not white meat like chicken and turkey), dairy, wheat, and sugar and by this time, fish too. He spoke to an expert and within 24 hours of doing that, he changed his diet, and ever since he did that, he felt better and looked better. He shared that it was not that hard to stick to the weight loss diet if the food was kept sensible, interesting, and tasty.

The X Factor creator not only credited his weight loss to his diet plans but also claimed that his slimmed-down physique was down to cycling on his e-bikes. He cycled on his e-bikes even when an accident put him in a back brace. He also did weight lifting and went on walks with his family. Though he seems to have really worked for it all, people began thinking he had weight loss surgery called gastric band surgery. However, he has denied those speculations.

Simon Cowell insisted that his weight loss was all due to his diet and workout. He revealed that he saw a doctor who specialized in certain kinds of diet. The doctor said that Simon had the worst diet out of all the clients she had ever seen in his life and then sent him a list of things he couldn’t wait which included red meat, dairy, sugar, and gluten. He then included a green smoothie and no-sugar Alpen, with tea and oat milk for breakfast, followed by a lunch of grilled tomatoes and soup in his daily diet.

Simon Cowell also revealed that he opted not to eat whenever he went out for dinner because he knew he was going to hate the food. He always ate baked beans on toast before he went out to avoid everything on the menu.

And seeing how far he has come by following the weight loss diet plan, how he lost four inches off his waist, and how he looked much better and thinner than in the snaps of himself four years ago, Simon Cowell has vowed to forever cut out eating sugar, dairy or gluten.

Cutting all that out is what has made a difference, genuinely. Ironically I was out on my bike as my exercise. I did ten or 11 miles every day. Even though it’s an electric bike I’d have it switched off until I needed it. It’s the best way to exercise because it’s fun. It’s a combination of all that stuff. It gives you energy and makes you feel better. I looked at a picture of myself from four years ago and thought, ‘Oh christ’. The diet I had then… phew. And everyone thinks I’ve had a gastric band – I haven’t.