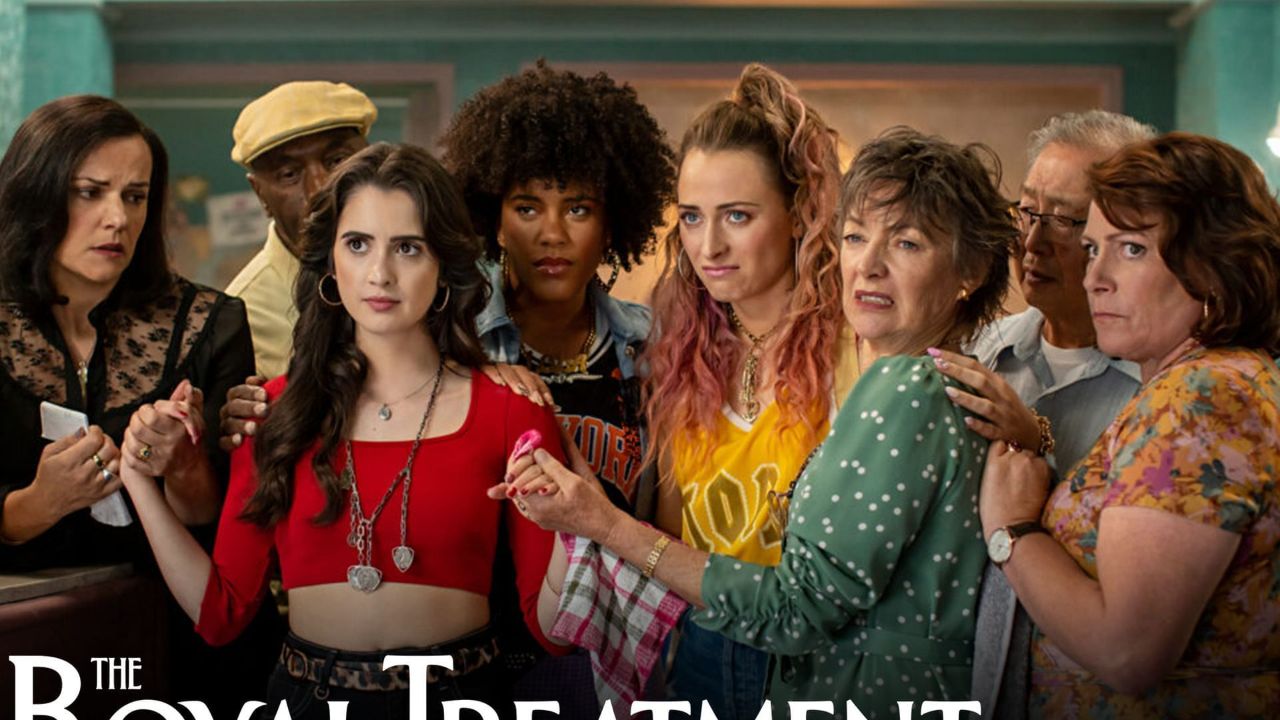 The Royal Treatment is a romantic comedy film directed by Rick Jacobson and written by Holly Hester that was released in 2022.

Filmed in New Zealand, Prince Thomas leads his own country and is about to marry for duty rather than love, while Isabella manages her own salon and isn’t afraid to speak her mind.

When Izzy (Isabella) and her coworkers are given the once-in-a-lifetime opportunity to do the hair for the royal wedding, she and Prince Thomas discover that controlling their own destiny requires following their emotions.

Netflix’s romantic comedy The Royal Treatment‘s cast of characters comprises well-known and lesser-known actors who work together to create a lovely ensemble.

Let’s have a brief look into its cast of The Royal Treatment.

Laura Marano plays protagonist Isabella, a caring and hardworking salon owner who will decline a potentially lucrative job offer if those who are offering mistreat her employees.

Lady Bird, Superbad, and The War With Grandpa are among the films in which Marano has appeared. Her most well-known television appearance was in Disney Channel’s Austin & Ally, in which she played the primary character Ally.

She’s also a vocalist who contributed two songs to the film’s soundtrack.

Prince Thomas of Lavania is played by Mena Massoud, whose parents only want him married off to suit the family’s interests rather than listen to his ideas about how to run their country.

Massoud made his start in TV dramas including Tom Clancy‘s Jack Ryan on Amazon and Nikita on The CW, among others.

Nonetheless, Massoud is best known for his role as Aladdin in the 2019 Disney live-action remake of the 1991 classic Aladdin. He’ll be back in the sequel, which is presently under production.

Walter, Prince Thomas‘ butler, and assistant played by Cameron Rhodes. He’s been tutoring Thomas since he was three years old and has watched him grow up as a father figure.

In both New Zealand and Australia, Rhodes has worked in theater, film, and television. Xena: Warrior Princess, The Chronicles of Narnia: The Lion, the Witch, and the Wardrobe, and The Lord of the Rings are among his most prominent roles.

Destiny is played by Chelsie Preston Crayford. Destiny is a good friend and coworker of Izzy’s. Preston Crayford has been in a number of television and film productions, including The Luminaries and What We Do in the Shadows.

Lola is played by Grace Bentley-Tsibuah on The Royal Treatment. Lola works at Izzy’s hair salon and is one of her best friends, along with Destiny. Bentley-Tsibuah has acted in the Australian comedy Nude Tuesday and the TV show The Creamerie.

Valentina is played by Amanda Billing. Valentina is Izzy’s watchful mother, who initially forbids Izzy from leaving the salon but later encourages her daughter to pursue her aspirations. Billing has been in multiple television series, including Power Rangers Ninja Steel.

Lauren is played by Phoenix Connolly on The Royal Treatment. Lauren is Thomas’ fiancée, who, like him, does not want to marry but is obliged to do so by her parents. Connolly made appearances in the films Roman Empire and Mystic.

Madame Fabre, played by Sonia Gray, is a member of Prince Thomas’ entourage who is very rigid about appropriate royal protocol, making Destiny and Lola her enemies because they are not proper, loud, and spontaneous.

Gray has also appeared in Young Hercules and Xena: Warrior Princess, in addition to The Royal Treatment.

The Royal Treatment is currently streaming on Netflix.