Adam Levine’s Plastic Surgery: Did The Maroon 5 Singer Have a Hair Transplant? 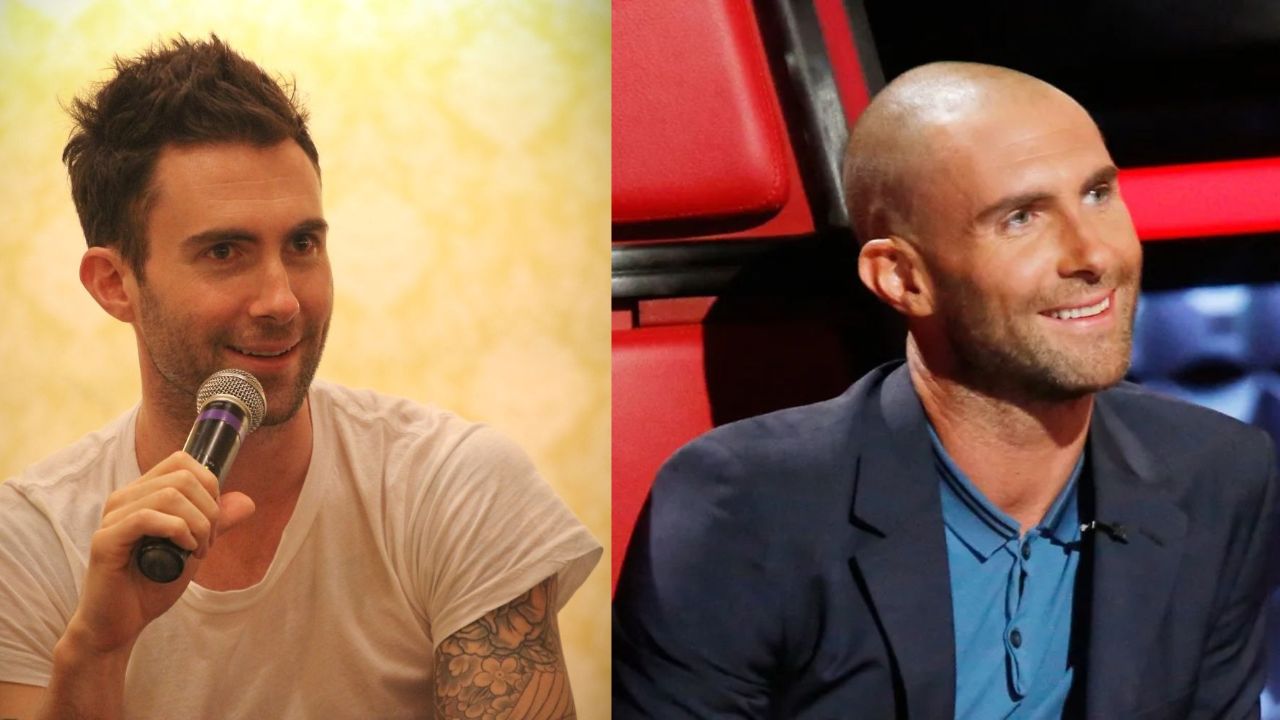 Adam Levine has been rumored to have had plastic surgery, a hair transplant to be specific, since forever. Fans compared the Maroon 5 singer’s photos and observed that he used to have a receding hairline with thin hair before he grew long and luscious hair. Adam Levine allegedly denied the rumors of plastic surgery.

Adam Levine is an American singer, songwriter, and musician, who is mostly recognized as the lead vocalist and rhythm guitarist of the pop rock band Maroon 5. He started his musical journey in 1994 as the lead vocalist and guitarist of the band Kara’s Flowers which met with commercial failure with their first and only album. So, the group was disbanded but later reformed in 2001 as Maroon 5. The band turned out to be super successful with all their seven albums doing very well.

Besides singing in the band, Adam Levine also served as a coach on NBC’s reality talent show The Voice from 2011 to 2019. He also ventured into acting in 2012 taking up the role of a recurring character Leo Morrison in the second season of the television series American Horror Story. He also appeared in the films Begin Again, Popstar: Never Stop Never Stopping, Fun Mom Dinner, and The Clapper. He also owns a record label, 222 Records, and a production company, 222 Productions, which produced television shows Sugar and Songland.

The singer has recently come to be the target of plastic surgery speculations, a hair transplant to be specific. The rumors had started going around for quite a while but they sparked again following the news that he is now expecting his third child with wife Behati Prinsloo. Let’s find out more about Adam Levine’s plastic surgery!

Previously, we touched on the plastic surgery efforts of Chris Pine and Venus Williams.

Adam Levine (@adamlevine) has widely speculated to have had plastic surgery, a hair transplant to be specific.

The rumors of the Maroon 5 frontman getting a hair transplant has been around for quite a while but it started again after it was reported that he is expecting his third child with his wife.

If you think of Adam Levine as someone who does not much fixate on his appearance and how he looks or maybe how he’s perceived by people, then there’s a chance that you are right. Remember when he was declared the Sexiest Man Alive back in 2013? Everybody made a big fuss about it except himself. He clearly did not think much of how he got the title from 2012’s winner Magic Mike Channing Tatum.

It was a great thing that Adam Levine did not act cocky about it and did not seem to be taking his new title too seriously. Speaking on Jimmy Kimmel Live about it, Adam said,

A lot of people trivialize this sort of thing. They say it’s shallow and think it’s just a media stunt used to sell magazines and perpetuate the image of Hollywood being based on looks. And that’s totally true. But I’m completely cool with that.

See, that kind of thing makes the singer look the opposite of superficial which is a quality people appreciate very much in someone from showbiz. This might possibly mean that despite being from an industry that values looks a little too much, he might not feel pressured to undergo plastic surgery (in order to correct his looks) like the people who fall victim to superficiality do. So, going by that logic, there should never have been any speculations of him having plastic surgery.

But that’s not true. Adam Levine has been plagued by the speculations of a hair transplant so much that it is rumored that he went bald in order to stop people from scrutinizing his hairline and make a game of figuring out whether he had a hair transplant. Now that is not plastic surgery that is done to make changes (or corrections??) in facial features but still, it is done to fix the receding hairline which is the effect of aging, so it counts.

Adam Levine started to be suspected of having plastic surgery not when he did it but long after he did it when he went completely bald. Fans started to notice the difference in his hairline in his before pictures. They observed that Adam, at the time, had long and luscious hair but it was not always like that and just a few years before that, if you looked at the photos, his hairline had started to recede.

There was a significant hair loss that somehow went unnoticed before he started to have a head full of glorious mane whereas, in the recent pictures, his hairline was much fuller, shifted forward, and the area of his head that were the sparse regions before seemed to have been covered up. There were pictorial pieces of evidence that showed that Adam Levine might have been suffering from male pattern baldness. He had spare spots on the frontal part of his scalp and his pictures from 2007 clearly showed his balding spots.

The before and after pictures were enough for people to assume Adam Levine indeed had plastic surgery. The speculations of hair transplants were such widespread that the singer felt the need to address it and then deny it to shut it altogether. But once, a rumor has been spread, there’s no going back to the pre-rumor world.

So, even him shaving his hair off brought other questions as well. People began to wonder if he did it so that people cannot examine his hairline anymore. He has denied having a hair transplant in the first place, so we may never find out.