Ari Fletcher Before Plastic Surgery: Was BBL and Lips Surgery Worth It? 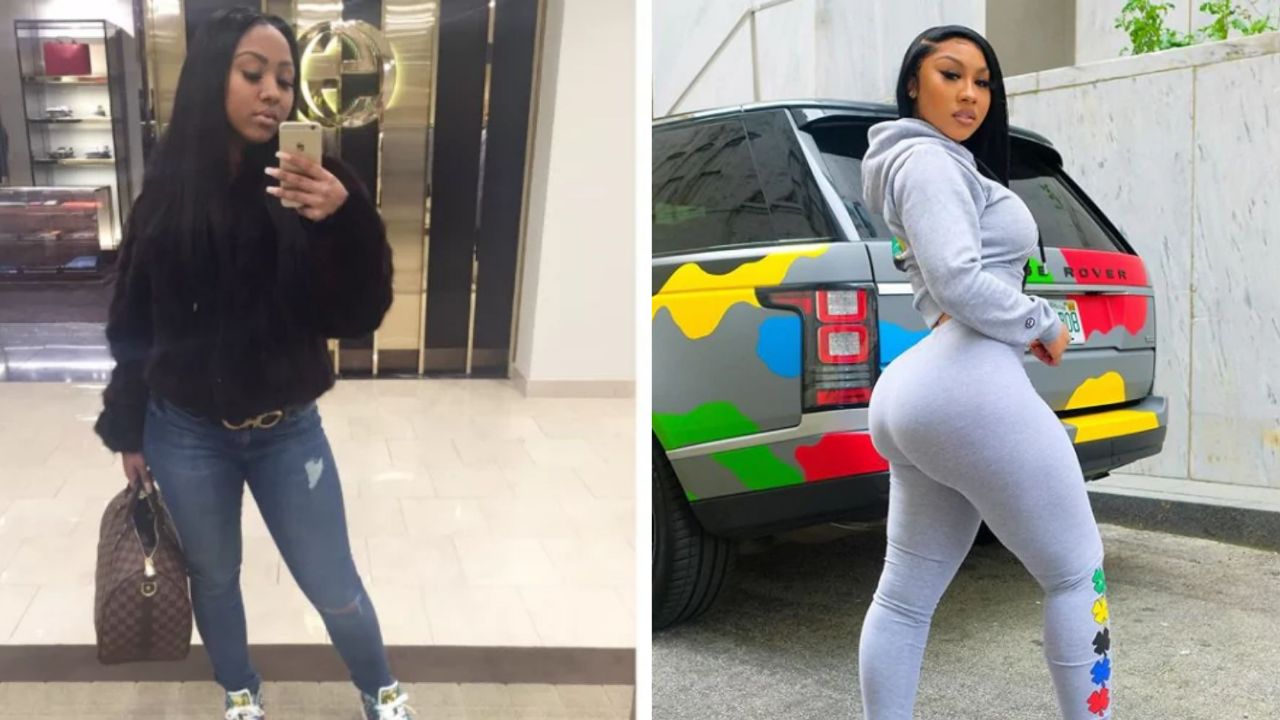 Ari Fletcher, the owner of KYCHE Extensions’ recent post on Instagram is raising the question: how did the model look before plastic surgery? Some fans claim that she looks much better after she underwent BBL and lips surgery. Read this article to find out all about the plastic surgery procedures Ari Fletcher went through.

Ari Fletcher aka Ariana Fletcher, a social media personality, model, and businesswoman, was born on July 12, 1995, in Chicago, Illinois, United States. She is well known for her work with numerous major brands. She has appeared in numerous magazines and news articles. In addition, Ari runs the hair extension business KYCHE Extensions.

After her older brother, Kyle Jamison, went tragically in 2013, she quit her further education to support her family. As a result, she was left with all of the responsibilities. She began working at bars, spas, and salons in order to provide for the rest of her family.

She moved in with her mother, brother, and sister at an early age because her relationship with her father is strained. For four years, Ari Fletcher was romantically involved with American rapper Gherbo, with whom she shares a son named Yosohn Santana Wright. After he broke up with Ari, she had a very brief affair with boxer Gervonta Davis. She is currently dating American rapper Moneybagg Yo, with whom she frequently posts photos on Instagram.

She now has millions of fans on social media and is one of the most well-known figures there. She also has a YouTube channel, which she started on November 29, 2016, and where she uploads varieties of videos. The social media influencer said that as a result of her rising fame, she now makes about $150,000 from her Instagram postings.

But there are always rumors when someone is famous. Like many other people, Ari Fletcher has had plastic surgery. She is transparent about her plastic surgery treatments. But her fans are curious about how she appeared before the operation. Check out this article to learn more.

Previously, we touched on the plastic surgery efforts of Melanie Griffith and Stephanie Grisham.

How Did Kyche Extensions Owner Ari Fletcher Appear Before Plastic Surgery? Are the Allegations That She Had BBL and Lips Surgery True?

Ariana Fletcher, also known as Ari Fletcher or (@therealkylesister) on Instagram, is a well-known Instagram model and brand influencer. Aside from the Kardashian sisters, Ari Fletcher is currently another popular online comparison for women with bodies altered with plastic surgery.

The Kardashians and Ari Fletcher have a significant influence on today’s girls because of the idealized images of a perfect body they post on social media, particularly Instagram. An increasing number of young girls of all races have undergone plastic surgery and credit these women as their role models.

Having a thick, voluptuous body is the latest fashion in this generation, and it’s now commonplace to discuss the surgery in casual conversations, as the stigma of having a phony body is no longer present. While there is no wrong in doing what you enjoy or feel is best, the majority of models on Instagram have undergone one or more surgeries to achieve that ideal body. Even if they claim otherwise as is customary, the receipts are public.

Dr. Hector Plazas is a plastic surgeon known for his skill in butt lifts and tummy tucks; if you know an Instagram model who recently had bbl surgery done, it is likely from Dr. Plazas in Columbia. Some medical pages exposed her trip to Dr. Plazas and claimed she flew in from Atlanta to get a full-body makeover.

Ari Fletcher acknowledged doing a rewrite, and they are now in closer proximity. She underwent a breast lift and received a permanent bra. A model on Instagram admitted to getting a breast augmentation. The 26-year-old mother talked about the Orbix Breast Supporting System, which was her most recent treatment.

In order to produce a solid and long-lasting lift, a silicon insert is inserted between the breast tissue and muscle during the procedure. Although the FDA has not yet approved it and there are some unanswered questions, it is a sign of the breast lift’s rising popularity as a treatment.

Ari Fletcher did not dispute having plastic surgery, in fact, she acknowledged having it as recently as 2019 and having butt implants. She also made the following tweet post to that effect:

It’s 2020 get you some surgery sis, don’t let these people discourage you. BUY THE BODY YOU WANT!!

When one of her fans referred to her as having a body made entirely of plastic, she tweeted the following in response:

I NEVER said I didn’t have surgery. I said my a** is real. And I’m going for new titties again as soon as they open.

In addition, we think she had lip fillers performed. Because lips often don’t seem this way unless the surgery was done. By comparing the snippets of her before and after, we also think that a nose job and botox were also performed.

Some of her supporters believe that she had too much surgery and now looks terrible. She has a ton of admirers and even a few detractors, but she doesn’t mind a little criticism, and she constantly responds to her critics.