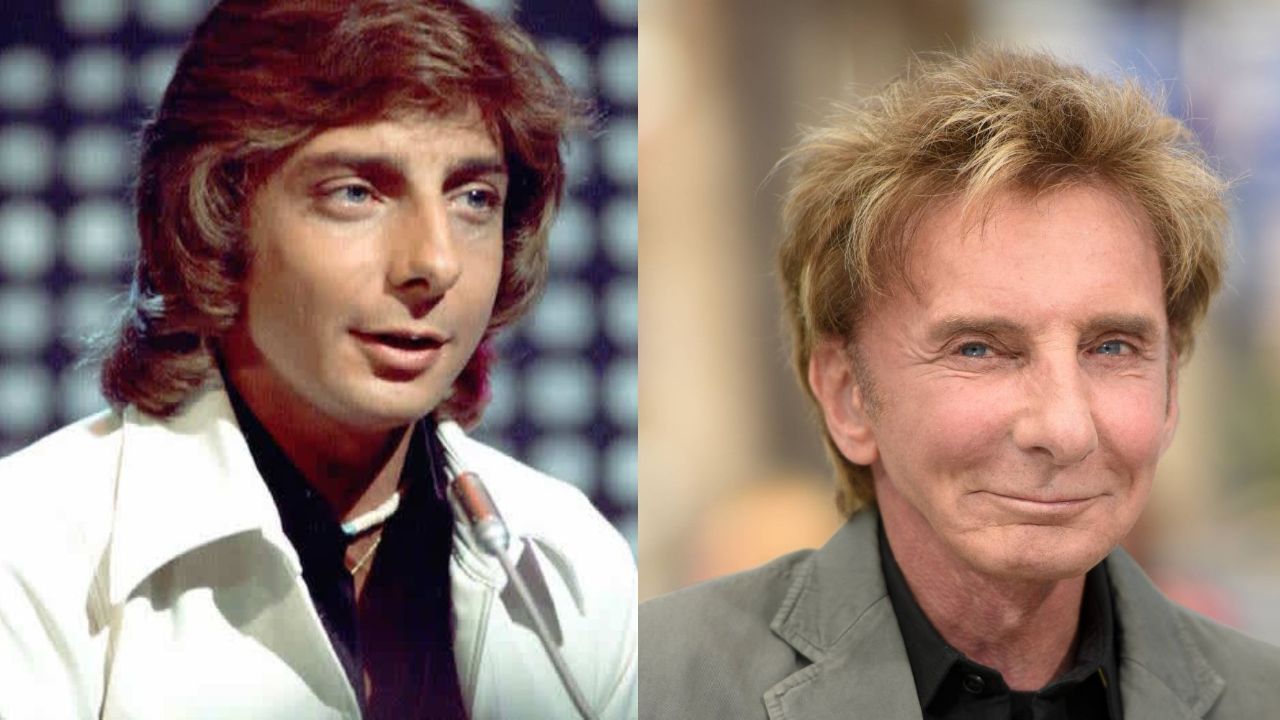 Barry Manilow is an American singer and songwriter who is most recognized and celebrated for his hit recordings that include Could It Be Magic, Mandy, I Write the Songs, Can’t Smile Without You, and Copacabana (At the Copa). He has released 13 platinum and six multi-platinum albums. He has 51 singles that went Top 40 on the Adult Contemporary Chart. 13 of them hit number one and 28 appeared within the top ten and 36 in the top twenty. He has sold more than 85 million records as a solo artist worldwide, making him one of the world’s best-selling artists.

Despite having such a successful career, nowadays, people talk about the rumors of Barry Manilow’s plastic surgery more than his music.

Previously, we touched on the plastic surgery efforts of Anne Heche and Jennifer Garner.

Barry Manilow (@barrymanilowofficial) is suspected of having undergone plastic surgery including Botox, a nose job, a facelift, eyelid surgery, and cheek implants.

The speculations about Barry Manilow’s plastic surgery go as far back as 2003. That year, the singer was reported to have had a complete upper and lower facelift. He was allegedly spotted in the streets of Beverly Hills, California, exiting the hospital he was treated in, with a surgical wrap under his chin wearing a disguise of a blonde wig and dark glasses to escape without recognition. He apparently got the procedures done to remove drooping skin from the eyelids and tighten the facial skin.

Just a month earlier, Barry Manilow had said that he might have to undergo major plastic surgery to get his nose fixed following an accident. He claimed to have broken his nose after he woke up in the night disorientated, walked into a wall, and knocked himself out. And after the freak accident at his California home, he told that he had to get surgery.

I veered left instead of right and slammed into the wall. I may have to have my nose fixed and, with this nose, it’s going to require major surgery.

Not everybody bought what he was telling. Many people suggested that Barry Manilow was using the accident anecdote as a cover for getting elective plastic surgery procedures. Back then, the trend of disguising the purposes of getting cosmetic surgery for narcissistic reasons to getting work done because of necessity was getting started. A plastic surgeon at St John and St Elizabeth Hospital in London Alex Karidis said that a lot of patients came up with elaborate stories to explain why they have had surgery to avoid saying they were simply having a nose job.

In a 2012 interview with Irish Independent, when Barry Manilow was asked if he had gotten any plastic surgery done on his face, he revealed that he had tried Botox because all of LA was but he didn’t like it because it didn’t look right for him. He also shared that he got ‘rid of his jowls while they were removing a cyst from his forehead and a cyst from his cheeks because the guy suggested it.’ But they came right back as that kind of stuff didn’t last.

And addressing the criticisms he had been getting in the press those days for his appearance and the rumors that he has had plastic surgery, Barry Manilow said,

They think I’m the Joan Rivers of the guys, which is ridiculous. But I’ve had this nasty hip problem for the last 10 years. I’ve had three surgeries, the last one four months ago. I didn’t want to limp out on stage at the Grammys and the only way I got any relief was by steroid shots, right into my hips. But then your face blows up and looks odd.

When the interviewer told the singer that they believed that he had not gotten plastic surgery because if he would get work done, he would also have gotten his nose done as it has been jeered at for years, Barry said,

I never even think about what I look like. I’m a guy. As far as my nose goes, yeah I’ve got a big nose, my family has big noses. I like my big nose. It’s a chosen nose.

Barry Manilow has always denied getting plastic surgery. In 2014, when he appeared on The Jonathan Ross Show, he was asked to explain his unlined visage at the age of 71 after which he insisted that it was the way he was aging and he looked his age. And he discredited the plastic surgery rumors,

Really, this is what I look like. I don’t know what the hell they’re talking about. It’s infuriating. This is me at 70. It is. I swear.

He has sworn that he has not gotten any plastic surgery but reports of him looking frozen and being unable to smile come up from time to time.