Demi Lovato’s Weight Gain in 2022: The American Singer Has Gained Over 60 Pounds; Then & Now Pictures Examined! 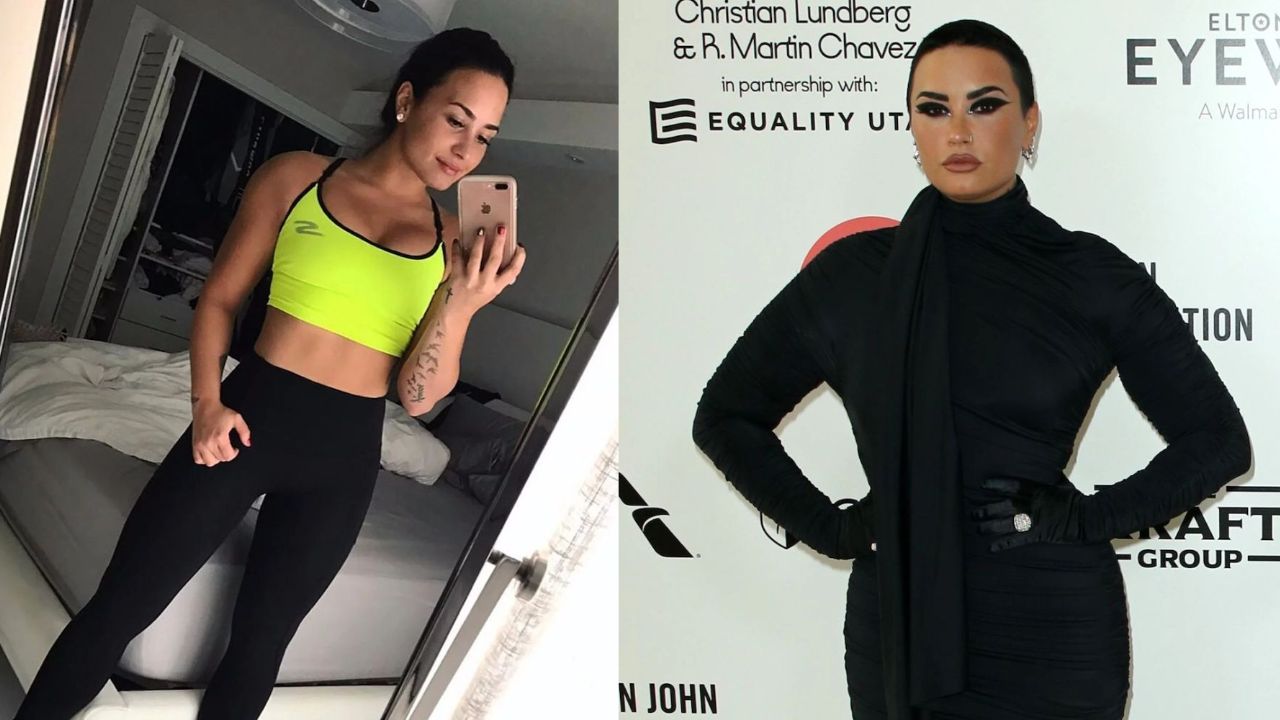 Demi Lovato’s weight gain has been something that’s discussed every now and then. As seen on her Instagram, Demi seems to have gained a little weight in 2022. However, the celebrity posted a weight loss video last year and claimed that she does not respect or hate any body size. Follow the article to know more about Demi Lavato’s weight gain journey with current pics.

A pop sensation taking over the world since she stepped into the screen with Disney’s Camp Rock, Demi Lovato is no stranger to the world. She is an American singer, songwriter, and actor.

Releasing bangers like Sorry Not Sorry, Here we go again, Heart Attack, and many more, Lovato hasn’t failed to spellbind the audience with her powerful voice and charming aura. While there’s quite a lot to be talked about the star since her growth from being a Disney star to a pop queen, recently her appearance is grabbing quite the attention.

The change in Lovato’s body over time from a lean Disney girl to an unhealthy pop singer has become something interesting for her audience to discuss. So, here are all the details on Demi Lovato’s weight gain.

Previously, we touched on the weight gain efforts of Tom Cruise and Dave Bautista.

Demi Lovato (@ddlovato) never shied away from discussing her body image issues with her audience. Ballooning to 181 pounds after gaining over 60 pounds, Lovato was surely on a weight gain journey and it was evidently seen and noticed all over the internet.

Demi Lovato has struggled with her weight and eating habits throughout her life. The Stone Cold singer time and often stated that she was diagnosed with an eating condition. Also being upfront about her substance abuse issues, Lovato voiced how multiple aspects of her life were controlling her weight and how she was being consumed into the marsh.

The diva opened up about her eating disorder in her YouTube documentary Simply Complicated. Demi stated that during her relationship with Wilmer Valderrama, she didn’t purge. But this was the first thing she did after their relationship ended.  She said,

“The less I have to think about food, the easier it is to go about having a normal life and I don’t want to let anybody down so when I do have moments when I slip up, I feel very ashamed. And when I feel lonely, my heart feels hungry and I end up bingeing.”

Soon Demi Lovato found herself spiraling into the deep abyss of unhealthy binge eating which led the star to a significant weight gain. Using food and stress eating as a way to cope with her deep-rooted issues and traumas, Demi was soon an internet troll for gaining weight and it additionally affected her mental health.

In addition to using food as a way to escape, Demi had always been a foodie, and this too added more to her gaining uncontrollable weight. Epicstream states that Lovato recalled as a child baking cookies for her family only to eat them all and then refuse to give them a slice. She claimed that this was her first memory of food acting as medicine. Thus, it was all-natural for the star to use food as her medicine to all the despair as an adult.

Making a Comeback, Demi Lovato Has Set on a Path to Losing Weight and a Healthier Lifestyle!

It wasn’t too long until Demi Lovato thought that it was time to take things under control. From being almost obese to now getting into the path of weight loss the pop queen claims that her recent weight loss has left her feeling calm, tranquility, pleasure, and love.

Lovato stated that she’d unintentionally lost weight in an Instagram video posted on March 1, however, unlike in the past, the weight loss was the result of improved emotional and physical health that she’d recently experienced.

Demi Lovato claims that her current weight loss is due to her mental health, also she confesses again how her eating patterns and exercise have not always been beneficial and led her to gain a huge amount of weight.

Lovato admitted to going to the gym numerous times a day on an episode of model Ashley Graham‘s Pretty Big Deal podcast. She shared how she’d eat a meal and then go work out. This to her, however, wasn’t happiness and not the definition of liberty since it was forced. The star also remarked that she wasn’t making any progress back then.

Demi Lovato mentioned that she took time away from her training regimen in to reset in order to go get herself into a healthy place with exercise. “I took the month of October off the gym to embrace my body as it is naturally,” she explained to the Teen Vogue Summit.

Lovato also had quite the issues with her crew members. She revealed that she had fired members of her crew as they were exerting pressure on her to eat and appear a specific way. “If I was at my hotel room late at night, they would remove the phone, preventing me from calling room service. Alternatively, if there was fruit in my room, they removed it because it had more sugar,” the star shared in an interview with Ellen DeGeneres.

The Sorry Not Sorry singer emphasized how trying to regulate someone’s meals when they’re recovering from an eating disorder might be disastrous. Despite the fact that Lovato has previously spoken openly about her struggles with eating disorders, she claims that her latest weight loss is the consequence of her improved health.

“I’ve stopped counting calories. I no longer over-exercise. I don’t limit or eliminate anything. And I, in particular, don’t live my life according to diet culture…and I’ve really lost weight as a result,” Demi Lovato wrote in the caption of her Instagram video getting candid about her journey.

As to what the star is currently indulged in, The Confident singer has discovered comfort and power in combative workouts. She is a jujitsu blue belt who also trains in boxing and Muay Thai. “I get bored doing yoga and treadmill running, or even running outside. That bores me to tears. And those are the things that feel like punishments to me, like pushing yourself to use a treadmill or an elliptical machine in the gym,” Demi revealed to Insider.

Demi Lovato also never shied away from speaking up about her rehabilitation and speaking out against diet culture and its impact on mental health as an eating disorder victim. The artist used Instagram stories and posts, to issue an imperative reminder that comments regarding weight, even if they are meant to be nice, can have devastating consequences.

An outspoken A-list celeb who frequently posts body-positive photographs on social media, even highlighting her flaws as a kind of self-love, Demi Lovato is not just improving her life but also bringing inspiration to many who struggle with an eating disorder, substance abuse, and mental health disorder. But, as anyone who has struggled with comparable issues knows, recovery is a long road, and Lovato’s journey involves a healthy relationship with fitness.