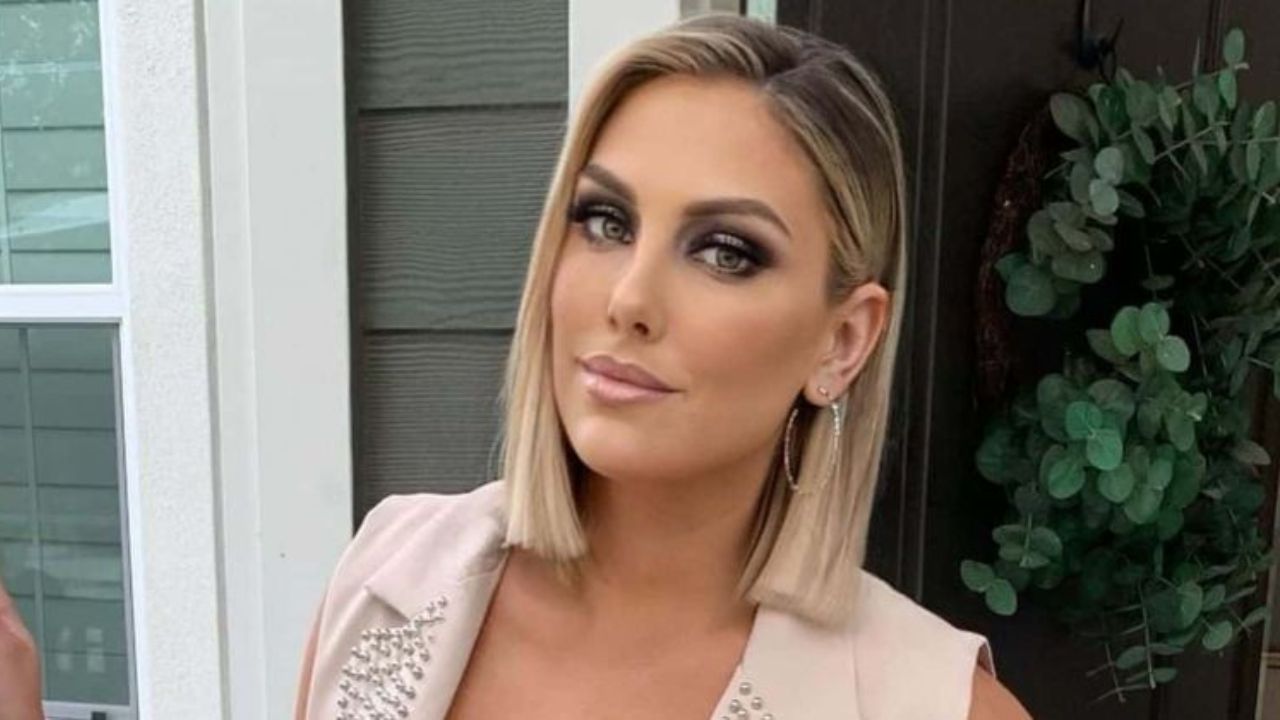 Gina Kirschenheiter is an American television personality known for starring in the show The Real Housewives of Orange County.

She joined the long-running show in its 13th season in July 2018 after moving from Long Island, New York to Orange County, California. The Bravo star has also worked for North American Airlines as a flight attendant.

Gina Kirschenheiter’s move from Long Island to Orange County three years before she became a Real Housewife included more than simply a change in zip codes. She began having frequent breakouts soon after relocating as a cast member of The Real Housewives of Orange County.

The environmental changes really affected her skin. Plus, the life change came with a lot of stress, which all came out in her skin, according to the mother of three.

Gina Kirschenheiter then immediately focused on her skincare and as of March 2022, she seems to be very happy with her skin. Fans wonder what her skin routine was. Well, we’ve got you covered.

Gina Kirschenheiter’s Skin Care: Know How the RHOC Star Got Rid Of Her Skin Problem

Gina Kirschenheiter made the decision to tackle her skin issues straight on. CaraGala (@caragalaskincare), which she credits with fully altering her skin, was introduced in December 2021 by the self-described “product junkie.”

It wasn’t simply about preventing breakouts when it came to getting clear skin. According to Gina Kirschenheiter, it was all about reversing the damage. Gina is feeling like the best version of herself after using her products for over a year and a half now.

Gina (@ginakirschenheiter) has her product routine down to a science now that her skin is totally under control. She has been able to customize her personal lineup according to her skin’s current demands thanks to her brand’s three focused regimens for blemish-prone skin, dry skin, and combination skin.

Gina Kirschenheiter turned to the combined routine after her skin had improved so significantly. She adds to her collection with statement pieces from the other collections: She uses the Salicylic Balancing Cleanser to prevent breakouts, and the Intensive Hyaluronic Cream when her skin needs a boost of moisture.

The mother of three took to social media on January 4 to post very uncomfortable makeup-free pictures of her previous appearance. Gina also shared more recent photos showing how she totally transformed her appearance for the better alongside the previous pictures. Her skin is different than it used to be, she explained.

Gina Kirschenheiter’s skin went from blotchy, red areas to clear, glowing skin. This is the result of utilizing Caragala, the RHOC star’s new branded products, for over two years.

In three months, she claimed to have noticed a big difference. Gina has been using her products for around two years, although her company was only recently launched. It appears that creating her own brand took years of preparation.

Everything You Need To Know About Gina Kirschenheiter’s Brand, CaraGala

If you want to achieve Gina Kirschenheiter‘s skin’s smoothness, go to the Caragala website and purchase one of three regimen bundles. Each one cost $160. The bundles are designed for three different skin types: dry skin, combination skin, and acne-prone skin. Each product, such as the 100% Hyaluronic Serum for $48 can also be purchased separately.

“CaraGala was created because I was fed up with being uncomfortable and self-conscious after my skin was impacted by my move from New York to California and life’s stress the past few years. I was determined to find an uncomplicated, effective skincare solution that made it easy for women to invest time in themselves and deliver the kind of confidence you only get when your skin feels rejuvenated and radiating from within.,” says the website, which was created to empower women to radiate confidence.

Signing up for the company’s email newsletter will save you 15%, and if you spend more than $50 on the website, you will receive free shipping. CaraGala has only two reviews on its Facebook page due to the company’s beginnings. On the social networking platform, it gets a five-star rating, with one user stating that they are thrilled with the product line.

One review said: “WOW Gina! I have used the mask only a couple of times, but I am so impressed! I have rosacea and occasional acne. This mask worked wonders! My acne was already diminished and my face was less red after one use.“

However, someone who claims to spend their days researching skincare ingredients on Reddit believes the skincare isn’t worth $160 and advises followers to avoid Caragala.