Is Chris from MrBeast Still Married? Or Is He Getting Divorced From His Wife Katie Tyson? 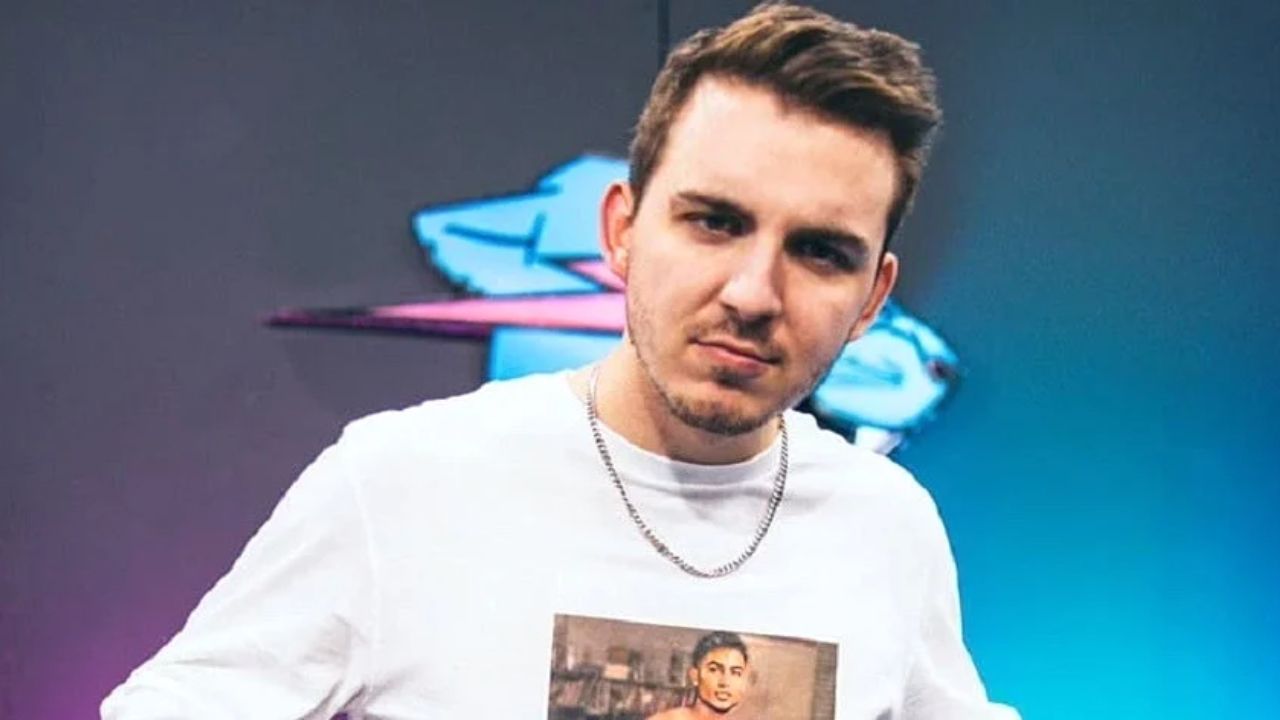 So, the rumors of Chris Tyson – the digital content creator and social media influencer – getting divorced and separated from his wife Katie Tyson have taken over the internet. That’s all everyone on the internet talks about these days. But there hasn’t been any announcement of divorce from the couple and neither has either party involved made any statement confirming or denying the rumors. So, what makes people think that Chris Tyson is divorcing his wife? What started the rumor and what’s keeping it going on? Let’s find out if Chris from MrBeast is still married or not!

Previously, we touched on the relationship status of Lea Michele and Philippine Leroy-Beaulieu.

Is Chris from MrBeast Still Married? Or Is He Getting Divorced?

Chris Tyson (@chris_thememegod) seems to be in a sort of crisis in maintaining his privacy, what with all the speculations about his sexuality and rumors of him being gay or bi, and the gossip of him getting divorced from his wife. Maybe that’s why he went on a social media hiatus. If fans were to go by public records, he is still married but they have looked more into this and they think he’s divorcing Katie Tyson, his wife of more than four years.

The rumors of the YouTuber being gay and the rumors of him getting a divorce from his wife are not independent. In fact, the question ‘is Chris from MrBeast still married or is he divorcing his wife’ generated after the rumors of him being gay went rife. Of course, his sexuality would make a difference in his marital status if Chris turned out to be gay.

After several years of rumors of Chris from MrBeast being gay, he finally confirmed it indirectly in his alternate Twitter account. He didn’t come out officially or anything like that. He just tweeted back at Lil Nas X when the rapper made a post in which he talked about hating himself when he was younger because he didn’t know better when he was told that being gay is a sin. Chris Tyson related to Lil Nas X’s experience and shared his own writing he remembered sitting at the sermons telling him homosexuality is an abomination which made him hate himself.

This confirmation added fuel to the fire of divorce rumors. People are questioning if Chris from MrBeast is still married even after he came out as gay. They think he could be divorcing his wife now that he has finally embraced his sexuality. But that’s not all. Some fans have been micro-observing his social media activity and they have noted that there are some indications that he has separated from Katie Tyson.

In a Reddit thread questioning the marital status of Chris from MrBeast, many users pointed out how Chris and his wife Katie Tyson both have altogether stopped posting family photos abruptly on their social media handles. Their followers know how the couple used to frequently post pictures of themselves enjoying their family time on Instagram so when both stopped posting family pics, they became suspicious and started wondering if they are still married. Because it very much looked like they were divorced or at least separated in some manner.

As per the Redditor who had been paying very close attention to Chris from MrBeast and his wife Katie Tyson’s social media, both of them haven’t posted a picture of themselves together since January 2022. Since then, they had only shared pictures of themselves individually or with their child. This is not something married couples do. Suddenly ignore each other’s existence and go from posting frequently to posting nothing about each other. So, the rumors of them getting divorced are not very surprising.

Another noted that there was something going on between Chris from MrBeast and his wife Katie Tyson and that there was a possibility that they were no longer married. Maybe not already divorced, but definitely separated. They had noticed how both Chris and Katie had last worn their wedding rings at the end of February 2022 and stopped posting for a while but after they started posting, neither of them had their rings on. It was something that they caught on to because they remembered the time Chris stopped wearing his wedding ring was the time when he started painting his nails with bright colors. From then onwards, he started expressing himself differently in a more feminine way.

Chris from MrBeast also, another Reddit user noticed, hadn’t posted a birthday wish for his wife Katie in 2022 when he had done that unfailingly since 2019. Likewise, Katie had also not made a birthday post for him. Also, both of them wished each other Happy Mother’s and Father’s Day in 2021 but not in 2022. And on Tucker’s first birthday, they posted a picture of both of them with Tucker whereas, in 2022, they only posted themselves individually with their son. This kind of social media behavior does not scream still married. This is just the behavior of a divorced couple.

But, to say Chris from MrBeast is divorced would be an overstatement. Because though they don’t seem to be posting each other, they seem to be living in the same house. At least from the photos they post of themselves with Tucker. They put pictures of their son around the same time which are usually of the same day, which means that they hang out with him together in the same place. It is possible that they are still married and just taking some time for themselves.

Some think that there might be some political tension between them. They noted that Chris used to be very conservative when he married Katie Tyson but he has made a complete 180 since then. He has implied several times that he doesn’t believe in Christianity anymore. But his wife seems the same superconservative Christian as ever. And she frequently posts Instagram stories of taking Tucker to church and puts up a lot of pro-life stuff. This could mean that their values are clashing. And maybe Chris from MrBeast is still married but if that sort of clash continues, he might get divorced soon.

DJ Envy’s Nose Job: Did the Producer Get Elective Plastic Surgery or a Medical Procedure to Get His Nasal Polyps Removed? Read More

Trending
Is Chris from MrBeast Gay? Or Is He Bi? The Content Creator’s Sexuality Revealed!
Trending
Remi Bader’s Weight Loss: The Use of Ozempic Drug and its Consequences; Check Out the TikToker’s Before and After Pictures!
Trending
Claire Danes’ Plastic Surgery: What are the Actress’ Views on Cosmetic Surgery? Has She Addressed the Speculations Yet?
Trending
Karren Brady’s Plastic Surgery: Didn’t The Apprentice Star Swear Off Elective Surgery After Undergoing an Emergency Brain Operation?
Trending
Sarah Lancashire’s Weight Gain: Did the Happy Valley Star Gain Weight?
House&Whips
About UsPrivacy PolicyTerms of UseDMCAContact
House&Whips is a leading media and entertainment source as a fast-growing information hub. For promotion or advertisement, please mail us at [email protected]