Kendrick Perkins’ Weight Loss: What Happened to the Former NBA Star? How Much Weight Did He Lose? Check Out the Before and After Pictures! 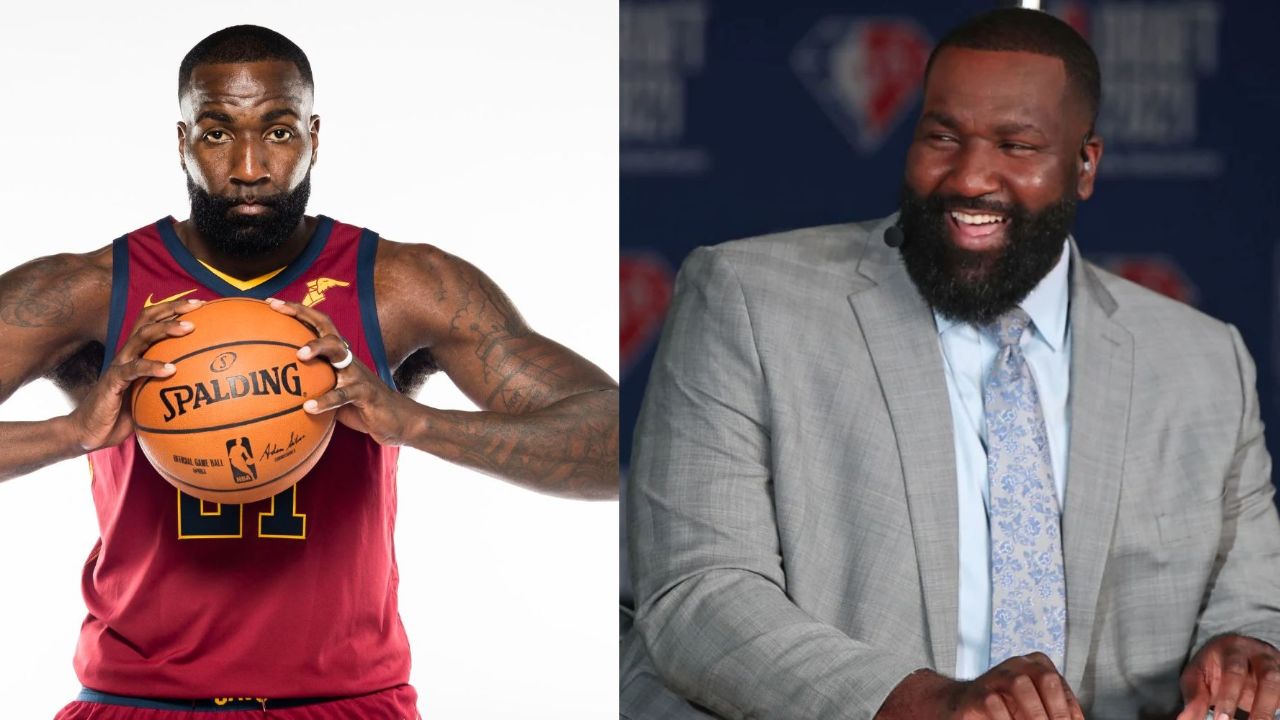 Kendrick Perkins underwent a weight loss of 33 pounds in 2020 in just three weeks and has probably lost more since then. The former NBA star dropped down to 349 pounds from 382 pounds. Kendrick Perkins followed a diet plan recommended to him by Awaken180° Weight Loss and did cardio for two hours regularly which worked wonders for him in losing weight.

Kendrick Perkins is an American former professional basketball player who currently works as a sports analyst for ESPN. After he entered the NBA directly out of high school, he played for the Boston Celtics (he won the NBA Championship in 2008 with the Celtics.), Oklahoma City Thunder, Cleveland Cavaliers, and New Orleans Pelicans before he retired in 2019.

The Celtics legend‘s retirement has caused lots of up-and-downs in his weight, mostly up which the doctors said put him at risk of becoming diabetic. He was suggested to have a weight loss. For the sake of his health and fitness, he went back to diet and workout to shed some extra pounds. Let’s find out more about Kendrick Perkins’ weight loss!

Previously, we touched on the weight loss efforts of Mila Kunis and Kathy Najimy.

Kendrick Perkins (@kendrickperkins) underwent a weight loss of 33 pounds in just three weeks in early 2020 and he has probably lost more since then.

After the retirement of Kendrick Perkins from the NBA, he relaxed, and a bit too much, especially when it came to maintaining fitness and doing workouts, and sticking to his exercise and diet regime, which ended up inviting health problems for him. He got bigger which was not better and it was recommended that he have a weight loss because his weight had increased to a point that meant the possibility of a health crisis.

Weight and size were never a problem for the former NBA player when he was playing because well, he was playing and he had to adhere to diet and workout plans for players and train for the sports which kept his physique in check. But after he retired, he was free from all that. It might have felt relaxing for a while that he could do anything he wanted and did not have to work out and follow a diet plan always but that freedom came with a price for him. This all culminated in him having to do the same for weight loss.

Kendrick Perkins did not prioritize fitness and health after his retirement and it quickly showed in his weight. The result of it was not just a weight gain of a few pounds. It was more than that. Well, it was weight gain but not just a few pounds. He gained 75 pounds before he embarked on a weight loss journey in the interest of his health.

The relaxation in diet and workout routines caused him to have a weight gain of 75 pounds which put him at risk of getting diabetes. Kendrick Perkins found out about this when he went in for a routine check-up in 2020 and the doctor told him that he had been walking a fine line in becoming diabetic with his size. He was told that he needed a change in his diet plans and to undergo weight loss to keep his size in check.

Kendrick Perkins shared about the possibility of health complications that might arise because of his size which compelled him to focus on getting fit and start a weight loss journey on Twitter in March 2020,

I retired 2 years ago and since then I’ve put on 75 pounds!!! I went to the Doctor the other day and he told that I am walking a fine line of becoming a diabetic and that I need to lose weight and change my diet. Day 1 started today because my family needs me!!

The retired athlete posted a video of himself in the gym hitting a punching bag along with the tweet with deliberation and dedication for fitness and weight loss, which his fans found very inspirational and motivating. His dedication really showed and not just in the video but the very next month when he announced that he had lost 33 pounds. He tweeted on April 19, 2020,

3 weeks ago I was 382 and decided to make a change and started this new Diet program called @Awaken180 along with 2 hours of cardio a Day and now I’m down to 349 and got 89 pounds to go!!! Kobe’s on my feet to keep that Mamba mentality and never give up.

It was really very impressive how Kendrick Perkins went from 382 pounds to 349 pounds in just three weeks. His diet plan with Awaken 180° Weight Loss and cardio for two hours every day really did wonders for him.

It has been more than two years since then and he must have lost more weight since then. He has not updated the progress in his weight loss and fitness journey after that but he did mention how he had 89 pounds more to lose. Maybe he shed all that extra weight.

Kendrick Perkins once had a weight loss of 28 pounds back in December 2011 because he wanted to come back healthy and make up for the time he didn’t do well in the playoffs because of his injuries.