Reddit: The Weeknd’s Plastic Surgery; Why Was Save Your Tears Singer’s Face & Nose Bruised Back in 2020? 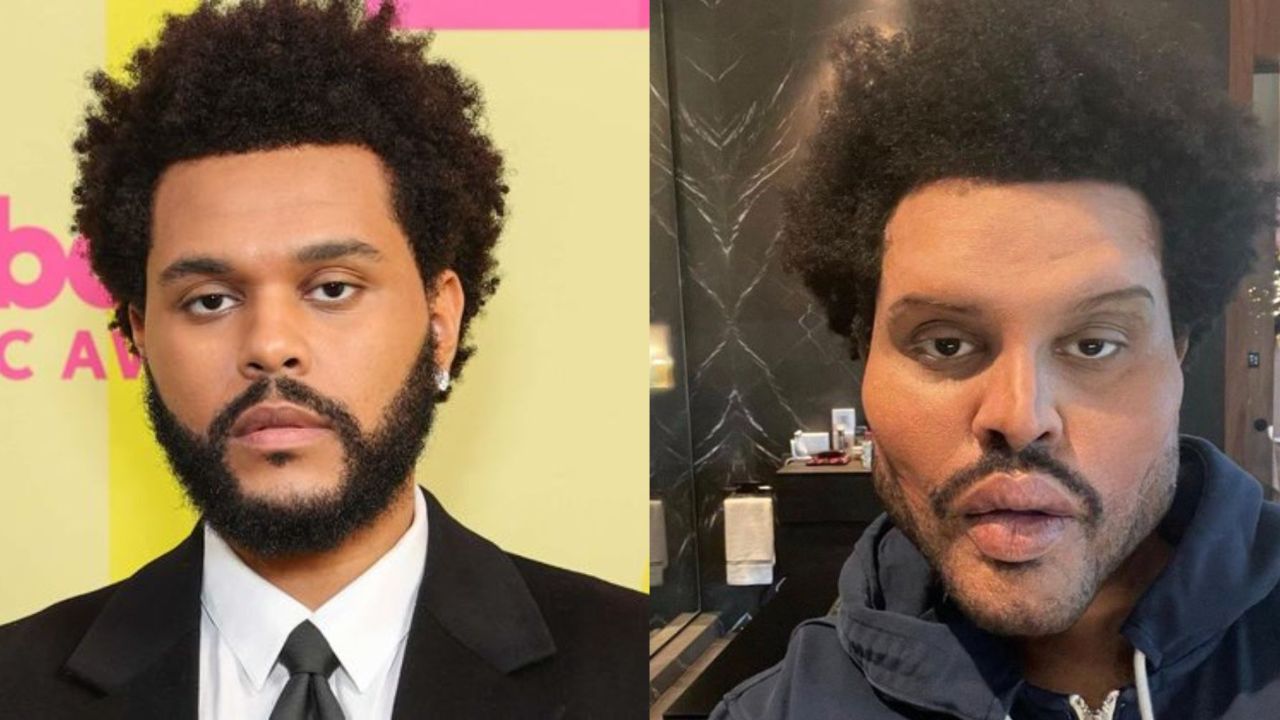 Some Reddit users continue to argue as The Weeknd (real name: Abel Makkonen Tesfaye) reportedly underwent plastic surgery in 2020. His face and nose were all bandaged for a long period of time. However, he did it on purpose for a short period of time for the music video of Save Your Tears and to highlight the culture of Hollywood. The Weeknd’s face came back to normal in 2021. Follow the article to know more about his plastic surgery rumors and what he looks like now in 2022.

The Weeknd is the stage name of Abel Makkonen Tesfaye, a Canadian singer, songwriter, and record producer. He rose to prominence after uploading many of his songs to YouTube under the username ‘The Weeknd’. He was influenced by R&B performers such as Aaliyah, Missy Elliott, Timbaland, and The Neptunes after being inspired to become a singer by Michael.

He began his career by releasing free mixtapes through his own website. House of Balloons, Thursday, and Echoes of Silence, his three mixtapes, helped him create a loyal fan base. His studio albums have always gotten favorable reviews.

The Weeknd, who was shy and insecure as a child, made a conscious effort to avoid publicity in his early career. He avoided doing interviews and didn’t even include his own photo on the covers of his mixtapes. On Twitter, he connected with his followers.

However, as his songs began to appear at the top of the charts around the world, he gained confidence. So far, he’s collaborated with Kanye West, Beyoncé, Ed Sheeran, Kendrick Lamar, and Drake. Tesfaye, who wants to be remembered for being unique and different, began with his most recognizable characteristic, a hairdo inspired by Jean-Michel Basquiat.

Recently, The Weeknd became the first-ever pop star to get featured in Fangoria Magazine Cover Story. Fangoria is a horror film fan magazine. As expected, The Weeknd looks terrible on the cover. As a result, many fans wonder if he ever has undergone any plastic surgery. Well, let’s find the truth.

Previously, we touched on the plastic surgery stories of Correction Officer and Courteney Cox.

If you’ve seen The Weeknd‘s appearance in Save Your Tears, you’re probably wondering if he had plastic surgery or what happened to his face. In 2020, the singer was seen with plasters and bloody make-up all over his face, leading fans to believe he had undergone plastic surgery. But what was the story behind The Weeknd’s unusual face? Well, it turns out he has a valid reason for it.

However, The Weeknd (@theweeknd) never changed his appearance in any way; it’s all been revealed to be a publicity scam to demonstrate how society goes to such measures to be validated.

The strange makeover was simply a continuation of his performance at the 2020 American Music Awards, where he wore plasters and gory makeup all over his face. In an interview with Variety, he explained,

“The significance of the entire head bandages is reflecting on the absurd culture of Hollywood celebrity and people manipulating themselves for superficial reasons to please and be validated.”

Since his AMAs appearance, fans were concerned about his health, but he’s cleared the matter, saying that he was simply attempting to make a point about present society and beauty values. However, many Reddit users argued about his appearance.

One Reddit user wrote, “His face LITERALLY looks like he got plastic surgery. He looks just like that weird “cat lady.” Accept it. As a matter of fact I refuse to believe he never has gotten any. Looks plastic.”

Similarly, another wrote, “It’s funny, I knew from the get go it was fake, he was fuckin hot to begin with, he didn’t need surgery, but then I had one deviant little thought, that…”Michael Jackson was good looking before too…” and I looked it up just to be safe.”

The Weeknd’s face appeared to have undergone a nose surgery and cheek implants, which had resulted in extensive bruises. Regardless, the suspicions were swiftly dispelled when the artist told followers that the publicity ploy was all part of a larger plan.

As if that wasn’t enough, the Weeknd’s fans were even more surprised and shocked when he shared an Instagram picture of himself on January 5 that appeared to show he had undergone facial plastic surgery. The picture was shared to connect with the release of his new music video for Save Your Tears.

The music video featured the performer wearing the same red classic suit jacket that he had worn which started all the fuss on the internet. The Weeknd’s face got back to normal at the Super Bowl halftime show in 2021, marking the end of the storyline. Therefore, he never underwent any plastic surgery. He just wanted to reflect on the culture of Hollywood.

As of 2022, everyone is convinced The Weeknd underwent temporary plastic surgery for a valid reason. He now looks as great as always and we’re excited about what he does next to prove what he believes.