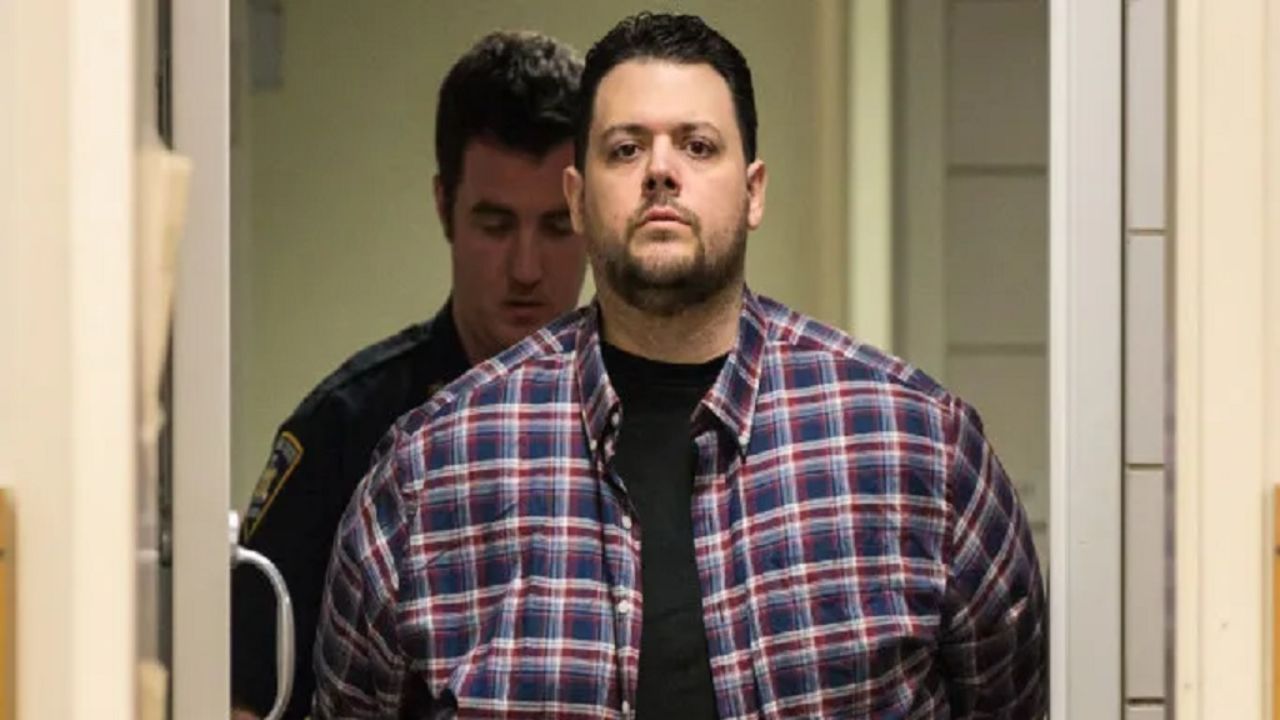 Anthony Strangis, who introduced himself as Shane Fox, to Sarma Melngailis manipulated her to steal money from investors and stiff employers, which is documented in a new Netflix crime docuseries Bad Vegan: Fame, Fraud, Fugitive. Some online queries surround Anthony Strangis’ mental health.

Bad Vegan: Fame, Fraud and Fugitive is a crime documentary that documents a scam executed by a con artist Anthony Strangis by manipulating a popular vegan chef Sarma Melngailis.

The docuseries that premiered on Netflix on March 16 has left viewers horrified at the gullibility of the victim who got involved and then charged with conning money due to his manipulation, and the lies and the stunts of the scammer Anthony Strangis to wire money out of Sarma.

People are furious at the audacity of Anthony Strangis and want to see him being properly punished. They want to know his current whereabouts whether he is in prison or enjoying freedom.

Previously, we touched on similar shows and Alec Baldwin.

Who is Anthony Strangis aka Shane Fox?

Anthony Strangis is actually the villain in the story of Sarma Melngailis. He is the one who made her stray from her path and essentially, what made her the bad vegan. Highly manipulative and deceptive, Anthony Strangis was believed to be a trustworthy and reliable guy judging from his Twitter activities by Sarma.

Anthony, a person who was said to be using the Twitter handle @DiscipleofTodd, was, during 2010 and 2011 engaging on the platform with Alec Baldwin – a reason due to which Sarma blindly trusted the guy.

The Twitter user, who actually introduced himself as Shane Fox became the first Twitter handle to follow Sarma on the platform. And soon enough, Sarma became deeply infatuated with the person who actually is Anthony Strangis, who is believed to have used the aliases of Shane Fox.

He presented himself as Shane Fox and always gave her a very vague idea about what he used to do for a living. In doing so, Shane always pretended it was more the safety of Sarma herself.

He told her he had served as a Navy Seal who now was involved in some sort of black ops, the stuff that’s under the radar that nobody writes about and was unofficial which meant that he had to keep a majority of it a secret so he could not say a lot about it.

He never told much about what exactly it was he did but what he supplied, without being prompted, was information about his supposed stacks of cash. He even took Sarma to Tiffany & Co. and made her try on an $800,000 engagement ring.

He also made serious inquiries about a townhouse listed at nearly $15 million as if he was intending to and could buy that. He talked to her about the money he had which conveniently for him was stashed in various countries.

But since the money was out of reach, suspiciously and unsurprisingly funds never materialized for the townhouse, about which Sarma did nothing about. She let him take her money. Every time he borrowed money from her, it used to be always a matter of life and death where he just had to have it.

Ignoring all the red flags about him, Sarma eventually ended up married to Shane Fox in 2012, after which he started interfering in the management of her restaurant a lot, which didn’t go unnoticed by the staff and didn’t sit well with him.

Once he called the restaurant and gave the name of Anthony Strangis. Suspicious that it was Shane calling, staff googled Anthony Strangis after which they saw a mugshot of a man that looked like Shane Fox. They found out that he had been convicted for impersonating a police officer and for grand theft in Florida after stealing a sports car.

The convicted Shane, who was really Anthony, convinced Sarma that he was actually working for ‘the family’ and was dedicated to bringing a new utopia where her restaurant would be expanded and her dog would be immortal, only if she would do as she told without any questions.

Sarma ate those claims all up and made it easier for him to have access to her resources. He lied to her, manipulated her, gaslighted her, and used every other trick that was known to him to rob her. He used to devise tests to make her prove her love for him and used sexual humiliation as a means to get money from her.

Apparently, that was just a way to prove her commitment to him. He also was a bit overweight which was just him wearing a ‘meat suit’ that he had to have as part of the ‘test’ to be transported to another world.

He also created an IT person Will Richards who Sarma described as some sort of computer techie expert that works in the government and convinced her to give him all her email and bank passwords so that he could provide protection by encrypting her email.

After the marriage, between 2012 and 2014, Anthony managed to con Sarma out of $1.6 million. He convinced her to transfer all funds from business accounts to personal accounts. She swindled from investors and stopped paying her employers after which they staged a walk-out.

She and Strangis then vanished with $2 million in 2015 after which her restaurant got permanently shut down. They were charged with fraud and violating labor laws by Brooklyn District Attorney’s office.

In 2016, they were caught in Tennessee in a hotel room when they ordered a pizza from Domino’s Pizza under their real name. In 2017, Sarma pleaded guilty to stealing from investors as well as criminal tax fraud charges, and she was sentenced to four months in New York’s Rikers prison. She was ordered to repay the investors $1.5 million.

Strangis also pleaded guilty to four counts of grand larceny in the fourth degree and was sentenced to one year in jail and five on probation. He also was required to pay $840000 in restitution.

He spent one year and three days at Rikers and is believed to be serving his five years on probation which will end this May after which he will be allowed to leave his home town Massachusetts.