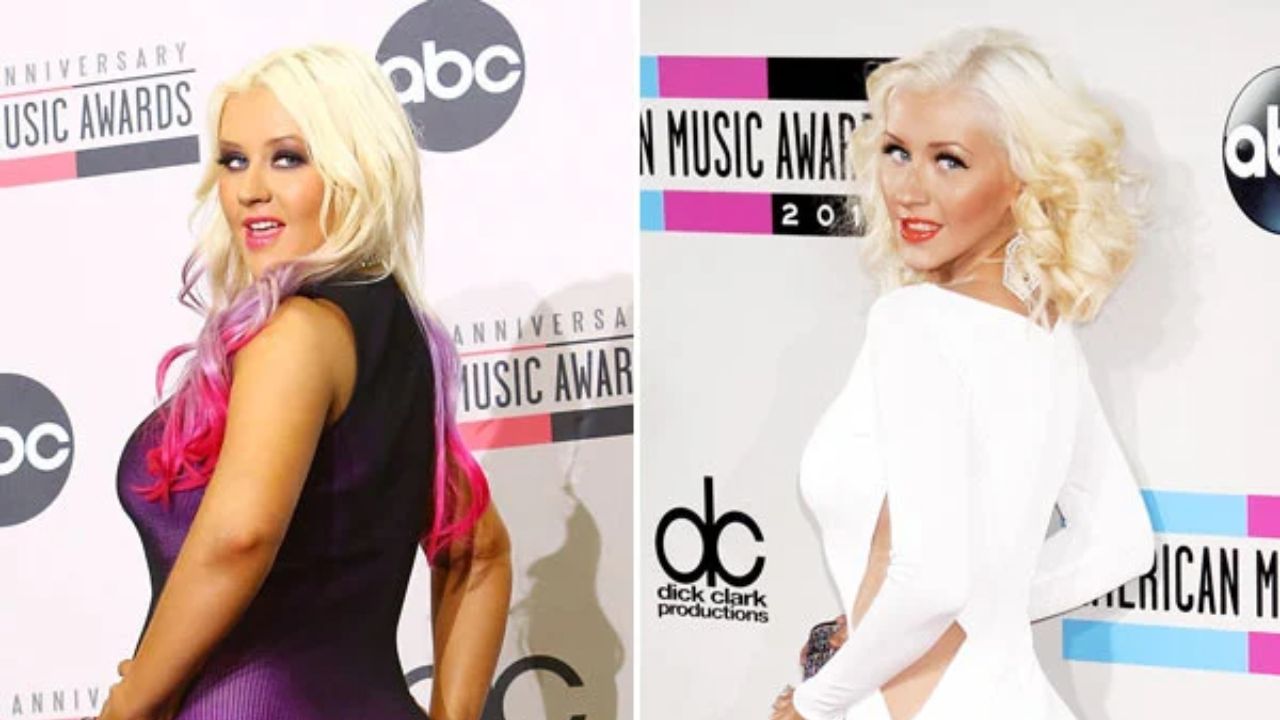 Christina Aguilera might be an incredibly successful musician but there was a time when she had hit a rough patch that had resulted in a dramatic weight gain. The weight gain was a physical manifestation of the emotional crisis Christina Aguilera was going through, which she reversed in 2013 when she followed many diets and exercise regimens to end up 50 pounds lighter than before.

Christina Aguilera is an American singer, songwriter, and actress who is known for her four-octave vocal range and ability to sustain high notes. She has been often referred to as the “Voice of a Generation”. She is considered a pop culture icon and is generally described as a triple-threat entertainer.

Aguilera is one of the world’s best-selling music artists with an estimated sales of over 75 million records. She has been awarded a star on the Hollywood Walk of Fame as well as multiple other awards.

Previously, we touched on the weight gain stories of Bebe Rexha and Bryce Dallas Howard.

Christina Aguilera (@xtina) came into fame in 1999 when she released her first album, Christina Aguilera. Her debut album turned out to be incredibly successful, performed really well on the charts and it spawned three chart-topping singles Genie In a Bottle, What A Girl Wants, and Come On Over Baby (All I Want Is You), and within a very short time, her popularity soared.

She instantly captured everyone’s attention with her vocals. As someone blessed with a four-octave vocal range, it was hard for her to go unnoticed. In her rise, the music scene witnessed the entry of a fascinating new bubblegum pop artist with vocals out of this world.

It would be extremely difficult to emphasize just how incredible Christina Aguilera’s vocals were and how she took the world by storm because of them. But more difficult would be to explain how there was a time when the vocal powerhouse once made the headlines not because of her voice but because of her body. Or maybe not so much seeing as how she stepped into the public eyes as a teen starlet who blew up with her debut album.

Not only was the Grammy-winning artist’s singing prowess uncontested, but her look alone also had built her a legion of fans. As a teen idol, she used to be very skinny, which was a beauty trend of the time.

But over the years, as Christina Aguilera gained weight, she started to get backlash for it, and her popularity began to dwindle down, even affecting her music career.

It was 2008 when the What A Girl Wants hitmaker first underwent a weight gain that she found concerning. She had just given birth to her first child.

As undeniable and real as the joy of motherhood is, at that time, she could not help being stressed about how difficult she was finding it to maintain her body.

Even though Christina Aguilera tried to stay positive throughout and as much as she attempted to embrace her body through, she was doing a movie Burlesque, for which she had to lose all the baby weight.

Aguilera hired a celebrity Tee Sorge who helped her lose all those pounds in no time. The Beautiful singer went on to do Burlesque feeling more confident than ever, though not much came out to be from the movie.

2010 was a rough year for her and it slowly started to show in her looks slowly over the years. She split up with her first husband Jordan Bratman. She was releasing another album and trying to sell it. She was offered The Voice and she took it up.

With everything happening all at once, the Fighter songstress put herself on the least priority list and stopped caring for herself in the midst of an emotional crisis.

All the weight Christina Aguilera had lost and more came back for her. And with it came the criticisms from the public as if it wasn’t already hard enough. This weight gain lasted for a while before she decided to work on it.

It took her a few years to realize that she had been slopping around when it came to herself. Finally, in 2013, Aguilera decided to make her physical and mental health a priority and put her career in the backseat.

Despite always saying things like she was comfortable in her own skin and she would embrace all sorts of body types, maybe the constant criticisms about the weight gain thing ultimately got to her, and she made up her mind to reverse that weight gain for good.

The weight loss process Christina Aguilera followed was a rigorous one for her and was mostly based on control of the intake of meals and diets in general.

After pulling herself out of all her career stuff, she began to concentrate more on losing the weight she had gained over the years, and with nothing to stress her, she became more disciplined and focused. The vocalist made changes in her dietary options and incorporated low-carb food, including dinners like chicken and veggies into her regular diet.

It was reported that The Voice Within crooner subscribed to a meal service from The Fresh Diet that allowed her to consume 1600 calories per day and delivered it right to her place. She also followed a rainbow diet where she would just consume foods based on their color. She also worked out intensely and did yoga every day.

Also, there were reports about the musician using weight loss supplements like Garcinia Cambogia, to increase her energy and burn fat, and probiotics in the evening that would help her body get rid of toxins and lose weight fast, though they have never been confirmed.

And doing all of that, Christina Aguilera was successfully in shedding 50 pounds in a short time with strict dieting and working regimen. But even that she could not enjoy much as people started saying that she had surgery for the weight loss. People who cried liposuction were drowned out and their baseless rumors denied.