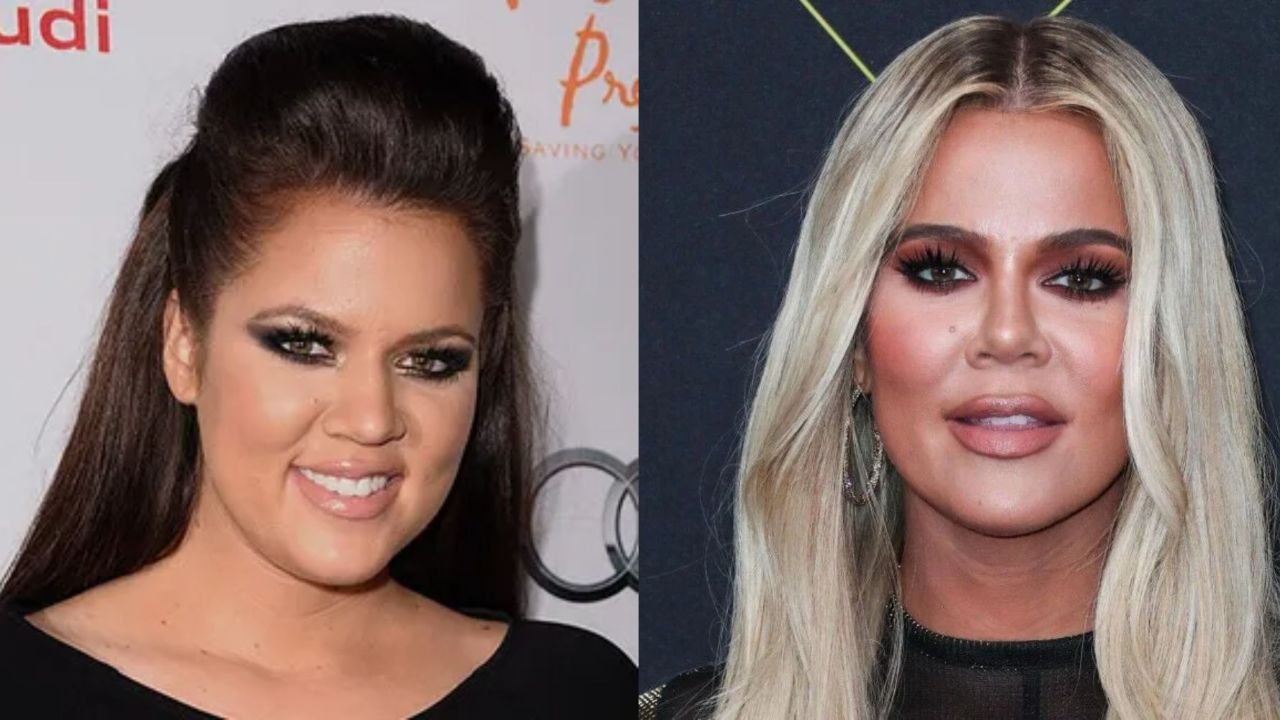 The Kardashians might as well be synonymous with controversies as they are more often in hot water with the public than out of it. The sisters, now that they have become the biggest reality stars in the entertainment world, since 2007 when they came up with their own reality show Keeping Up With The Kardashians, are never not in the news cycle.

They keep popping up with various brands of whatever (sometimes it's makeup, sometimes it's clothing, other times it's lifestyle brand), they keep making entitled tone-deaf statements, and most of all, they keep getting called out for setting up unrealistic standards of beauty for women by having tonnes of plastic surgery to modify their body and claiming that they are all-natural.

Khloe Kardashian kind of was all over the internet about a year ago when she got her unedited photo scrubbed off from the internet telling it was not how she wanted to present herself to the world and she always edits her photos because it is unbearable to try to live up to the impossible standards public have set up for her. The public thought it was a bit rich coming from one of them, and it was ironic and hypocritical of her to talk about as the sister fans have called out for her ever-changing face.

The talks about her ever-changing face brought forth the discussions of all the plastic surgery procedures she so obviously has gotten. While Khloe Kardashian has only ever admitted to having a single nose job when it comes to plastic surgery and she probably expects people to take her words, others beg to differ. People have other opinions about that, which they discuss on Reddit.

Previously, we touched on the plastic surgery efforts of Faith Hill and Donatella Versace.

Did Khloe Kardashian Get Plastic Surgery? Besides The Nose Job? Reddit Thinks So!

The Kardashians have made a place for themselves in the pop culture and so, there are always discussions surrounding their lifestyle, controversies, and the thing that they are most notorious for i.e. plastic surgery. Such is especially abundant on Reddit.

There are several threads dedicated to conversations about the members of the Kardashian and their plastic surgery on Reddit. There is a subreddit called KUWTK for that. Going through Reddit to find people's opinions about Khloe Kardashian's (@khloekardashian) plastic surgery, people do not believe her words that she had only a nose job.

People have thoughts on that one and not the one Khloe would want them to have. A user commented on the Reddit thread that it is possible that Khloe Kardashian might just have one nose job and the reason that her nose looks so different after the first (and one) nose job she had is that the Botox and fillers around her upper lip and cheeks might have affected how the nose looks in proportion to the rest of the face.

Though Khloe Kardashian would have liked that some people on Reddit believe her about having just a nose job, the user brought into the explanation other plastic surgery like fillers and Botox which negates her 'a nose job only the plastic surgery she had' thing going on.

Other Redditors think that the nose job Khloe Kardashian admitted to was at least her second one. They think that in the first one, the reality star had the bridge of her nose straightened and thinned out which was perfect for her face whereas, in the next one, she thinned out the bridge more and shortened and slightly upturned the tip, which made it look way too pinched. Reddit had other comments like her nose job might have made her look beautiful like her sisters, but she had lost her uniqueness because of that.

Another Reddit thread compared Khloe Kardashian's plastic surgery and personality evolution till now from the earlier seasons of plastic surgery. The post read that Khloe looked different from the rest of her sisters and unapologetically owned the way she looked but as the time came to pass, she couldn't hold on to her beliefs and her appearance and she fell for it and completely changed herself to the point that she is now unrecognizable.

Khloe Kardashian, according to comments on that Reddit thread, was much more secure in herself when the filming for the Keeping Up With The Kardashians but after the public exposure, her features were examined closely and made fun of and compared with her sisters' after which she could not stay the same and went the route of plastic surgery. She had been botching herself in a bid to get that Insta influencer look.

All in all, the collective agreement on Reddit was that Khloe Kardashian had much more than one nose job in the name of plastic surgery. Reddit believes that the Keeping Up With The Kardashians star has gotten Botox, fillers, and filters and photoshop as well.