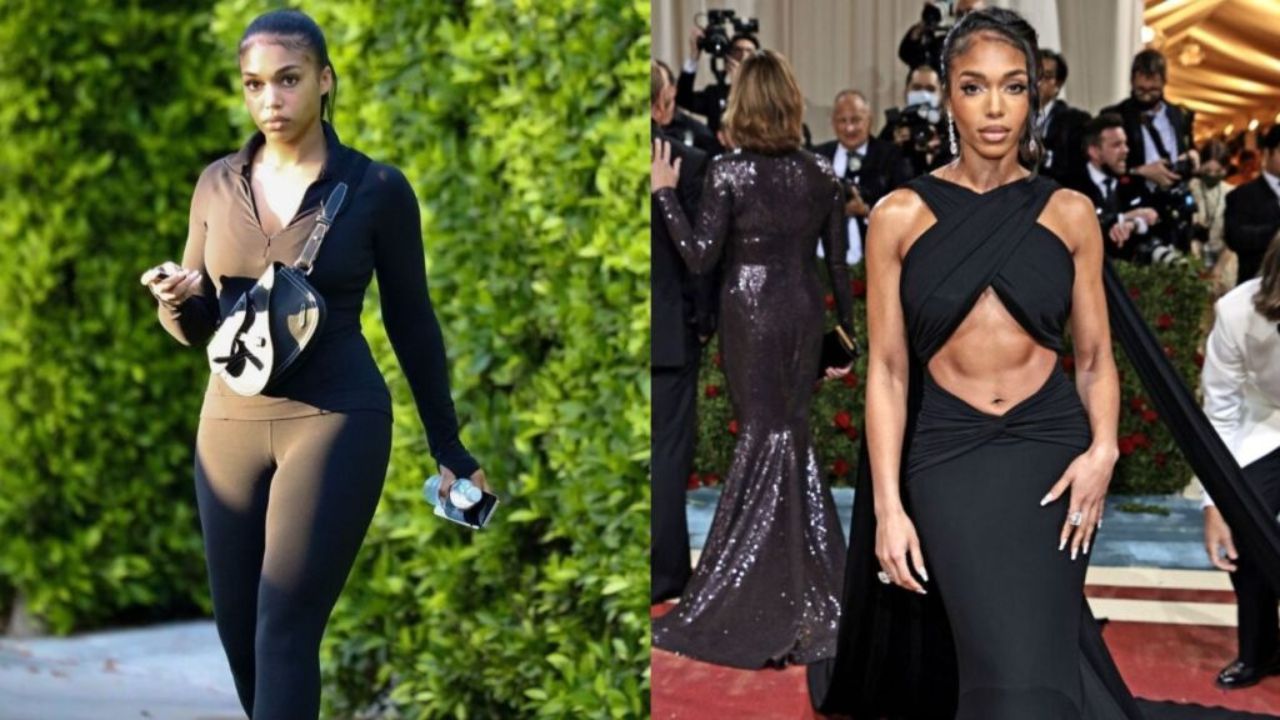 Lori Harvey recently posted a TikTok video where she revealed that she had had a relationship weight gain of 15 pounds since dating Michael B. Jordan. The model had already started a weight loss journey of 1200 calorie diet per day and workouts like Pilates, and cardio. Even though Lori Harvey’s weight gain was not noticeable, fans still seek before and after pictures.

Lori Harvey is an American model, entrepreneur, and socialite. She is the daughter of Marjorie Harvey (née Bridges), who later married comedian, Steve Harvey. Steve adopted her later on which makes her his adoptive daughter. She was born on January 13, 1997, in Memphis, Tennessee, and was raised in Atlanta, Georgia.

The model was once a competitive equestrian who aspired to compete at the Olympic Games. But after sustaining an injury, she had to drop out and her career as an equestrian ended before it began properly.

In 2015, Lori Harvey began a career in modeling after signing contracts with LA Model Management agency in the United States, and Select Model Management in Europe. She has walked the runway for Dolce & Gabbana’s 2017 Spring/Summer collection and has appeared in campaigns for Dolce & Gabbana, Michael Kors, Pat McGrath’s Beauty Lab, and Burberry. She has also been featured on the cover of Wonderland.

She launched a skincare brand SKN by LH in 2021 and collaborated on a clothing collection with the company Naked Wardrobe.

Lori Harvey recently landed herself in hot water when she revealed the extreme measures she followed for weight loss wherein she ate only 1200 calories per day. That got people talking about when she ever had a weight gain. Fans were not aware of any noticeable weight gain for which such unhealthy methods had to be taken.  Let’s find out about the weight she gained.

Previously, we touched on the weight gain efforts of Jeongyeon and Zac Efron.

Lori Harvey (@loriharvey) recently made a revelation that she had had a weight gain of 15 pounds.

In a TikTok video the model posted (one that she shouldn’t have because it got her into trouble because of how she chose to go on about weight loss) on May 14, Lori Harvey, before launching into the steps she took to get fit and have the body she does in response to her fans’ queries, she shared that she had gained 15 pounds ever since she started dating Michael B. Jordan. She calls those 15 pounds her relationship weight gain.

Lori Harvey explained how the relationship weight gain was just not okay because none of her clothes fitted her anyone after she got 7 kgs bigger.

Though how she came to pack on those 15 pounds, she never revealed and so, the question of how the weight gain came to be, remains unanswered even now. However, from the relationship timeline of Lori Harvey and Michael B. Jordan, we can take a guess. They got together in November 2020, the month that was the worst month of the pandemic so far till then.

So, we can imagine an environment full of chaos where people were extremely cautious and many people had locked themselves in their houses and were not working. Lori Harvey could have been among those ones who discontinued work in the midst of the pandemic and took a break. She probably spent the time with her new beau not giving care to anything else (where she didn’t care for her routine workouts and diet) which caused the weight gain. It could have pandemic weight gain as well.

Ever since she started dating Michael B. Jordan, she is rarely not with him going by their Instagram posts. They seem to be taking a lot of vacations and going out a lot. With that sort of busy relationship, maybe she was unable to keep up with her regular schedule of exercises, workouts, and diet, which could be the reason for her weight gain.

Either way, as Lori Harvey herself revealed, she did gain weight of 15 pounds even though it was not much visible and her fans missed it, the fact that she had a weight gain which made her decide to have a weight loss with extremely harmful dieting measures remains intact.

What Lori Harvey did to counter the weight gain did not put her in a good light. When she detailed what she did to ditch the weight and get her body to that point (toned Met Gala physique), she shared that she had been consistently doing Pilates for the last year, and had been working out five-six times a week. For the first month and a half, since she started her weight loss journey, she had even done two workouts session per day.

Because Pilates alone will give people long, lean muscles, the influencer also did cardio. She sometimes went to the gym and hopped on the treadmill for 30 minutes, went on a hike, or ran the stairs after doing Pilates in the morning for the weight loss. All of which was fine.

But what people didn’t appreciate was her diet, which she said was a strict calorie deficit diet. For the weight loss, she had been consuming 1200 calories a day, eating meat and vegetables, and having minimal carbs.

After the video where she shared her workout regimen for her weight loss went viral, people began criticizing her for her promoting an unhealthy lifestyle while the others appreciated her candor about the things such as relationship weight gain.