Priscilla Presley’s Plastic Surgery: The Actress Had Botched Botox Treatment; Look at The Before and After Pictures! 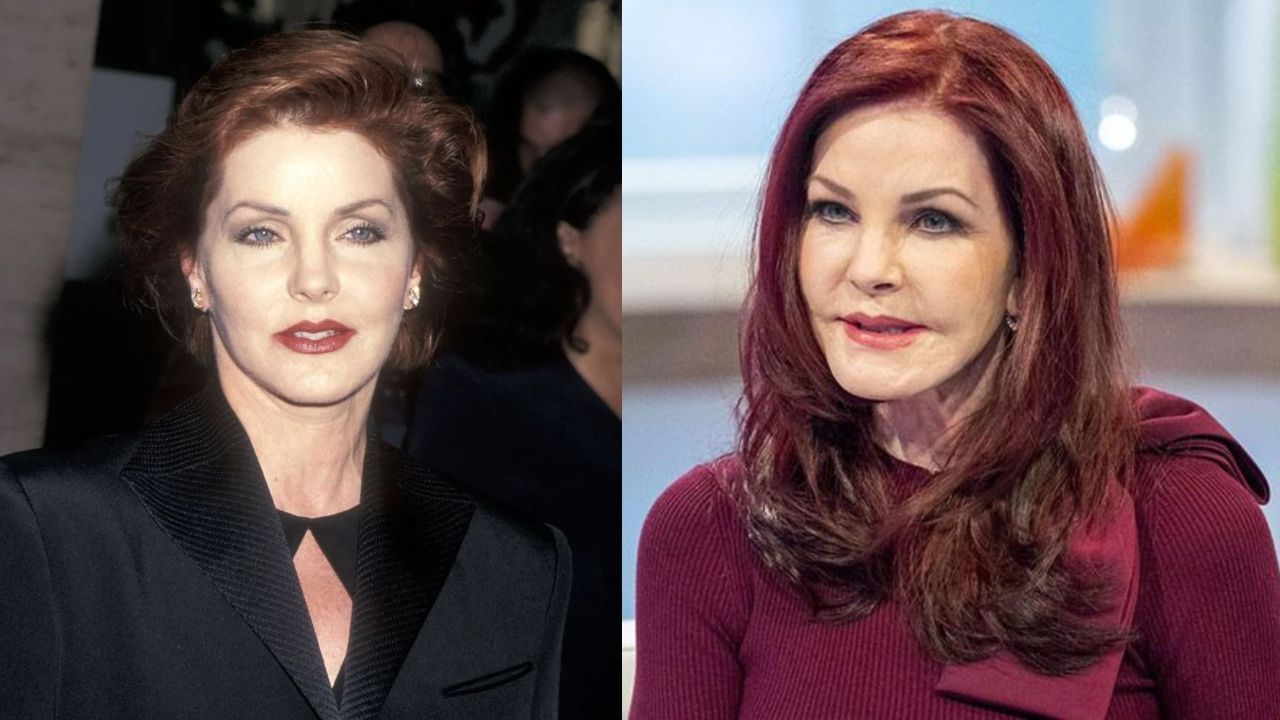 Priscilla Presley is mostly known to be the former wife of Elvis Presley. She is also an American businesswoman and actress. She also co-founded and was the former chairwoman of Elvis Presley Enterprises (EPE), the company that turned Graceland into one of the top tourist attractions in the United States.

As for her acting career, she has co-starred with Leslie Nielsen in the three successful Naked Gun films and played the role of Jenna Wade on the long-running television series Dallas.

The actress once used to be noted for her beauty and allure but how those times have changed because of her botched plastic surgery. The more she tried to delay her aging and retain the beauty she had, the more it slipped away from her. Read to learn more about Priscilla Presley’s plastic surgery!

Previously, we touched on the plastic surgery efforts of Karlie Redd and Hillary Clinton.

Whenever discussions about Priscilla Presley’s plastic surgery comes up, everyone thinks of the time she became one of the many unfortunate victims of a phony cosmetic doctor. The story is that she decided to get Botox probably intending to reduce the wrinkles and lines on her forehead and got lumps and partial paralysis on her face instead.

In 2003, late Elvis Presley‘s ex-wife paid a visit to Dr. Daniel Serrano to get Botox injections. Serrano, at the time, was a well-known cosmetic surgeon from Argentina who claimed the injections were ‘better than Botox’ that made him popular in Hollywood. And he was often frequented by Hollywood A-listers like Lionel Richie, his ex-wife Diane, and Larry King‘s wife Shawn King to get plastic surgery. He operated on them at lavish cocktail parties thrown by them and charged between $300-$500.

When Priscilla Presley chose him to get plastic surgery treatment, he probably charged her the same amount and did it at another lavish cocktail party, which was his modus operandi as it turned out, to inject his clients with industrial-grade silicone, the kind of silicone that is often used to lubricate car parts, only for Priscilla to form lumps, paralysis, and craters on her face.

The plastic surgery expert turned out to be a fraud and he was only licensed as a nurse when he did all the procedures. Priscilla Presley fell victim to an unlicensed doctor and had that botched treatment that ruined her looks. She underwent corrective surgery in 2008.

However, that was not the last time Priscilla Presley had plastic surgery. Or at least that’s what people believe. In 2017, the discussion about her cosmetic work began again after she made an appearance on the morning show Lorraine. She looked very not like her age with the smoothest and wrinkle-free face which her fans said had begun to look like uncanny valley.

People made rude comments about Priscilla Presley’s plastic surgery all over the internet. One of them wrote on Twitter, ‘what happened to aging gracefully’ while another user said that she looked like she had a scary mask on and she resembled something from the horror view on ITV Lorraine. She was crucified.

Despite those cruel comments for supposedly having just plastic surgery, she never admitted to them. So, opinions had been asked of experts who had not operated on her and had nothing to do with her cosmetic work. Dr. Andrew Miller thought that it appeared as if she has had a fair amount of fillers on her cheeks and probably Botox on her forehead.

Another plastic surgery expert Dr. Adam Hamawy was also of the opinion that Priscilla Presley had the help of fillers and Botox and he also believed that she might also have had a well-done facelift even though he felt it was hard to tell.

Dr. Vartan Mardirossian also agreed about Botox and fillers, but he was adamant about one thing and that was she did not have cheek implants because they gave a nice natural contour to the cheekbones as they basically reproduced the bone anatomy and she didn’t have that. And he also thought she had a very definite scoop to the nasal dorsum and the tip was refined.

Her cheeks are a little over-augmented, her mouth is a little pulled. She has had a good start but a bad finish. Her brows, which used to be very severe eight years ago when she had a brow lift that changed her whole look, are now settled. And her eyes actually look fairly reasonable. It’s really the mid-face (cheeks and nose) and the mouth that makes her look a little harsh and a little plastic. I think at this point you’d want her not to do any more volume with the mid-face section – just let it settle a bit. If she’s had a tension pull, allow it to relax. And just allow her face to age more appropriately.

RadarOnline reported in 2019 that an insider alleged that Priscilla Presley had plastic surgery to remove skin cancer, a procedure that required removing cancerous tissue from the bridge of her nose, which she covered up with a bandage for a couple of weeks.