Sandra Bullock’s Plastic Surgery: Rumors of Facelift and Cheek Fillers; Check Out The Actress’ Before and After Pictures! 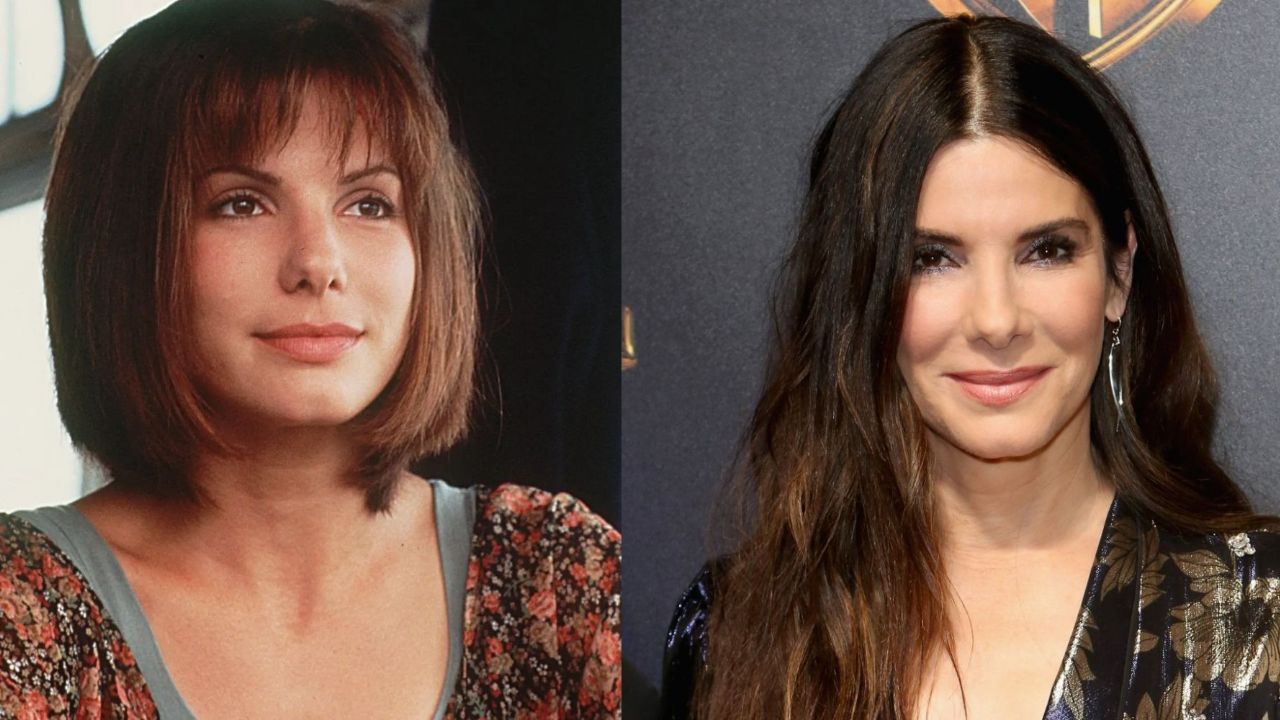 Sandra Bullock is an American actress and producer. She made her acting debut with a minor role in the thriller Hangmen and got her breakthrough shortly after in the action thriller Speed. After that, she established herself in the 1990s with leading roles in romcoms like While You Were Sleeping and Hope Floats, and the thrillers The Net and A Time to Kill.

In the following decades, the actress kept up the momentum with the comedies such as Miss Congeniality, Two Weeks Notice, The Proposal, The Heat, Ocean’s 8, and The Lost City; the dramas Crash and The Unforgivable; and the thrillers Premonition and Bird Box. She won the Academy Award for Best Actress for her performance in The Blind Side and was nominated for her science fiction thriller Gravity.

Sandra Bullock has also founded her own production company Fortis Films and produced several movies aside from being a prolific actress who has been working since the late 1980s. She has been in the public eye too long and has always looked youthful since people have come to know her, which has often made her the target of plastic surgery rumors.

Previously, we touched on the plastic surgery efforts of Simon Cowell and Olivia Newton-John.

Has Sandra Bullock Had Plastic Surgery? Experts Think The Actress Has Had Botox, Fillers, and Facelift!

Sandra Bullock has always been a timeless beauty who looks like she hasn’t aged a day since she was in her late twenties. For the record, she is 57. She is almost 60 but she could easily give a run to the young women in showbiz for their money. Such beauty does not come unencumbered, especially not in Hollywood. So, it’s no shocker that she has been suspected of having plastic surgery.

The 2018 Academy Awards got people doubting the integrity of Sandra Bullock’s cheeks. Her cheekbones were too prominent and the side profile of her face made her cheeks look more heightened which made people think that she has had plastic surgery i.e. cheek fillers.

However, Miss Congeniality has denied that she has had plastic surgery and addressing the rumors that she has taken the aid of cheek fillers to appear young and not hollowed out, she explained that her cheek looked that way not because of the fillers but because she was puffed up due to some allergies.

This past Oscars I was sick and had allergies, but I was like, ‘I’m just going to go. It’s part of my job, and I’m happy to be there.’

Sandra Bullock might have denied the speculations that she has had plastic surgery but that didn’t stop Closer Weekly from asking the opinions of the experts. They did not believe it when Sandra insisted that what she looked like had nothing to do with cosmetic surgery. So, they sought the thoughts of experts on whether or not they thought the actress has gone under the knife and what she has been doing to look gorgeous and youthful.

The Oscar winner once shared on The Ellen Degeneres Show that the secret behind her youthful skin was a facial with the specific special ingredient of the foreskin from Korean babies. This caused quite a controversy back then but the experts believed otherwise.

Dr. Adam H. Hamway, MD, FACS said that Sandra Bullock looked like a regular user of Botox and her use of Botox went as far as 2006. He believed that the actress had been getting too much plastic surgery and whoever injected her arched her eyebrows which made her eyes look angry all the time. And he explained further that she has since then, been given a softer and more natural shape to her brows.

Dr. Andrew Miller, a leading board-certified facial plastic surgeon in NYC and NJ, also thought among the same lines about her getting Botox. He said that she must have had a little Botox between the eyebrows as he could easily see that they are slightly lifted.

Another plastic surgery expert Dr. Vartan Mardirossian, who is renowned for her facial feminization surgery, assumed that Sandra Bullock has had Botox as well as cheek fillers. According to the expert, her forehead was too smooth and her eyebrows were perfectly arched which screamed Botox plus, she lost some volume in the lower cheeks but not in the upper cheeks (or cheekbones), which made her look like that she had fillers in her cheekbones to increase their volume and to improve the contour.

That was not the first time Sandra Bullock has been suspected of undergoing plastic surgery and it is definitely not going to be the last. And it was not the first time she had addressed the accusations as well. In 2015, she used humor as a defense mechanism against people’s accusations and jokingly said that she had Botox and liposuction when she was asked about her beauty secrets.

It’s tons of plastic surgery! It’s a lot of liposuction. Bangs before Botox is what I say. I’m wearing a really tight dress that’s sucking it all in right now.

And way back, in 2011, Sandra Bullock was suspected of having lip fillers after she was spotted walking through the airport with lips described as fuller than usual. She was also thought to have had a nose job in her younger years.

But the Speed actress had been denying the accusations of plastic surgery and even insisting that she would never go under the knife even before. When she was asked if she would ever get facial tweaks, she replied,

Absolutely not. I love what I have.