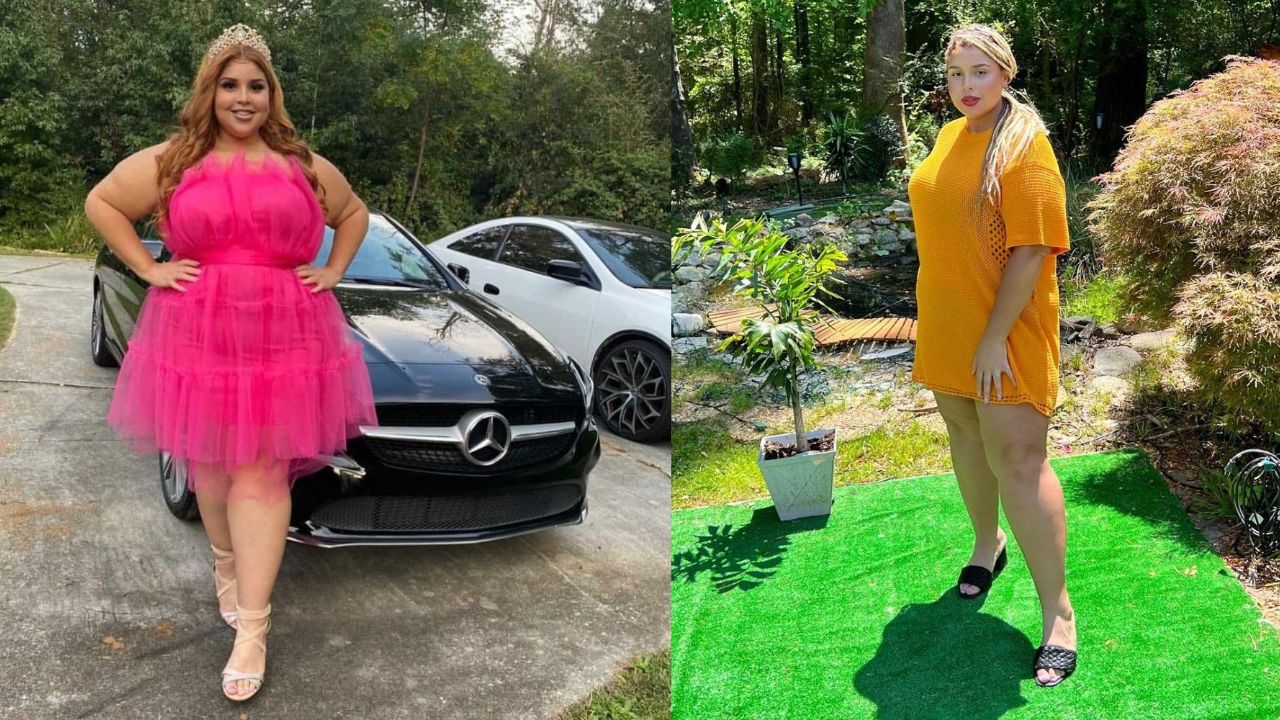 Winter Everett of The Family Chantel fame underwent a weight loss surgery recently in Mexico, the same place where the TikTok star called Weight Loss Barbie, who she was inspired from, went. Since the reality star has been documenting her journey of losing weight on Instagram since the show started, fans want updates about her health, as of 2022, and want to know how much she weighs now. They seek before and after pictures of Winter Everett’s bariatric surgery.

Though The Family Chantel is one of the many spin-off shows of the 90-Day Fiance that centers around the relationship of Chantel Everett and Pedro Jimeno, Winter Everett has far taken over the success and popularity of the show that airs on TLC. The sub-plots featuring the younger sister of Chantel are much more loved and appreciated by the audience.

The television personality really struck a chord with the viewers of The Family Chantel with her issues and struggles with weight. With her kind and sweet disposition, she garnered an impressive following in a short time. She often shared her weight loss pictures on Instagram, which people found to be very inspiring.

90 Day Fiance might have documented the very compelling and engaging story of  Chantel Everett and Pedro Jimeno, but The Family Chantel gave people Winter Everett and her weight loss journey which they found much more relatable and interesting.

Now that the fourth season of The Family Chantel has aired on TLC, fans want the updates and details about her weight loss. They want to know how much she weighs now in 2022 after she underwent bariatric surgery.

Previously, we touched on the weight loss stories of Oprah Winfrey’s Gummy and Nancy Cordes.

Winter Everett (@winterckyler) gained her fan following through The Family Chantel by documenting her weight loss journey. With the success of the TLC show, she made her social media presence largely about her weight. She began detailing everything about what she was doing to shed those extra pounds and posting the results of that on her Instagram. So, audiences have always been on that journey with her. So, now that the new information has come to light about her weight loss after The Family Chantel Season 4 aired, fans want the latest updates as of 2022.

In the promo for this season’s teaser, they hinted at a life-changing medical decision Winter Everett makes in relation to her weight. Now we know that she had chosen to have a weight loss surgery. This does not exactly surprise the fans because it was always a possibility. During Season 2 of the show which was filmed sometime in 2019, the cameras followed her to a consultation appointment for bariatric surgery. At that point, she was 313 pounds which frustrated her endlessly.

The TLC star couldn’t fathom why she was the complete opposite of her sister when it came to physicality because as she said, ‘both of them lived the same life in which they ran together, were on the cheerleading team together, and ate healthy together’. But Chantel turned out to be perfect and fit whereas Winter was left looking very big. The number on her weight scales is no joke.

And it didn’t help that Winter Everett had been trying to do everything she could do for weight loss and yet, she somehow reached the scary 3s on her weight scale. No amount of dieting and workouts worked for her, which finally might have made her decide to go big to get rid of those excess pounds and get that surgery.

In the Season 4 premiere of The Family Chantel, the reality star said,

“After the breakup, I was sitting in my room scrolling through TikTok and I saw the Weight Loss Barbie. She was telling her story about how she has the bariatric surgery in Mexico. So, I decided that this would be a great opportunity for me. “

In the second episode of the reality show, Winter Everett underwent the surgery. Following in the steps of the TikTok star, Weight Loss Barbie, she went to Mexico accompanied by her mother Karen Everett to have the gastric sleeve procedure. The Everett family, just like the synopsis for episode 2 said, were on ‘pins and needles’ as they waited for the release of Winter from the operating room.

All of them were stressed out over the possibility of the weight loss surgery going wrong. Chantel was worried about certain risks of the surgery like bowel obstruction, bruising, and infection. They also feared for her physical and mental health.

Even Winter Everett herself was anxious about it and how the surgery would change her relationship with her weight but she went through with it because weight loss had never been easy for her. The gastric sleeve procedure would significantly reduce the size of her stomach, which is more than can be said about the results of her weight loss journey till now.

The Family Chantel’s fan-favorite had revealed a weight loss of 50 pounds on a now-deleted Instagram post with comparison photos she shared of herself before and after losing weight.  Since then, she had continued on the journey to get rid of her weight, which she documented on Instagram with photos of her workout and meal plans.

Winter Everett recently shared a new dieting trick, which could be said to be more of a weight-loss hack. She shared a video of her trying a hack she found on the Internet to create a healthier alternative to Coca-Cola on her Instagram page. She mixed balsamic vinegar with flavored sparkling water on camera. She said that the mixture did not taste like Coke but she liked it anyway. But some fans thought her expression was one of dislike so they didn’t buy it. Maybe it’s better not to put stock in her continuing with this weight loss hack.