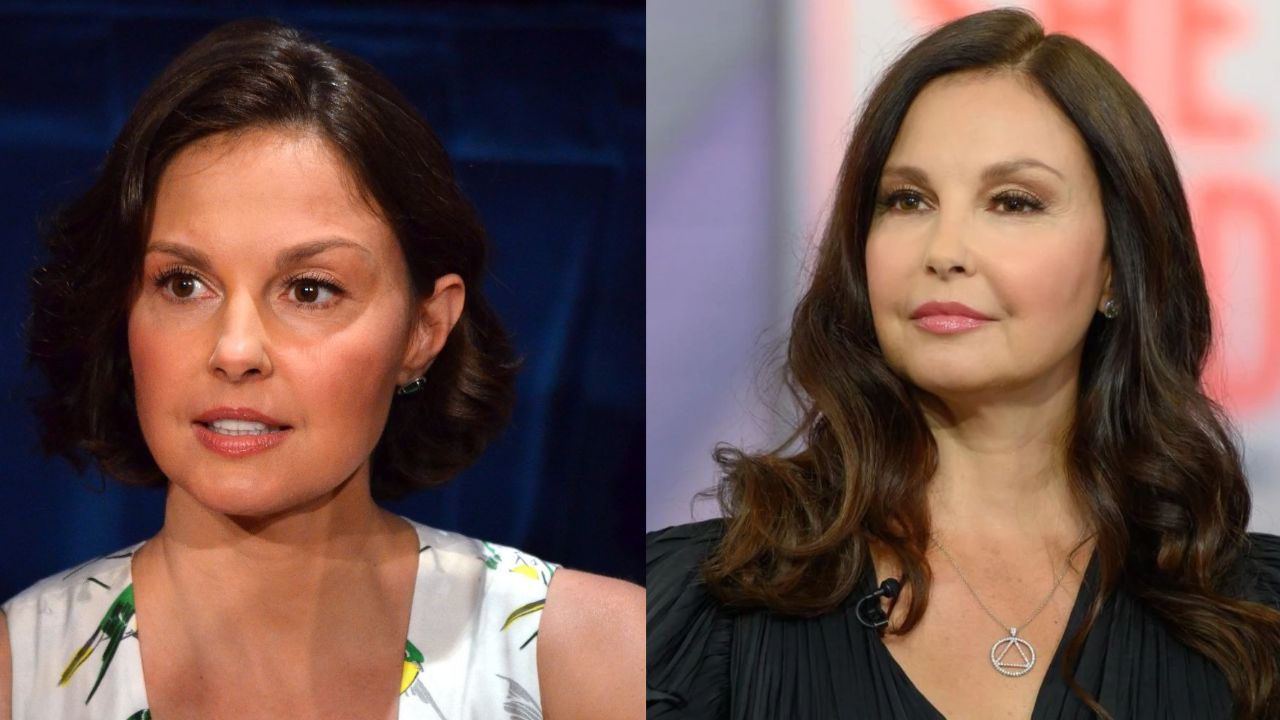 Ashley Judd is an American actress who is recognized for a number of movies that have been box office as well as commercial successes like Norma Jean & Marilyn, Double Jeopardy, High Crimes, Divergent, and many more. She was nominated for a Primetime Emmy Award for Outstanding Lead Actress in a Miniseries or a Movie for her compelling portrayal of Rebecca Winstone in the 2012 television series Missing.

Ashley Judd got into the performing scene as she was brought up in a family of performing artists with serious talent among them. She happens to be related to the country music duo The Judds. She is one of the daughters of the late Naomi Judd and the half-sister of Wynonna Judd. Even though she has had a long acting career that has spanned more than three decades, she has managed to become increasingly involved in global humanitarian efforts and political activism.

Previously, we touched on the plastic surgery efforts of Mike Jeffries and Katrina Lenk.

Ashley Judd’s Plastic Surgery: Is Her Puffy Face Due to the Face Accident?

Recently, country music faced a grave loss when the country music legend Naomi Judd breathed her last at the age of 76 after losing the long battle she had been enduring for a long time with mental illness. To honor her memory, a tribute was paid to her by inducting her into the Country Music Hall of Fame 24 hours after her passing away. The musician’s daughters Wynona Judd and Ashley Judd attended the event, where Ashley gave a heartfelt touching speech about her late mother. It was sad and emotional.

But it didn’t take long for people’s attention to fall on Ashley Judd’s face. They failed to read the room but didn’t fail to make observations that Ashley now looked very different. People believe the difference is due to plastic surgery she has had and this is not the first time there have been speculations of plastic surgery on her. But this time, she looked significantly different even from her post-plastic surgery days. Her face looked even puffier than usual.

Back in 2020, Ashley Judd became the butt of the joke when she was ridiculed and made the laughing stock because of her puffy face when she appeared in a video for Democratic presidential hopeful Elizabeth Warren. People didn’t think to be sensitive, assumed plastic surgery had gone bad and didn’t hesitate to say things like ‘I’ve heard of plastic surgery, but this puffy-rubber surgery is a new one to me.’ Amusing such a statement would be if it weren’t for its degrading and cruel tone.

And the puffiness of her face was indeed due to plastic surgery (Botox) as people now know, but they didn’t know why she chose to have plastic surgery. And that made all the difference and she became enraged at those disgusting remarks about her face. It was then that the actress made a revelation through a Facebook post that she does receive regular Botox injections to combat ‘siege migraines.’

The decision to get plastic surgery had not been motivated by cosmetic purposes, but by medical purposes. At that point, Ashley Judd had been sick with migraines and was desperately seeking regular treatments. And Botox had been approved by the Food and Drug Administration as a treatment for chronic migraine headaches according to the Mayo Clinic. It was a standard treatment for the ailment that she experienced. She had been receiving 31 injections of Botox every twelve weeks which was paid for by her union insurance. A fact that she had refrained herself from posting because it was of a medical nature and could be excerpted and used against her, which her friends were kind enough to remind her, but could no longer keep to herself because of the situation.

This is not the only instance when Ashley Judd had been criticized because of her physical features. In 2012 as well,  the rumors about her having plastic surgery, especially fillers had emerged when she appeared on a Canadian talk show to promote her new TV series Missing where she was looking a little bloated. And this time as well, the changes had been due to a heavy dose of medication she had been taking as she was battling an ongoing, serious sinus infection and flu.

Ashley Judd had inadvertently started a trend of #prednisone when in response to a tweet of a young lady who said she had quit school after weight gain from prednisone, she tweeted, “steriods r dramatic. My clothes don’t fit right, hard on a girl’s self esteem, so lots of positive self talk & love.”

People posted comparison photos of themselves before and after the use of prednisone because of various medical ailments, where all their faces looked puffy in the latter picture, in support of Ashley Judd.

Ashley Judd, meanwhile, wrote an article in The Daily Beast where she revealed that she had been on steroids and criticized the nasty and misogynistic conversation surrounding the accusations of plastic surgery she had to face on account of her puffy face. The article was republished in 2020 after another round of plastic surgery rumors started with a revitalized interest in her face.

Like in an unsuccessful and inaccurate Chinese whisper game, through grapevines of rumors among the general public, there are many who believe that the changes in Ashley Judd’s face are due to some face accident. But there is no truth to that. Maybe people believe that the face accident that altered her face so involved Ashley falling face down and causing her to require treatments that now affect her face? She had been in an accident where she shattered her leg when she tripped over a fallen tree in a Congo rainforest.

Anyway, now the rumors and speculations of Ashley Judd having fillers and plastic surgery can be settled down now that we know it was all due to and for medication. When you look at her recent photos from the Country Music Hall of Fame, I guess just think of what a resilient woman she has been and still is.