Taylor Swift’s Weight Gain: The Superstar Suffered From Eating Disorders and Did Extreme Workouts Before She Gained 25 Pounds; The Singer Then and Now! 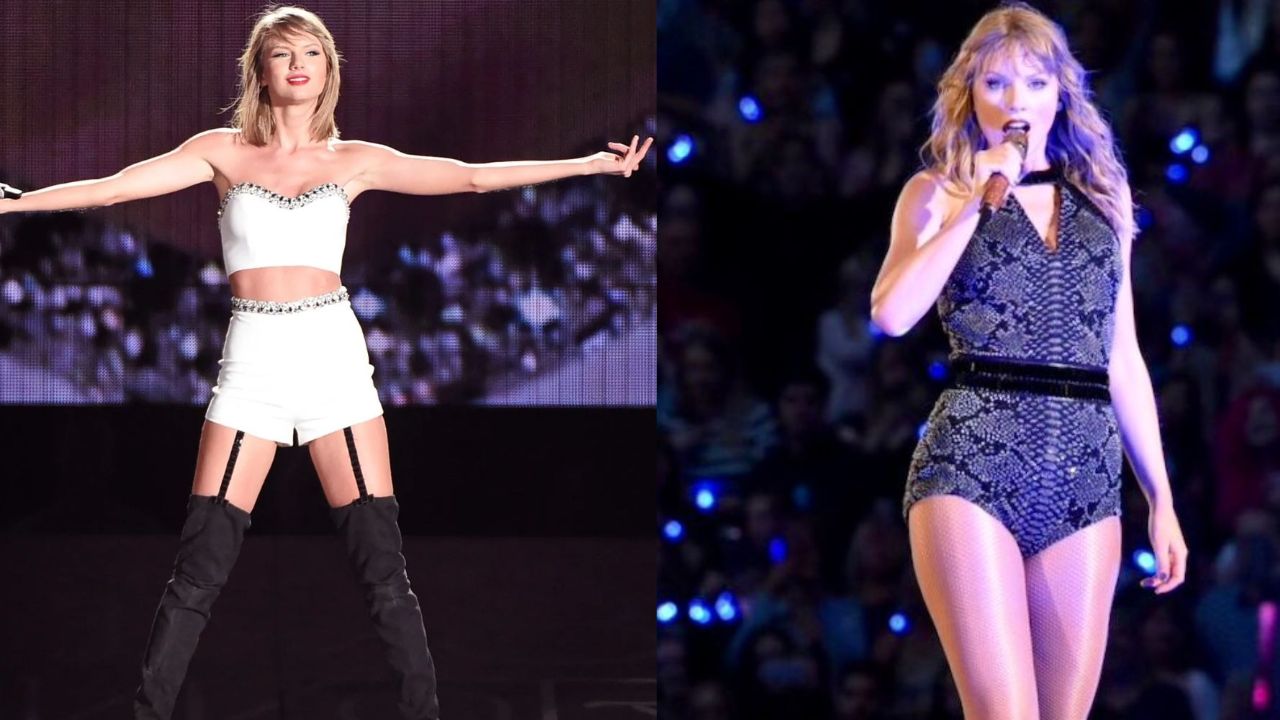 Taylor Swift was alleged to have said that she had a weight gain of 25 pounds at a listening party of her album Reputation she held for her fans. The superstar later opened up about her body image issues and the subsequent eating disorders that she got after she starved herself every time she received comments about her weight she thought were unflattering in an autobiographical documentary Miss Americana. Now, Taylor Swift has reached that point in her life where she is not concerned about weight gain or comments about it and is constantly working on body acceptance.

Taylor Swift is easily one of the biggest musicians to come out of the American music industry. She is a pop icon who is also one of the best-selling singers of all time having sold more than 200 million records worldwide. Her concert tours are also some of the highest-grossing in history.

Taylor Swift has 11 Grammy Awards (including three Album of the Year wins), an Emmy Award, 34 American Music Awards (the most for an artist), 29 Billboard Music Awards (the most for a woman), and 58 Guinness World Records, among other accolades, to her name. She was featured on Rolling Stone‘s 100 Greatest Songwriters of All Time in 2015, Billboard‘s Greatest of All Time Artists in 2019, the Time 100, and Forbes Celebrity 100 rankings.

While the pop star was enjoying such an illustrious career, behind the scenes, she was suffering from body image issues because she fed into the skinny trend that was going on. She was working very hard and laboring at the gym to maintain her body. But she was not going to live like that forever. After she came to the realization that her living like that was not normal, she stopped living like that and had a healthy weight gain. Continue reading to learn more about Taylor Swift’s weight gain!

Previously, we touched on the weight gain efforts of Lili Reinhart and Luke Bryan.

Taylor Swift’s Weight Gain: The Singer Had Body Image Issues Then; She is Working for Body Acceptance Now!

Taylor Swift (@taylorswift) was alleged to have revealed that she had a weight gain of about 25 pounds by fans who attended the Reputation secret sessions (a private listening party for her album Reputation she held for some of her fans). Well, what she said was that she gained 25 pounds and the paparazzi kept asking her if she was pregnant.

Taylor Swift surprised her fans everywhere with her weight gain in 2018 when she finally came out of hiding she was in for about a year since that infamous ‘Kimye’ call. It was on her Reputation tour that she debuted her new body. She looked very healthy for a change is what many fans said. Apparently, most of them didn’t think that the way she looked prior to the weight gain (she looked very skinny) was very healthy.

But little did they know that Taylor Swift herself had put a lot of effort into looking like that and staying that skinny because she genuinely believed that weight gain was the worst thing that could happen to her. The You Belong With Me singer revealed much later how, despite being so thin, she used to get very triggered by comments about weight gain. This does come in line with how she used to religiously labor at the gym.

While everyone was used to seeing the skinny Taylor Swift, they were genuinely surprised to see that she had a weight gain sometime after 2016 and looked much thicker. People were commenting things like ‘she went from a twig to a stick’ to compare her before and after. Fans, in general, were happy to see her post-weight gain as many of them thought that she looked much underweight and dangerously thin before and she got the ‘much-needed weight’ after.

Addressing her weight gain, Taylor Swift did talk about the body image issues she had that drove her to look the kind of skinny she did in her 1989-era. The Shake it Off hitmaker broached the subject in her Netflix documentary Miss Americana. She said in the documentary that there had been times in the past when she saw a picture of herself where she felt like she looked like her tummy was too big or when someone said she looked pregnant which would just trigger her to just starve a little bit.

Fans were shocked and saddened to hear that Taylor Swift had been going through all this before she had that healthy weight gain. They disbelieved in equal measure because they couldn’t ever imagine that Taylor was going through such things where she was triggered by such comments as she had always been so skinny. But she used to get skinny-shamed as well. That was a confusing time for her.

Now Taylor Swift has gotten over it and is at a point where she is not concerned about weight gain and people’s comments about it. She said that she had reconciled with the fact that she had become a size 6 instead of a size double-zero. It came after a long period of her starving herself to not gain weight and then suffering from eating disorders as a result, but it came eventually.

It’s a great thing for her self-esteem and body image issues that Taylor Swift is never ever going to consider it a win if somebody who worked at a magazine said, “Oh, wow, this is so amazing that you can fit into the sample sizes. Usually, we have to make alterations to the dresses, but we can take them right off the runway and put them on you,” and motivate herself to keep her body like that for praises like that.

Or that she is not going to take it as her personal defeat when a tabloid would make headlines that she was pregnant just because she wore something that made her lower stomach look not flat, and force herself to starve for ‘looking pregnant.’

In an essay titled 30 Things I Learned Before Turning 30 for Elle‘s cover story, Taylor Swift touched on her changing feelings about her weight gain. She wrote that she had learned to stop hating every ounce of fat on her body and she had worked hard to retrain her brain that a little extra weight meant curves, shinier hair, and more energy. The Love Story songstress said that she was constantly working on her body image issues.