Who is Buell in The Woman in the House Across the Street from the Girl in the Window? Meet Actor Cameron Britton! 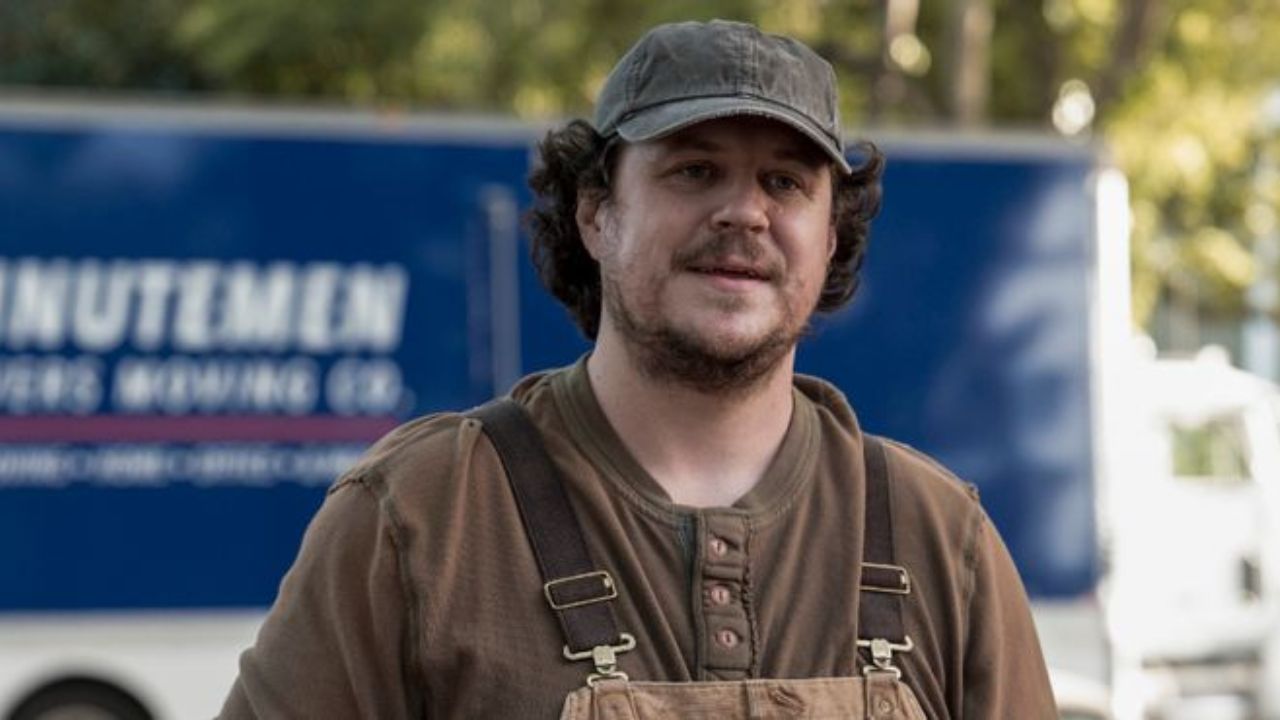 Buell is his family killer who was the first patient Douglas worked it. Douglas hired him to build a mailbox when Anna was pregnant with Elizabeth and now, Elizabeth has been gone for three years, and still, he’s not done with the mailbox. It’s just a recurring joke in the show but could Buell, with his past records in killing, be Lisa’s killer?

If you didn’t already know, Netflix is back with The Woman in The House Across the Street from the Girl in the Window. The series is a dark comedy murder mystery thriller that is packed with outrageously outlandish backstories, shocking plot twists, and several visual gags. The show is a parody after all.

One of the recurring visual gags is Cameron Britton‘s Buell the handyman and his unrequited love for fixing mailboxes. Spoiler alert, mailbox never gets fixed and Buell is more than just a part of the running background gags.

Previously, we touched on Season 2, Kristen Bell’s plastic surgery, the filming location of The Woman in the House, the changing tombstone, and the death of daughter Elizabeth.

Buell the Comic Relief or Buell the Killer? The Woman in the House Across the Street Explained!

Buell is the man who is supposed to fix Anna‘s mailbox. He is the one who never manages to fix that damn mailbox even in the entirety of the season. Does it take that long?

However, we are overlooking how Buell never finishes the one job he was hired to do because the absurd reasons that stand in between him and his task of mending the mailbox are one of the running sight gags of the show.

The show is a parody of domestic suspense which skewers the tropes of thrillers by the employment of various devices, one of which is Buell and the mailbox.

But he is not just a comical relief of the dark comedy thriller. He plays a slightly bigger role than that. For one, he is the ghost that haunts Anna’s attic.

The strange and unusual sound coming from Anna’s roof, that makes her believe in monsters, is his. Although initially, Buell does not seem to have much of a role, as Anna slowly begins unraveling, he also gets wrapped up in it.

Buell and Anna go a long way back to when Douglas, Anna’s husband hired him to build a custom easel for her. After Anna gets released on bail after she was framed for Lisa‘s murder by someone who planted her palette knife in the murder scene, she begins wondering who might have access to her kitchen.

That’s when she finally gathers up enough courage to go to the attic only to discover that Buell had been living there. She suspects him of killing Lisa. So, he asks Douglas if there was anything he omitted to tell about Buell back when he hired him.

Well, that opens a can of worms and gives us an insight into what kind of a person Douglas is. So Douglas works as a forensic psychiatrist in the FBI and he specializes in serial killers.

And how he came to know Buell was his very first patient when he first began working as a therapist to the criminals.

Buell was diagnosed as being criminally insane after he bludgeoned his entire family brutally to death with a claw hammer. Douglas worked his therapy magic on him after which he was rehabilitated and released from a state hospital. Then, Douglas kindly hires Buell as a handyman.

Douglas, Douglas, Douglas! What an absolute ass! Why the hell is he even allowed to talk to serial killers? What kind of therapist forms a relationship with their client/customers/beneficiary after office hours much less hire him as an employee?

Specifically, who hires a violent family killer and sets him up with his own family? Not professional ones anyway.

Granted, he is rehabilitated but still, should Doug be doing this? And something about the way he calmly tells Anna about hiring Buell with no remorse, no self-awareness, and no apprehension, even when there was a murder like he employs killers for a living, does not sit well with me.

But after all, what can be expected from the man who didn’t think twice of taking his eight-year-old daughter to his place of work filled with killers and who ‘forgot’ her and left her with a cannibal?

If only it was him and not Buell’s family he had killed with a clawhammer, Elizabeth would have still been alive and no killers would have been outsourced without disclaimer to unsuspecting people. But whatever we are focusing on Buell here.

So, as Anna is processing all things that have come to light about Buell, she sees him going towards Neil’s house in the rain. She follows him to find him severely wounded and Neil dead at the hands of a nine-year-old Emma.

And it is revealed that Emma is the one who did the killing. Did I mention that this show is not meant to be taken seriously because if I didn’t, now you know!

After everything gets sorted out with Emma being known as the killer to everyone, Anna allows Buell to continue living in her loft? That couple is crazy with capital C, R, A, Z, and Y.