How Did the Daughter Die in The Woman in the House Across the Street? 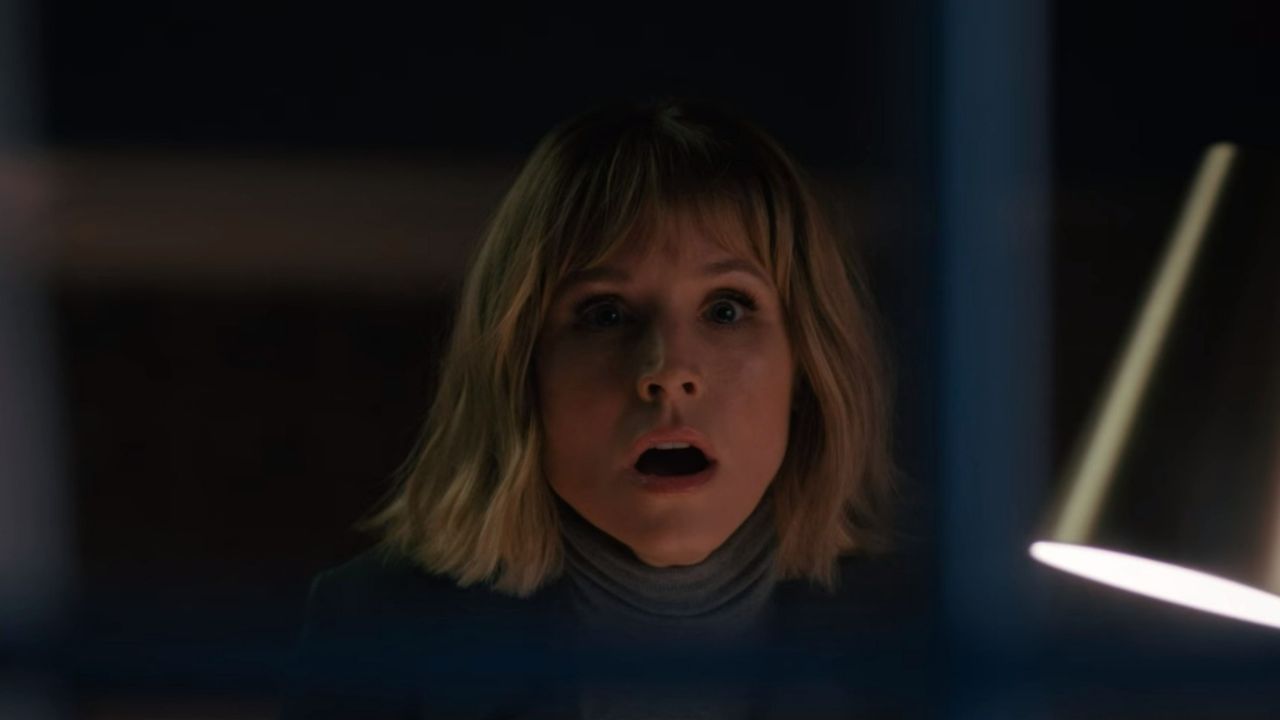 Elizabeth, Anna’s daughter in The Woman in the House Across the Street from the Girl in The Window is killed and then eaten by a cannibal Massacre Mike when she is left alone in a room with him the day she goes with her father to his workplace for Take your Daughter to Work Day.

On January 28, Netflix debuted a new dark comedy murder mystery thriller The Woman in the House Across the Street from The Girl in The Window, which is a parody of the tropes of the thriller genre.

The mystery is the murderer who kills the girl in the window Lisa, which is witnessed by the woman in the house across the street Anna.

It becomes a real challenge for Anna to convince people that she did, in fact, saw someone kill Lisa because she’s just a winoholic woman who is not taken seriously because she hallucinates.

How Anna came to be a sad shell of the woman she used to be is because she is deeply traumatized by her daughter’s death. Part of why she was still so disturbed (her daughter died three years ago) was the manner in which she died, or rather how she was killed.

How Did Daughter Elizabeth Die in The Woman in the House Across the Street from The Girl in The Window?

The murder mystery begins with Anna preparing a chicken casserole and hearing strange noises from her attic. She keeps on drinking wine and spying on her neighbors.

The fact that Anna is unreliable and not in the correct state of mind is cemented when she prepares to go on a date set up by one of her neighbors for her.

Before she leaves for the date, she turns to her daughter and asks her to give her a kiss. Her daughter Elizabeth, in turn, replies that she can’t because she’s dead. The thrill’s starting and hints of mystery too.

Since the series is a parody of the thriller tropes, we knew that murder and death were going to be a part of it. But this was fast. It becomes very clear that the reason Anna is soaked in wine and is just passing her days doing nothing is due to the traumatic experience of her daughter’s death. So, the question arises: How did Elizabeth die?

As it happens, eight-year-old Elizabeth was killed very brutally and then eaten. Everything was going on smoothly and was fine in that happy family of those three – Anna, her husband Douglas, and their daughter Elizabeth.

Until that one rueful day arrived which ended up costing one of their lives that forever changed the course of the lives of the other two. Anna suggests Douglas take Elizabeth for Take Your Child to Work Day.

For the record, Douglas works as a forensic psychiatrist for the FBI and he specializes in serial killers. That means that his job entails being very exposed to dangerous criminals.

Not sure why the parents imagined it a good idea to bring their daughter into that environment. They didn’t even do a double-take on it. We can tell this is not going to go down well.

What happened after that was in line with the over-the-top approach to satirizing the mystery-thriller genre. Little Elizabeth was accidentally and forgetfully and carelessly and irresponsibly, by her doting father Douglas, left alone in a room with one of the killers – not just a killer but a human flesh-eating killer.

It’s really not necessary to spell it out further especially because of how gruesome you can imagine it gets, but yeah, Massacre Mike the cannibal got himself a human treat that day.

He killed Elizabeth and ate that poor defenseless child. This scarred her parents for their lives. They are doomed to be haunted forever by this ghastly accident that took their daughter’s life.

This is all just an exaggerated mockery of the thriller genre but just how ridiculous this is? If memory serves me right, then the most famous cannibal Dr. Hannibal was locked up in a glass prison cell and all visits with him were super supervised.

Even an FBI trainee, an adult Clarice Starling was allowed to communicate with him only through the cell. So, what happened with Elizabeth being left in a room with an unrestrained killer is just preposterous.

Not even Douglas should have been communicating with Massacre Mike unrestrained and unsupervised. Why he didn’t think twice about exposing his pre-adolescent daughter to the very much unbound and free convicted killer is just plain crazy to me.

And guards in a facility that inhabits all kinds of dangerous criminals seemingly are too much to ask for!